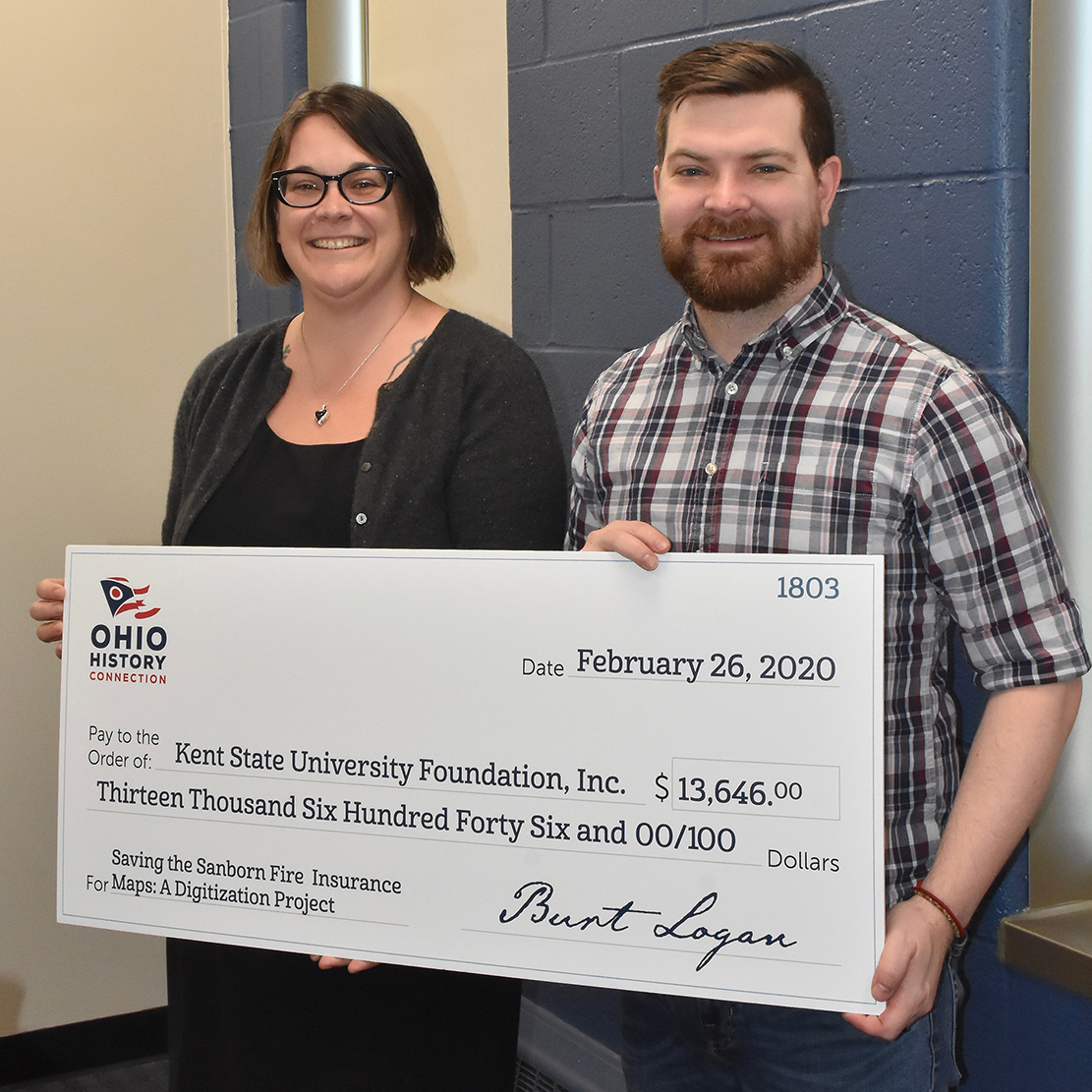 On Ohio Statehood Day, February 26, Kent State University Libraries was awarded a $13,646 grant from the Ohio History Fund to partially cover the digitization costs of their Sanborn Fire Insurance Map Collection. The grant will provide funding to create free, online access to high-resolution, digitized copies of these sought-after resources. Aside from the United States Library of Congress, Kent State is the holding institution for the largest and most complete set of Ohio Sanborn maps. These large-scale street plans were produced by the Sanborn Fire Insurance Company from 1867 to 1970.

Numerous patrons regularly visit Kent State University’s Map Library to view the physical Sanborn maps or request electronic copies of them. The maps are of interest to a variety of researchers, historians and library patrons seeking to locate and identify buildings and neighborhoods, study the growth of towns and cities, build ancestral records, determine the impact of new developments and more. In addition to providing this open resource to inquiring patrons from anywhere in the world, digitizing the collection will greatly reduce the physical handling of the maps and contribute to their preservation.

The Sanborn maps digitization project, coordinated by Virginia Dressler, digital projects librarian, and Michael Hawkins, data librarian and head of Kent State’s Map Library, began in early 2019, through initial funding from the Ohio Local History Alliance ($2,500.00). The first portion of the project covered digitization of maps for Cleveland, Columbus and Cincinnati, totaling 5,825 individual map plates. The remaining portion of the project will digitize roughly 20,200. In total, more than 25,000 maps will be digitized, covering all Ohio cities and towns in the Sanborn collection.

Upon the project’s completion, estimated to be in fall 2020, Kent State University Libraries’ digital collection of Sanborn maps will be available through the university’s institutional repository, Open Access Kent State. Eventually, this collection will also be added into the Digital Public Library of America.