Who's Cluff and Why Is His Name on Franklin Hall?

Above the main entrance to Franklin Hall, high up on the pediment, you’ll see the words “William A. Cluff Teachers Training Building." Notably, Franklin Hall is one of the few buildings on campus that is not named after a person, but after Franklin Mills, the original name of the city of Kent. The building was given that name in 1956.

So, who was William A. Cluff? Prior to 1956, Franklin Hall was known as the William A. Cluff Teachers Training Building. Cluff was secretary of Kent State Normal College’s Board of Trustees, serving on the board from 1921-1931. Before this building was constructed in 1926, laboratory teacher training was conducted first in Merrill Hall, beginning in 1913, and then moved to Kent Hall in 1916. 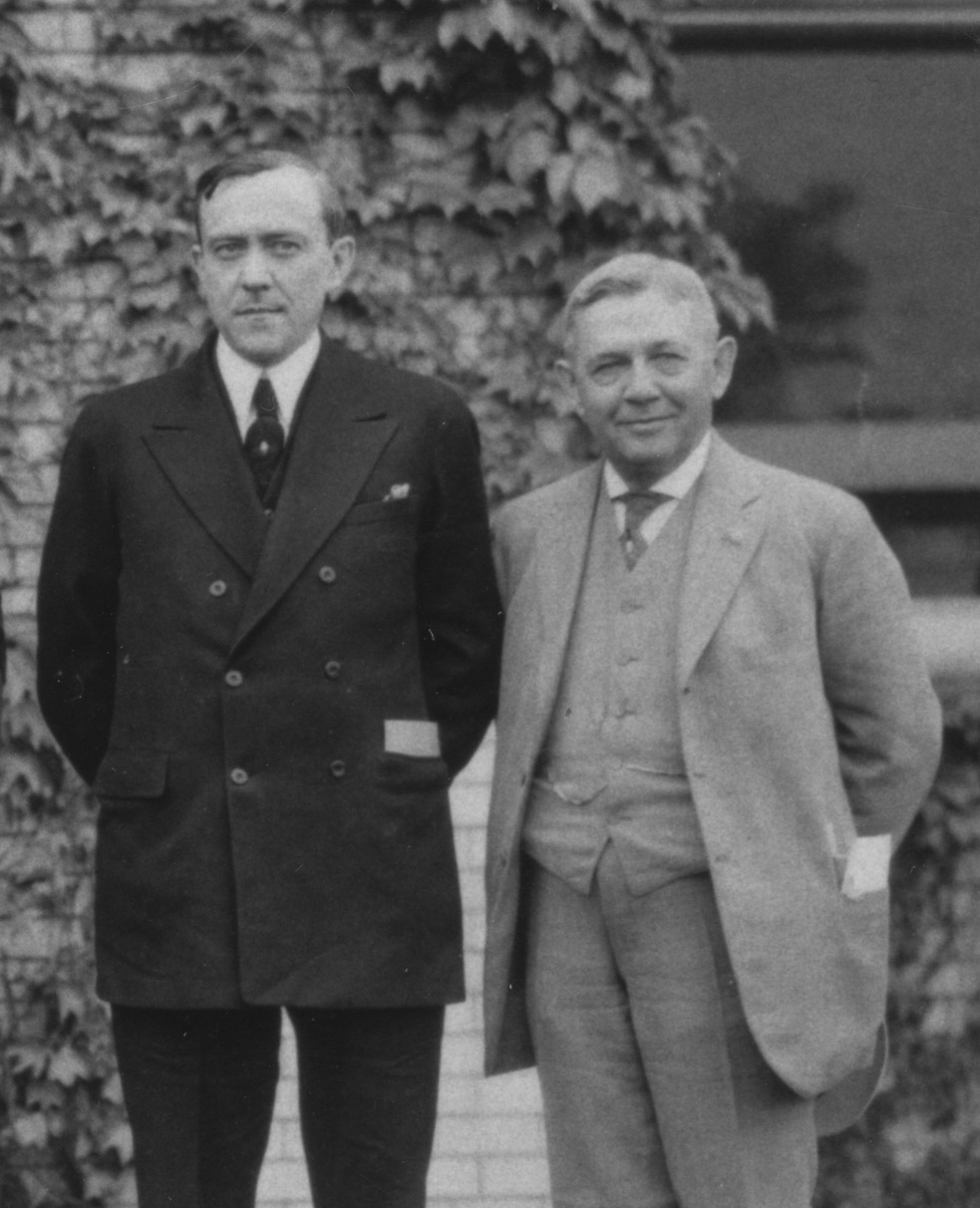 William A. Cluff (left) with fellow Board of Trustees member Charles A. Seiberling.

Cluff and fellow board member David Ladd Rockwell, who served on the board from 1919-1933, generated controversy as they dominated the actions of the Board of Trustees in the early half of the 1920s. Critics accused them of operating the board “like a political campaign.”

One of their most dramatic actions while on the board was orchestrating the ousting of Kent State President John McGilvrey in 1926. Since his appointment as Kent State’s first president, McGilvrey’s exceptionally passionate pursuit of experimentation and advancement for the good of Kent State had stepped on certain toes and ruffled some feathers.

His vigorous, ongoing campaign to establish Kent State Normal as a university resulted in tensions with the board and a public battle with Ohio State President William Oxley Thompson. This particular controversy gave Cluff and Rockwell the leverage they needed to dismiss McGilvrey from Kent State.

In 1934, Rockwell made a stormy, final departure from the board after an unsuccessful attempt to depose Kent State's then-current President James Orzo Engleman.

With this exit, Cluff's exit in 1931 and Kent State on the cusp of realizing McGilvrey’s dream of becoming a university, supporters of McGilvrey, including alumni, townspeople and older members of the faculty, sought to honor his outstanding contributions to the university and encourage his return to campus.

The trustees voted to rename the Cluff Building in McGilvrey's honor. Recognizing that having his name supplant that of one of his top critics would likely generate negative publicity for the university, McGilvrey instead asked to be named “President Emeritus.”

McGilvrey rejoined the university faculty in 1934 and was tasked by President Engleman with rebuilding the support of Kent State alumni that had fallen away when he was dismissed from the university. But McGilvrey, in characteristic fashion, had a much larger vision: to transform Kent State’s 7,000+ alumni into to a well-organized group to build “a greater alma mater.”

During his final years with Kent State, McGilvrey headed the fundraising drive to construct a new science building on campus. McGilvrey Hall, built in 1940, was dedicated in his name.

The William A. Cluff Teachers Training Building retained its name until 1956, when the teacher training program was moved into the newly constructed University School building on Morris Road (now the Michael J. Schwartz Center). The interior of the Cluff Building was remodeled into classrooms for general use and renamed Franklin Hall. Today, Franklin Hall is home to the School of Emerging Media and Technology and the School of Media and Journalism within the College of Communication and Information.

The Kent State University School operated from 1956 until 1982 and included an elementary school, junior high and high school. In 1988, the University School building became the Student Services Center and was later named the Michael J. Schwartz Center. 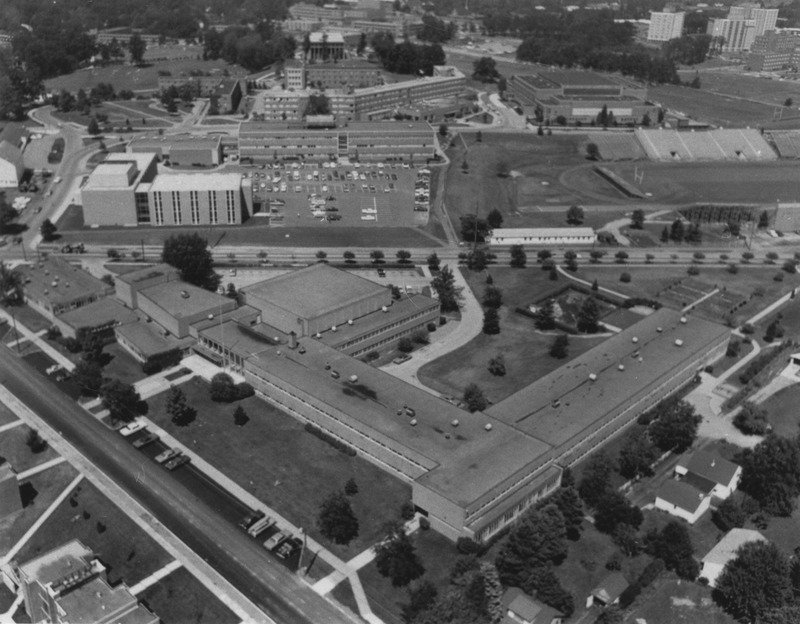