The Fashion School at Kent State University held its 37th annual fashion show April 26 and 27 in the school’s home of Rockwell Hall on the Kent Campus. Models worked the runway, which flowed from the catwalk in the Rockwell Auditorium and out into the second-floor atrium, giving viewers an up-close glimpse at the construction of the student-made garments.

The theme of the 2019 show, “FS2: Impression,” was developed by the student production team, led by senior co-producers Katie Cartwright and Kylie Douglas. The entire production was made up of 263 students, which included the production team, designers, models, dressers and ushers. Fashion School professors Joanne Arnett and Sue Yoder oversaw the production as the faculty co-directors.

“Impression” was inspired by the unique perspectives at the Fashion School and how those views change over time.

“As each year passes, our perceptions take on different forms, slowly evolving us into the people we were meant to be,” said Ms. Cartwright and Ms. Douglas.

The show featured designs from 87 fashion students, including 20 collections from senior Bachelor of Fine Arts (B.F.A.) designers. The work spanned all categories of fashion including eveningwear, casualwear, a junior’s collection, a collection made from upcycled fire gear and even a collection designed for women in wheelchairs, to name a few.

In an effort to showcase and enhance the school’s global partnerships with other prominent fashion institutions around the world, this year’s show highlighted a series of design works from students at the China Central Academy of Fine Arts (CAFA). Later this month, Fashion School Interim Director Kim Hahn, Ph.D., will be taking 10 garments that were featured in this year’s show to Keamyung University in South Korea, where they will be showcased during its university’s fashion show. 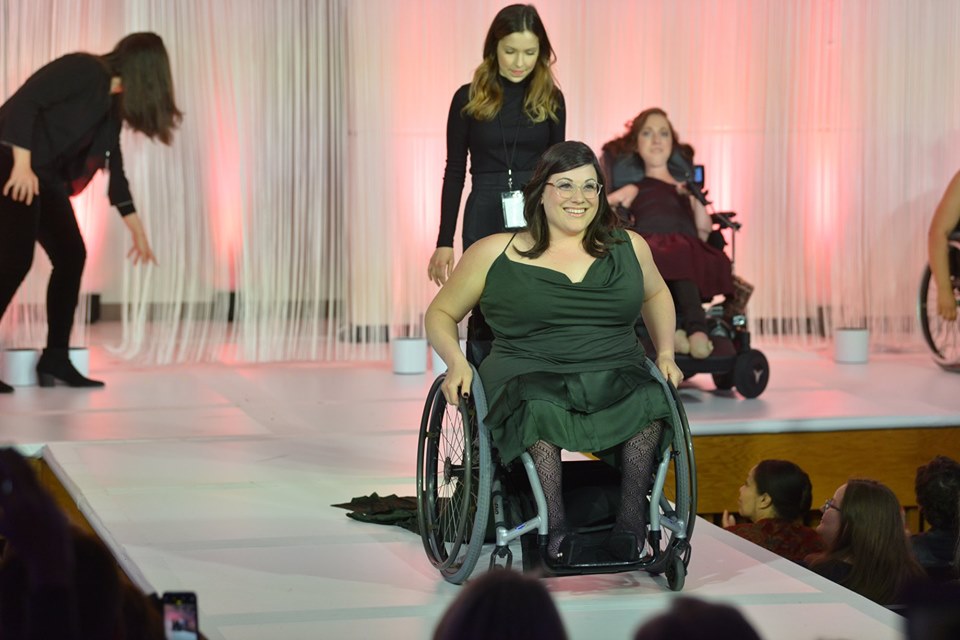 An outside panel of critics and judges narrowed down the finalists and selected the award-winning looks and collections that were featured in the show. The panel of critics included Jamie Mulholland of Ann Taylor LOFT, Fashion School alumna Kristy Chen of DKNY, and Anthony Cucculelli and Anna Rose Shaheen of Cucculelli Shaheen. The critics reviewed all of the senior B.F.A. collections. Reviewing the B.A. and single submission looks were jurors Alicia Hardesty of Kohl’s, Susie Kelly of Nola True and Fashion School alumna Laura Smith of A Bride’s Design.

This year’s show was sponsored by Dillard’s Inc., which served as the presenting partner of the event. Over $11,000 in awards were presented to the winning student designers. The prestigious “Best in Show” award ($1,500) sponsored by Dillard’s, went to senior designer Yayra Tamakloe for her collection “DAAVI – Reimagining the Anlo-Éwé Ethnic Group,” an ode to the West African ethnic group, Anlo-Éwé.

Senior Evan Neal was chosen to represent Kent State in the 2019 Supima Design Competition during this year’s New York City Fashion Week in September. His collection will be shown on the NYC runway, and the winner of that competition will receive a $10,000 prize and will see their collection on the runway during the Paris Fashion Week. Please see below for the complete list of 2019 award winners.

During the VIP Sponsorship Show on Saturday, April 27, the Dillard family was inducted into the Fashion School’s Hall of Fame. Dillard’s has been a tremendous supporter of the Fashion School for many years and has engaged and partnered with the school to provide incredible opportunities for Kent State fashion students. Robby David, Dillard’s regional vice president and director of stores in Ohio and St. Louis, was on hand to accept the award on the Dillard family’s behalf.

On Friday afternoon, during the annual Hall of Fame Lecture Series, Mr. David gave an inspiring on his rise from shoe sales associate to his current role as regional vice president. He expressed his admiration at the amount of talent that comes from Kent State fashion students.

“I think that talent that comes out of this university is second to none!” Mr. David exclaimed. “I think it’s better than anywhere in America, and I’ve been all over the place. The people here make the school, just like the people in our store make the company. We hope to establish a relationship that’s long term and work together to explode the fashion industry.”