The Creative Voice at March for Science

Our #PoetsforScience outdoor exhibit, curated by poet and environmental spokesperson Jane Hirshfield, and Teach In tent writing workshops attracted thousands of viewers and participants on the National Mall. We are deeply grateful for the many generous supporters who helped us reach a global audience and inspire meaningful discourse at the intersection of science and creativity. 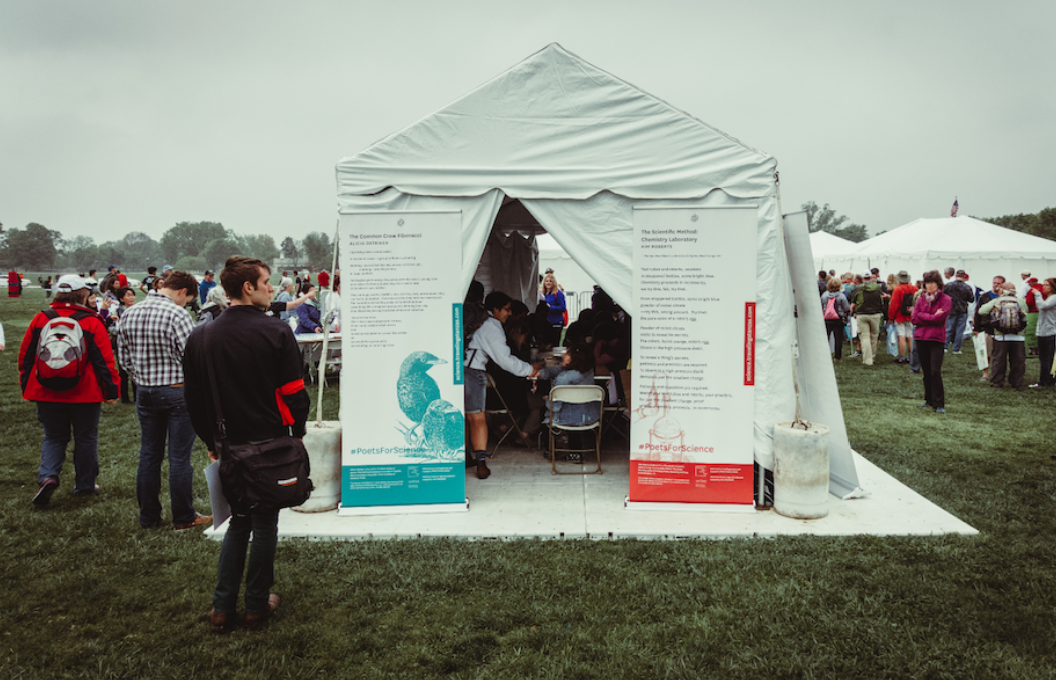 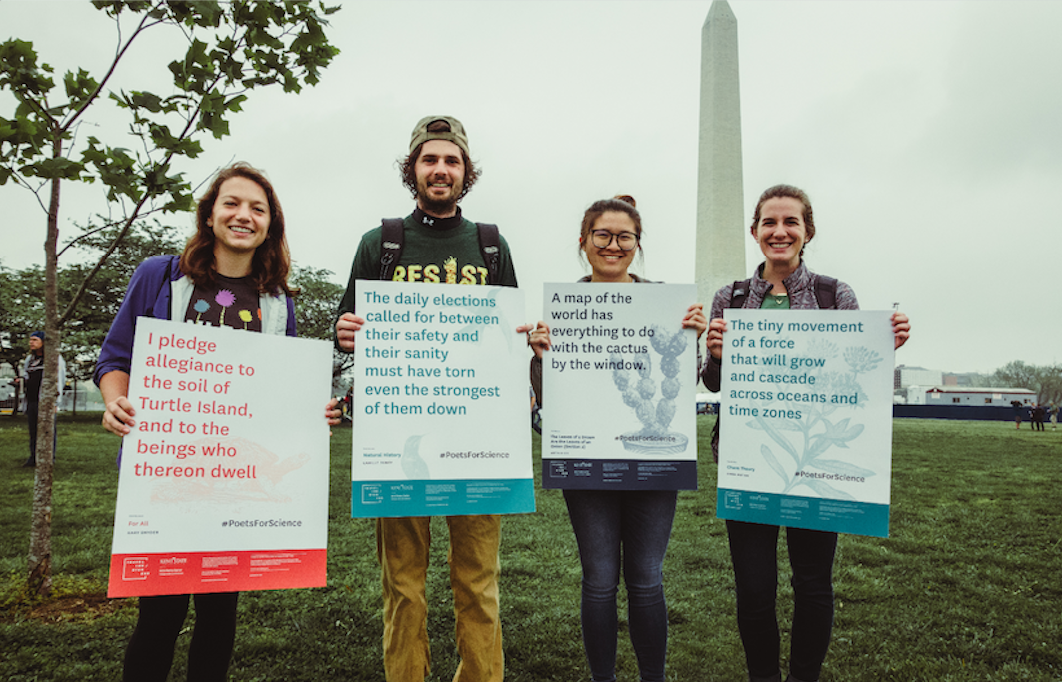 Our efforts at the march were recognized by several publications including: The Washington Post, Poets and Writers, Brain Pickings, Association of Writers and Writing Programs, The New York Times, The American Scholar, Merlena Chertock, Kent Wired, and TV2. We believe that the breadth of this awareness has poised our organization to recognize Saturday’s events as more than a singular experience. The science.travelingstanzas.com website received over 1,400 visitors from every continent including locations such as Australia, Mexico, India, Brazil, Libya and Germany. Here in the United States the collection was seen by a national audience composed of all 50 states. 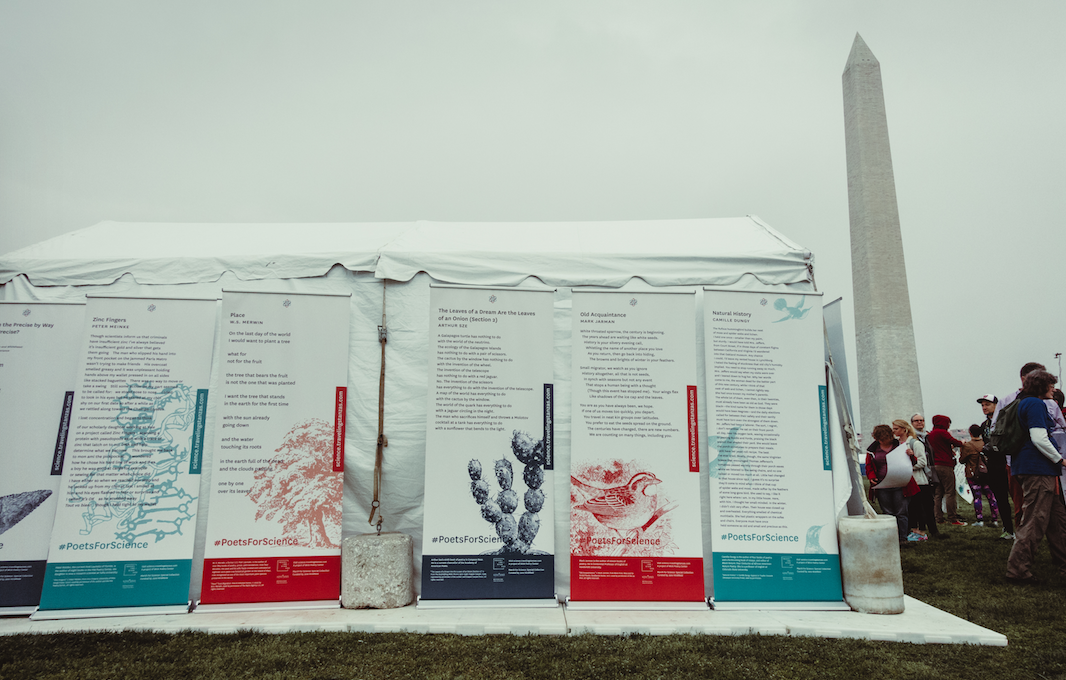 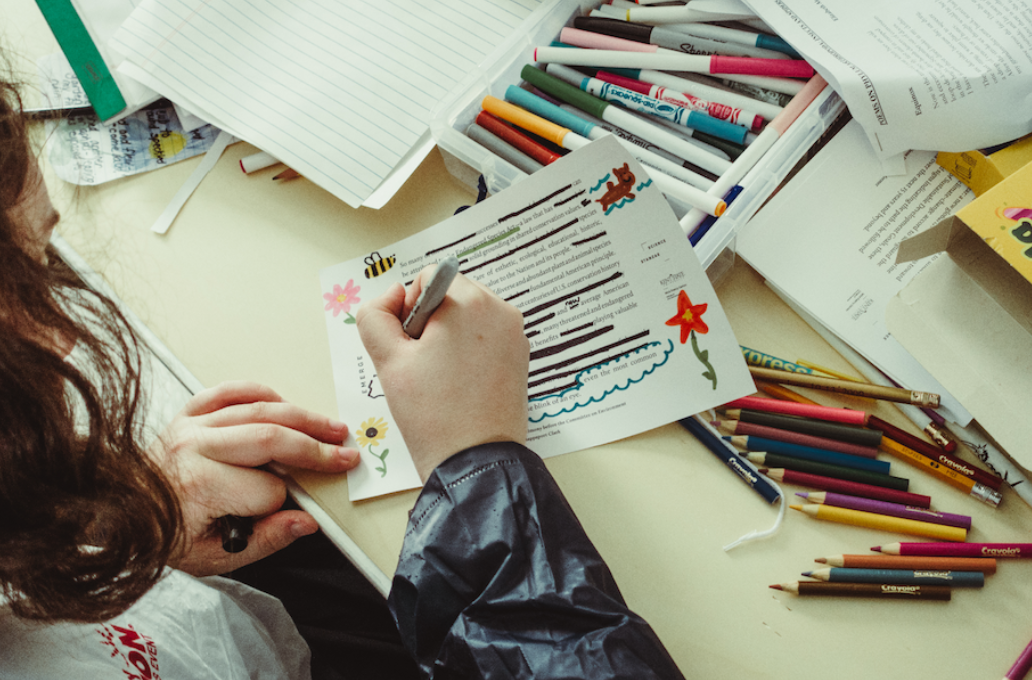 We are now mobilizing people in their local communities with a passion to use poetry to facilitate a larger conversation around the value of science in civic life. During the March for Science’s “Week of Action,” we encourage advocates, students, and teachers alike to utilize the Emerge card system. Through downloading Emerge cards anyone can join hundreds of participants who have already created blackout style poetry that invites a writer to actively personalize, contextualize, interpret, and decorate a text from one of the march’s rally speakers. Through the Science Stanzas website’s social media integration, those wishing to join the larger dialogue may tweet or Instagram a picture of their completed card including the #poetsforscience.

We want to once again extend our deepest gratitude to the remarkable Jane Hirshfield who first approached us only six weeks ago with her brilliant idea to create a #PoetsforScience presence at the march.​