Poetry as Protest and Sanctuary: Jane Hirshfield’s Magnificent Poem Against the Silencing of Science and the Assault on Nature

“The real wealth of the Nation lies in the resources of the earth — soil, water, forests, minerals, and wildlife… Their administration is not properly, and cannot be, a matter of politics,” biologist and writer Rachel Carson admonished in her prescient 1953 letter against the government’s assault on science and nature. She devoted the remainder of her life to this courageous mission of speaking inconvenient truth to power. In writing Silent Spring, which catalyzed the modern environmental movement, Carson was greatly emboldened by a line from a 1914 poem by Ella Wheeler Wilcox: “To sin by silence, when we should protest, makes cowards out of men.”

Poetry, indeed, has always been one of humanity’s sharpest tools for puncturing the shrink-wrap of silence and oppression, and although it may appear to be galaxies apart from science, these two channels of truth have something essential in common: nature, the raw material for both. To impoverish the world of the birds and the bees is to impoverish it of the bards and the biologists.

Nature, with its fragile yet resilient magnificence, models for us what aliveness means and reminds us that we are mortal. Poetry wrests from it images and metaphors that chisel from the bedrock of our humanity a measure of graspable truth, teaching us how to live and how to die. Science mines nature for truth of a different order — it is our mightiest means of communing with reality, probing its mysteries, and gleaning from them some sense of belonging, of locating ourselves in the universe, understanding our place in it, and liberating ourselves from delusion.

That common ground between poetry and science is what poet Jane Hirshfield sows with splendor in her poem “On the Fifth Day,” written for the 2017 March for Sciencein Washington, D.C., protesting the anti-fact, anti-truth, anti-science political climate of the current American administration. 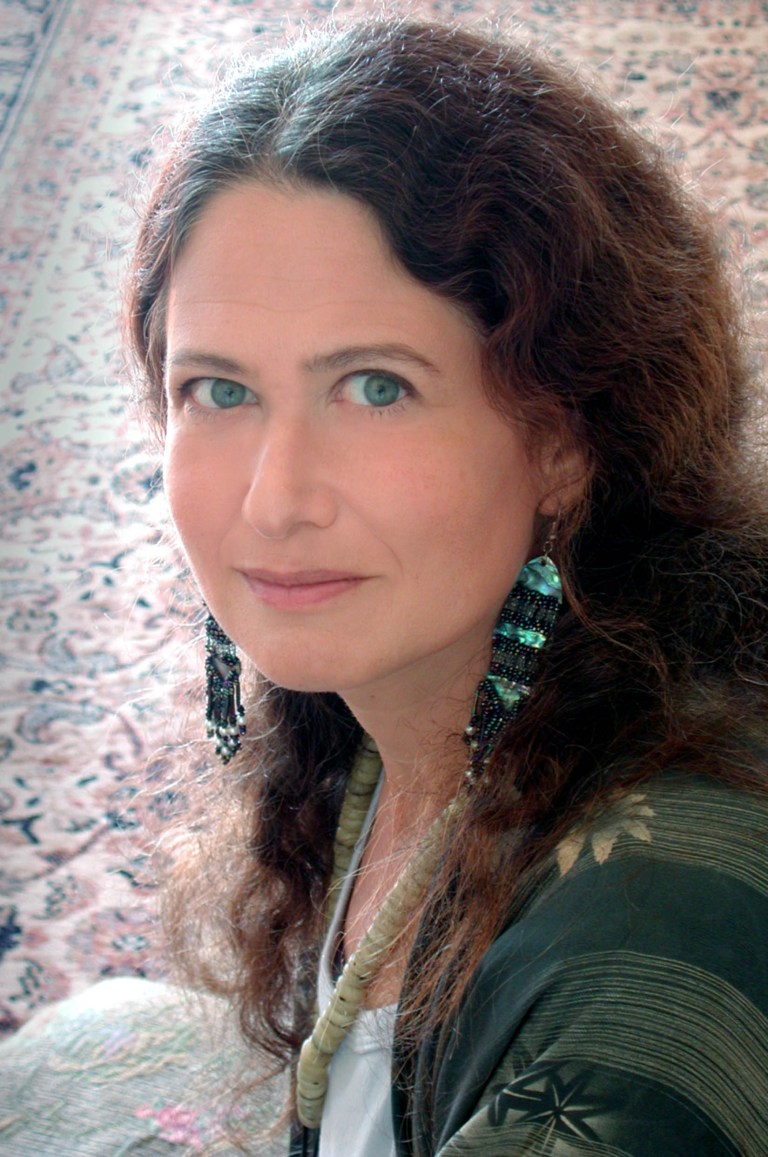 It is my immense pleasure to share, with Hirshfield’s permission, this gift of a poem, read by comedian, philosopher of science, and my dear friend Emily Levine — the person who first made me fall in love with poetry many moons ago.

ON THE FIFTH DAY
by Jane Hirshfield

On the fifth day
the scientists who studied the rivers
were forbidden to speak
or to study the rivers.

Someone, from deep in the Badlands,
began posting facts.

The facts were told not to speak
and were taken away.
The facts, surprised to be taken, were silent.

while the unpausing factual buds of the fruit trees
continued to move toward their fruit.

The silence spoke loudly of silence,
and the rivers kept speaking,
of rivers, of boulders and air.

In gravity, earless and tongueless,
the untested rivers kept speaking.

They spoke, the fifth day,
of silence.

Join me in supporting Hirshfield’s wonderful #PoetsForScience initiative, a kindred spirit to my own The Universe in Verse project, then revisit Rebecca Solnit on breaking silence as our mightiest weapon against oppression, astrophysicist Jocelyn Bell Burnell on how poetry and science enrich one another, and Hirshfield on the effortless effort of creative work.

Hope Springs Through Verse: Global Vaccine Poem Has Grown to More Than 1,700 Stanzas Worldwide, Gains Attention of Ohio Governor
Wick Poetry Center Announces Collaboration with the Poetry Coalition to Address Environmental Justice in a Series of Programs
Flashes of Inspiration: During a Pandemic We Can Celebrate Nature
Wick Poetry Center
College of Arts & Sciences