CHAUTAUQUA — Chautauqua Institution today announced the appointment of Sony Ton-Aime to the position of director of literary arts, effective Jan. 13. A poet, teaching artist and arts administrator, Ton-Aime is currently program operation coordinator for Lake Erie Ink, a Cleveland-based literary arts organization, and worked previously with Chautauqua Literary Arts in 2018 and 2019 at the Chautauqua Writers’ Center and Poetry Makerspace. 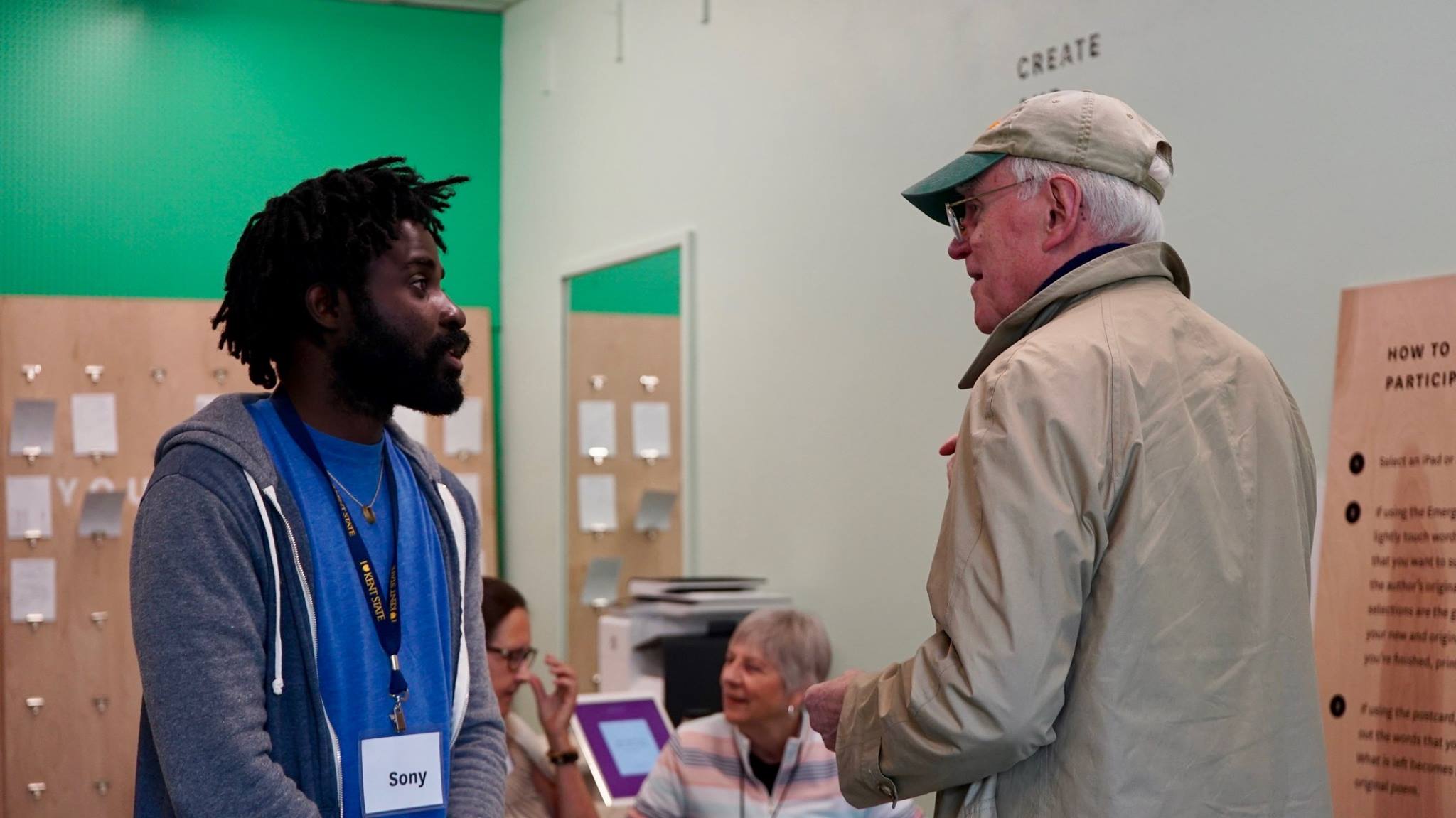 As director of literary arts, Ton-Aime will serve as a senior member of the Department of Education and as an entrepreneurial and collaborative partner in strengthening and deepening the value of the literary arts program and experience for Chautauqua Institution stakeholders. The director of literary arts manages and provides administrative leadership and hands-on involvement with the Chautauqua Literary and Scientific Circle, the Chautauqua Writers’ Center, the literary journal Chautauqua, two national literary prizes, and the Poetry Makerspace in partnership with Kent State University’s Wick Poetry Center, and works collaboratively with Department of Education colleagues to select and administer the CLSC Young Readers program.

Additionally, Ton-Aime will participate as a member of a collaborative team in planning Chautauqua’s core nine-week summer assembly season and serve as a strategist in implementing the vision of a recently adopted strategic plan that calls the Institution to expand the reach and length of its impact and engage new, larger and more diverse audiences.

“I’m thrilled to have Sony join Chautauqua as a major contributor to the programmatic work and educational mission of this institution,” said Matt Ewalt, vice president and Emily and Richard Smucker Chair for Education. “The literary arts have been core to Chautauqua’s mission of lifelong learning for nearly 150 years. Building upon this legacy, Sony brings unrivaled energy and enthusiasm to the work, an emphasis on making the literary arts both accessible and an entry point for difficult, meaningful conversation, and a belief in the transformative power of Chautauqua.”

At Lake Erie Ink, a not-for-profit providing creative expression opportunities and academic support to youth in the Greater Cleveland community, Ton-Aime helps foster creative writing spaces for students in schools as well as youth-serving organizations. As a fellow at Kent State University’s Wick Poetry Center, Ton-Aime led a group of interns and coordinated poetry outreach in the Kent, Ohio, community. That outreach work brought Ton-Aime to Chautauqua in 2018, where for two summers he managed Wick’s Traveling Stanzas exhibit, now in the Hultquist Center’s Poetry Makerspace. At Chautauqua, Ton-Aime also served as liaison for writers-in-residence at the Chautauqua Writers’ Center and mentored undergraduate literary arts interns.

“As a poet who’s taught at Chautauqua numerous times, I was overjoyed to learn of Sony’s appointment as the new director of literary arts,” said former Chautauqua poet-in-residence Shara McCallum, professor at Penn State University and former director of the Stadler Center for Poetry at Bucknell University. “His commitment to community-building and his expansive vision of literature is palpable in all he does, and Chautauqua is incredibly fortunate to have him shaping and leading the literary arts into the future.”

“Sony brings to Chautauqua his rare gift of bringing people together over literature, which is of course what Chautauqua is all about, too,” said former Chautauqua prose writer-in-residence Toni Jensen, who teaches at the University of Arkansas and Institute of American Indian Arts. “He is the best sort of literary citizen, one who values the work itself and who sees the writers as people.”

Ton-Aime is the author of the chapbook LaWomann and a forthcoming Haitian Creole translation of the book Olympic Hero: The Story of Lennox Kilgour. He is the co-founding editor of ID13-an online publication that published creative works by inmates he led in poetry workshops at the Lake Erie Correctional Institute. His works have appeared in Brainchild, La Revista PingPong, The Oakland Review, Dunes Review, Poets.org, and more. A native of Haiti who first came to the United States in 2010, Ton-Aime received his MFA in creative writing and poetry and a bachelor’s degree in business administration from Kent State University.

“I am humbled and forever grateful to be part of the Chautauquan family,” said Ton-Aime. “I have come to see and appreciate the importance of community for this institution. From Chautauqua’s conception to today, it has been the pillar that holds the center together. In leading the literary arts at Chautauqua, I’m excited to continue this community-centered legacy by empowering readers and writers who have gathered together each summer and creating a welcoming atmosphere for those experiencing Chautauqua for the first time.”