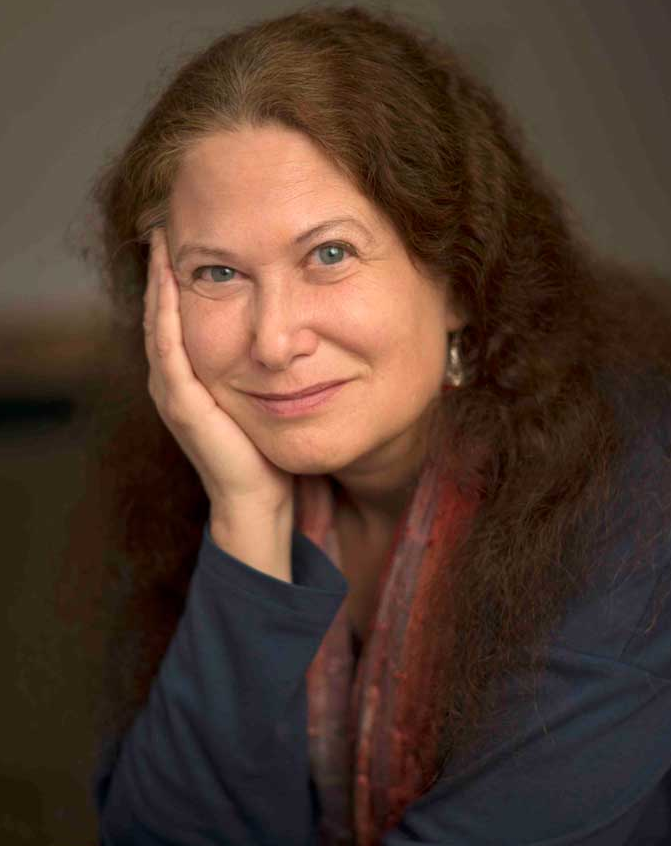 Jane Hirshfield is the author of eight collections of poetry, including the newly published, The Beauty; Come, Thief; After (shortlisted for England’s T.S. Eliot Prize); Given Sugar, Given Salt (finalist for the 2001 National Book Critics Circle Award); The Lives of the Heart; and The October Palace, as well as two books of essays, the newly published Ten Windows: How Great Poems Transform the World  and Nine Gates: Entering the Mind of Poetry. Hirshfield’s honors include The Poetry Center Book Award; fellowships from the Guggenheim and Rockefeller Foundations, the National Endowment for the Arts, and the Academy of American Poets. In 2012 she was received the Donald Hall-Jane Kenyon Prize in American Poetry. In fall 2004, Jane Hirshfield was awarded the 70th Academy Fellowship for distinguished poetic achievement by The Academy of American Poets. In 2012, she was elected a Chancellor of the Academy of American Poets. 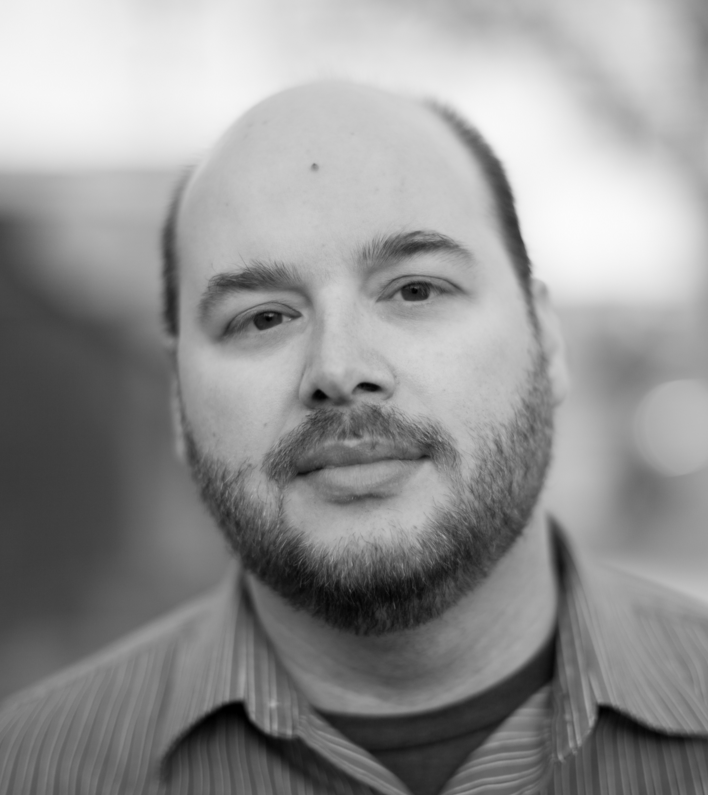 Matthew Minicucci’s first full-length collection, Translation, was chosen by Jane Hirshfield for the 2014 Wick Poetry Prize. His work has also appeared in or is forthcoming from numerous journals and anthologies, including Best New Poets 2014, Blackbird, Gettysburg Review, Kenyon Review, and The Southern Review, among others. He currently teaches writing at the University of Illinois at Urbana/Champaign. 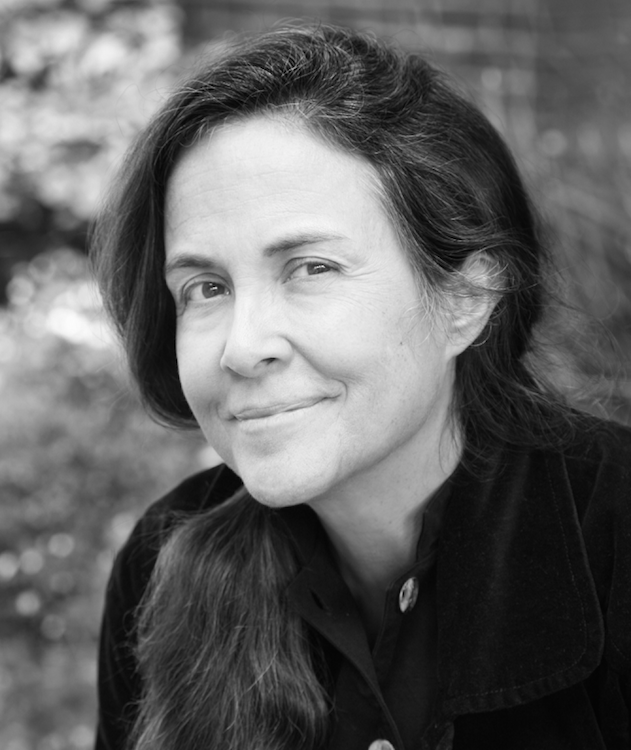 Naomi Shihab Nye is the author and/or editor of more than 30 volumes. Her books of poetry include 19 Varieties of Gazelle: Poems of the Middle East (finalist for the National Book Award), A Maze Me: Poems for Girls, Red Suitcase, Words Under the Words, Fuel, and You & Yours. Other works include several prize-winning poetry anthologies for young readers, including Time You Let Me In, This Same Sky, The Space Between Our Footsteps: Poems & Paintings from the Middle East, What Have You Lost?, and Transfer. Her collection of poems for young adults entitled Honeybee won the 2008 Arab American Book Award in the Children’s/Young Adult category. Her new novel for children, The Turtle of Oman, was chosen both a Best Book of 2014 by The Horn Book and a 2015 Notable Children's Book by the American Library Association. Naomi Shihab Nye has been a Lannan Fellow, a Guggenheim Fellow, and a Witter Bynner Fellow (Library of Congress). She has received a Lavan Award from the Academy of American Poets, the Isabella Gardner Poetry Award, the Lee Bennett Hopkins Poetry Award, the Paterson Poetry Prize, four Pushcart Prizes, the Robert Creeley Prize, and "The Betty Prize" from Poets House, for service to poetry, and numerous honors for her children’s literature, including two Jane Addams Children’s Book Awards. She has been affiliated with The Michener Center for writers at the University of Texas at Austin for 20 years and also poetry editor at The Texas Observer for 20 years. In January 2010 Nye was elected to the Board of Chancellors of the Academy of American Poets. She was recently named laureate of the 2013 NSK Neustadt Award for Children’s Literature. 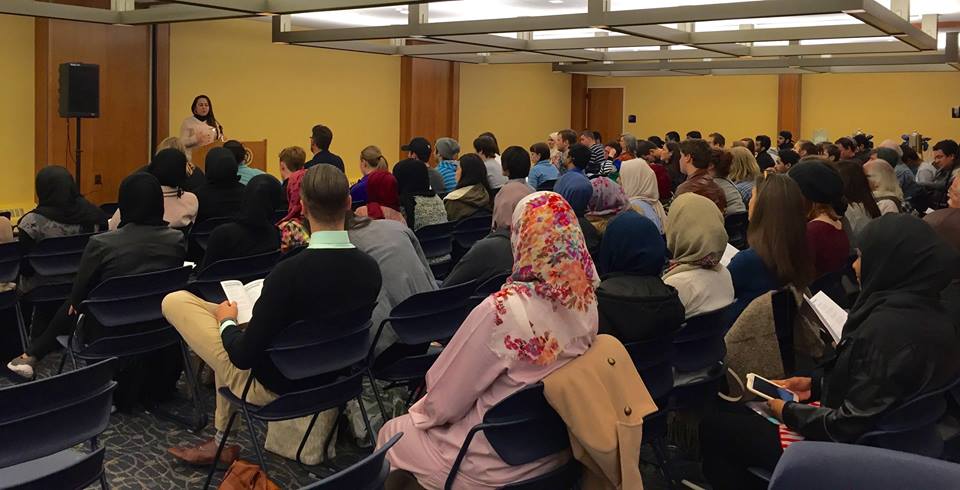 Kent State international students from eleven different countries will share poems they love from their own cultures facilitating a global conversation through the intimate and inclusive voice of poetry. 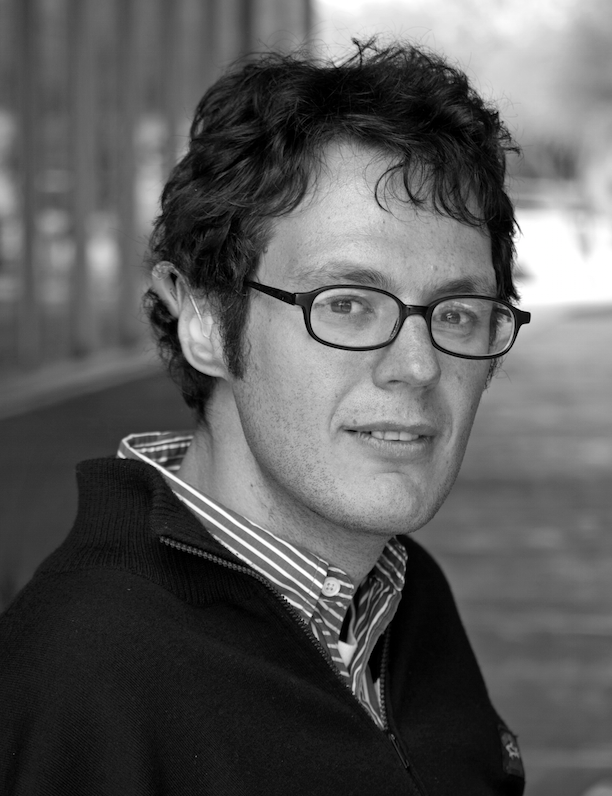 Ilya Kaminsky was born in Odessa, former Soviet Union in 1977, and arrived to the United States in 1993, when his family was granted asylum by the American government. Ilya is the author of Dancing In Odessa, which won the Whiting Writer's Award, the American Academy of Arts and Letters' Metcalf Award, the Dorset Prize, and the Ruth Lilly Fellowship given annually by Poetry magazine. Dancing In Odessa was also named Best Poetry Book of the Year 2004 by Foreword Magazine. In 2008, Kaminsky was awarded Lannan Foundation's Literary Fellowship Poems from his new manuscript, Deaf Republic, were awarded Poetry magazine's Levinson Prize and the Pushcart Prize. His anthology of 20th century poetry in translation, Ecco Anthology of International Poetry, was published by Harper Collins in March, 2010. His poems have been translated into numerous languages and his books have been published in many countries including Turkey, Holland, Russia, France, Mexico, Macedonia, Romania, Spain and China, where his poetry was awarded the Yinchuan International Poetry Prize. Kaminsky has worked as a law clerk for San Francisco Legal Aid and the National Immigration Law Center. Currently, he teaches English and Comparative Literature at San Diego State University.

Even Though the Whole World is Burning
Ohio Premiere Film Screening
Documentary about the life and work of W. S. Merwin 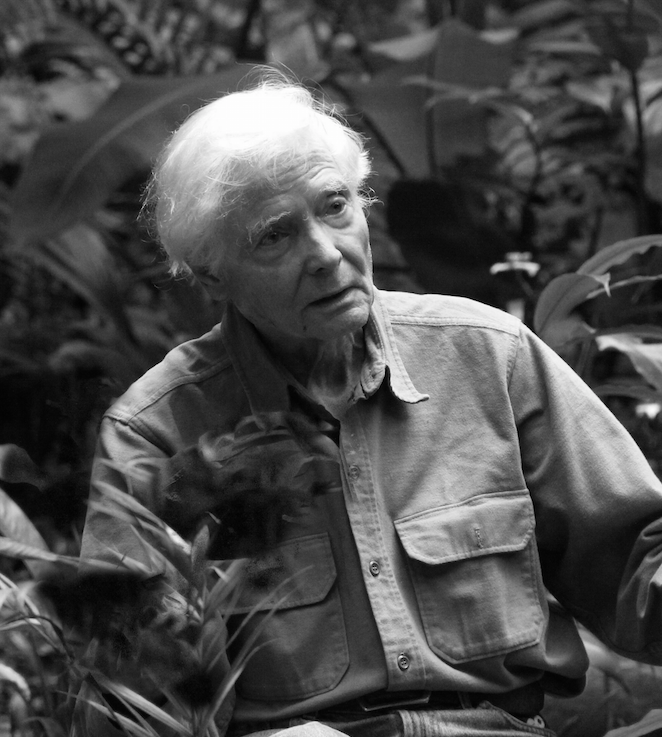 Join us for the Ohio premiere screening of Even Though the Whole World is Burning, an intimate portrait of Poet Laureate, two-time Pulitzer-winner, and environmentalist W.S. Merwin.  Directed and produced by Stefan Schaefer, the film chronicles Merwin's significant place in 20th century poetry, translation, and poetics, and highlights connections between Merwin's environmental interests and activism and his writing life. Much of the film is shot on location at Merwin's home in Hawaii, a recovered pineapple plantation that is now recognized as one of the greatest living palm collections in the world. The film is 82 minutes in length. 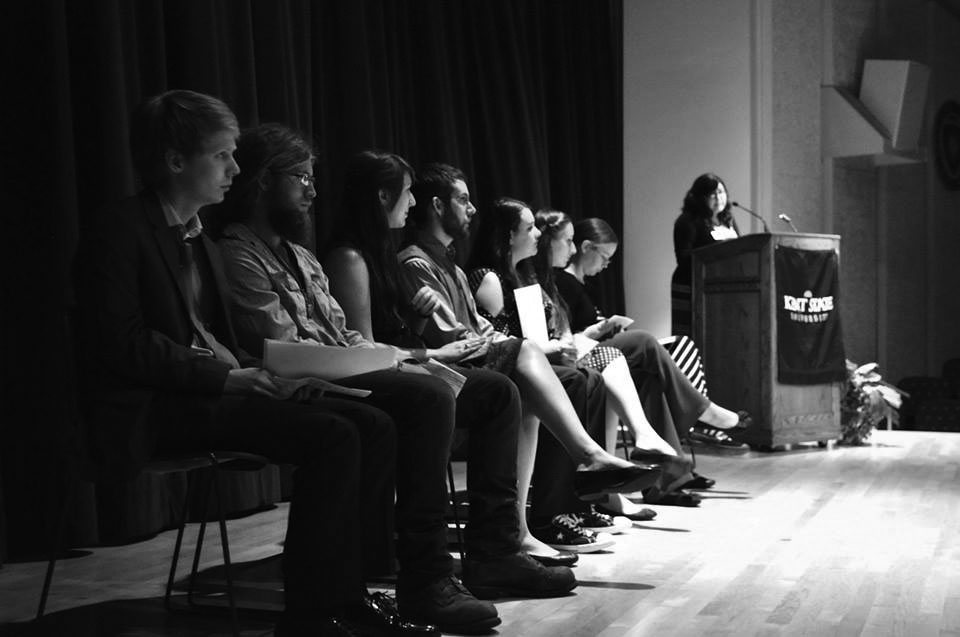 Celebrating Our Own is the Wick Poetry Center’s annual undergraduate and high school scholarship poetry reading. Selected by poet Oliver Bendorf, the winners of the 2015 scholarships are Corinne Engber, Tyler Etchell, Brandon Johnson, and Lindsay Miraglia. 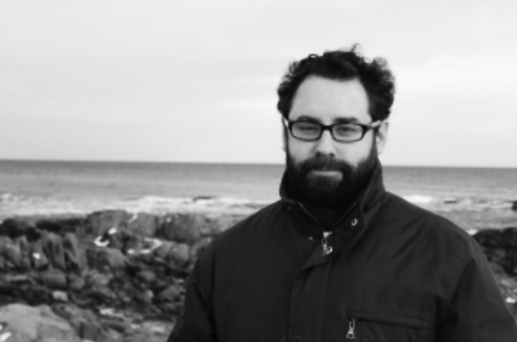 Brian Brodeur is the author of the poetry collections Natural Causes and Other Latitudes, as well as the chapbooks Local Fauna and So the Night Cannot Go on Without Us. Brian curates the digital archive “How a Poem Happens,” an online anthology of over two hundred interviews with poets. A 2013 Walter E. Dakin Fellow at the Sewanee Writers’ Conference, he holds a PhD in English and Comparative Literature from University of Cincinnati, where he served as Associate Editor for The Cincinnati Review. He is an assistant professor of English at Indiana University East. 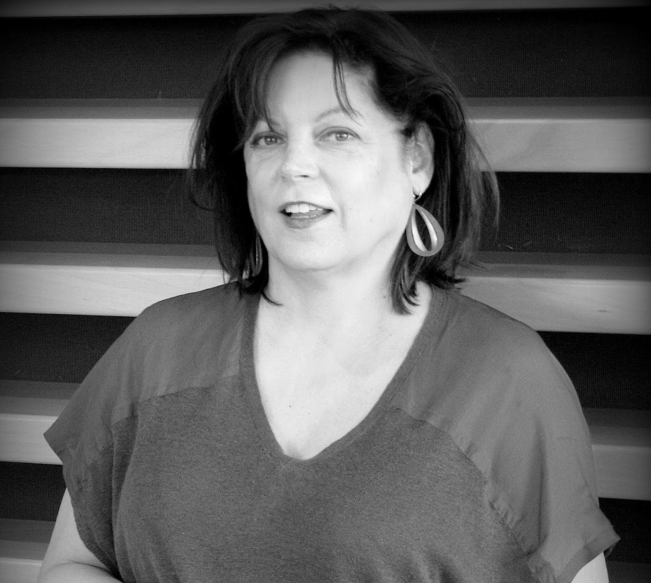 Diana Lueptow’s Little Nest was the winner of the 2014 Ohio Chapbook Prize. Her poems have appeared in FIELD, Arion, Beloit Poetry Journal, and The Stinging Fly. She received a 2014 Individual Excellence Award from the Ohio Arts Council and an MFA from Warren Wilson College. Born in Wisconsin, she lives in Northeast Ohio. 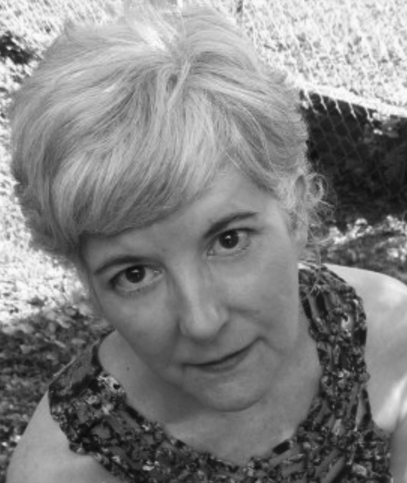 Janet McAdams is the author of the poetry collections, The Island of Lost Luggage and Feral, as well as a novel, Red Weather. A native of the U.S. Southeast, she lives in Ohio and teaches at Kenyon College.

Charles Simic, the fifteenth Poet Laureate of the United States (2007-2008), was born in Belgrade, Yugoslavia, in 1938, and immigrated to the United States in 1953 at the age of 15. He is the author of numerous collections of poems, among them, The Lunatic, Master of Disguises; Selected Poems: 1963-2003, for which he received the 2005 International Griffin Poetry Prize; The World Doesn’t End: Prose Poems, for which he received the Pulitzer Prize for Poetry; Classic Ballroom Dances, which won the University of Chicago’s Harriet Monroe Award and the Poetry Society of America’s di Castagnola Award. A collection entitled Sixty Poems was released in honor of his appointment as US Poet Laureate. Simic has also published a number of prose books, most recently Memory Piano, and many translations of poets from former Yugoslavia as well as an anthology of Serbian poetry entitled The Horse Has Six Legs. He is a frequent contributor to The New York Review of Books and The Paris Review. 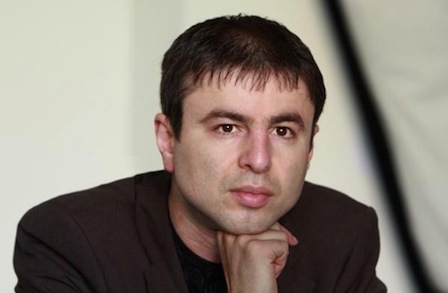 Nikola Madzirov is the author of Remnants of Another Age and Relocated Stone, which received the Hubert Burda European Poetry Award and the prestigious Miladinov Brothers Award. He was awarded the Studentski Zbor Award for Locked in the City and the Aco Karamanov prize for Somewhere Nowhere. Born into a family of Balkan Wars refugee in 1973 in Strumica, Macedonia, Madzirov has gone on to participate in many international literary festivals and events in the US, Latin America, and Europe, and he has received several international awards and fellowships. 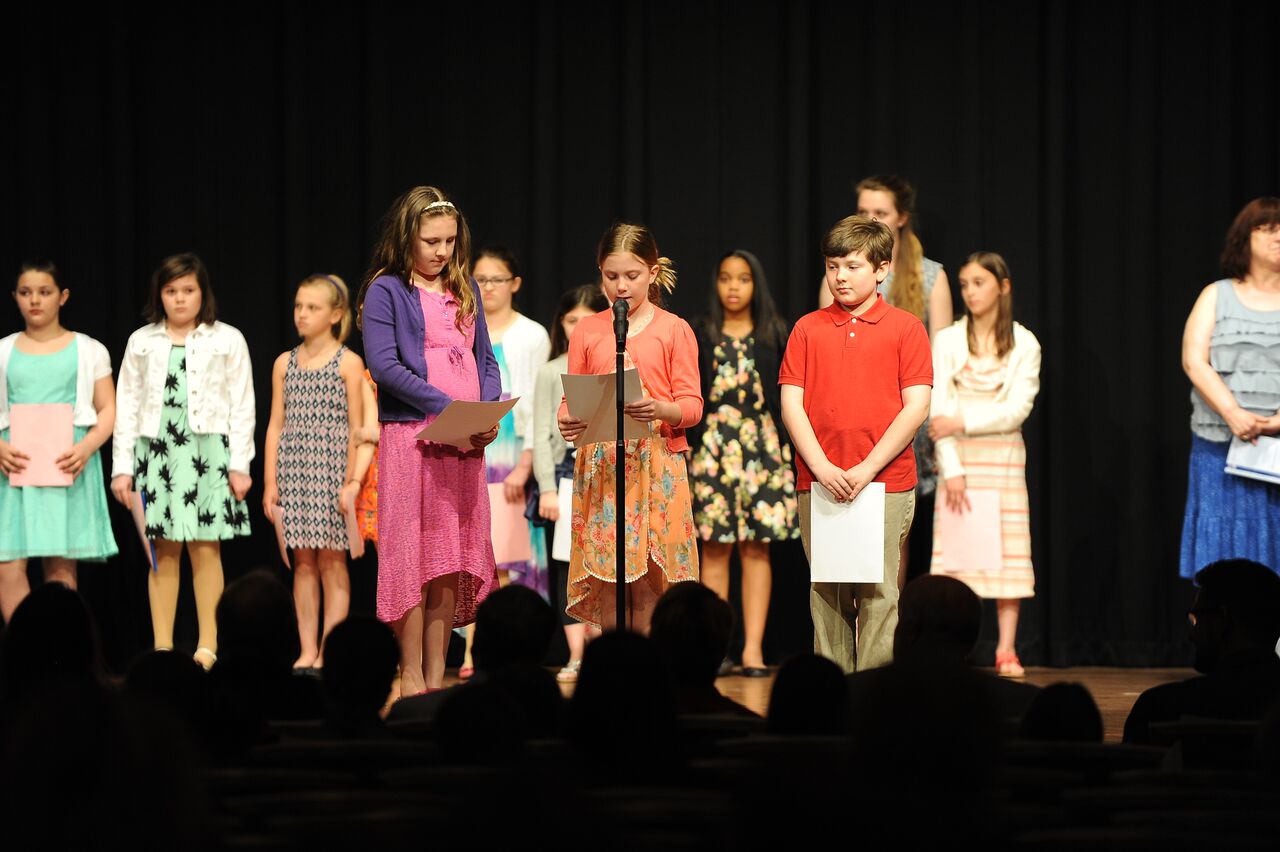