Gum-Dip Theatre's (GDT) mission is to celebrate, challenge, and reinvent community identity in the Rust Belt by building performances that give platforms to historically excluded populations. GDT has engaged with different immigrant communities in the last six years, producing over 300 minutes of original theatre based on their experiences. Many of the plays have been multilingual and collaborative with communities from many different backgrounds. The result of GDT’s work is a high quality performance created from the transformation of healing within the ensemble members. The project leads are co-artistic directors Neema Bal, a former refugee from the Bhutanese-Nepali-American community, and Katie Beck, an Akron native, who have successfully worked together to create four GDT productions that had multiple languages, including Three Countries, One Mother, In Search of Alternative Dreams, Namaste-WHAT?, Imprisoned, and Denied Admission. 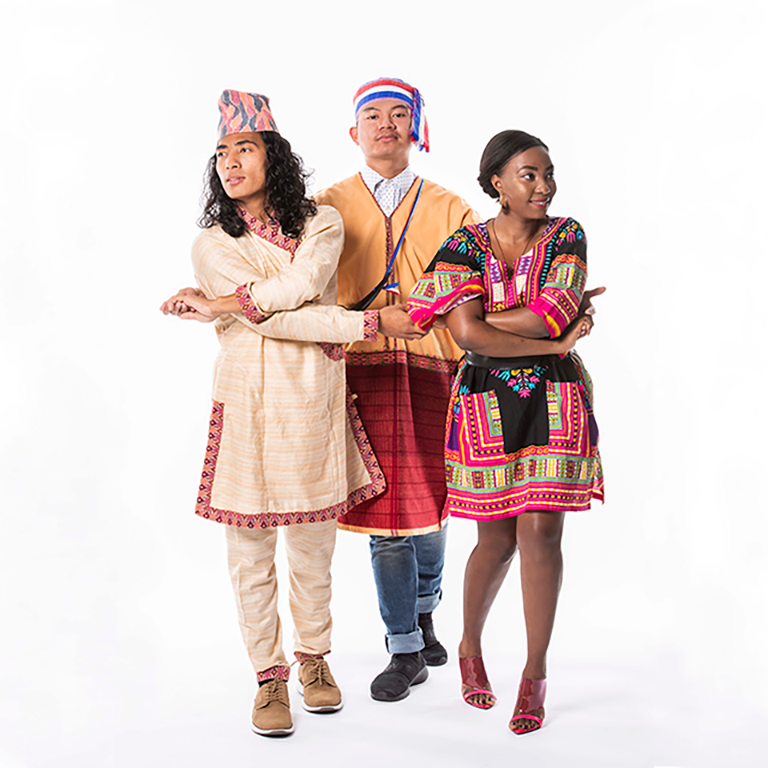 Produced by Gum-Dip Theatre, Brokers Without Borders (BWB) is a multiethnic, theatrical ensemble of former refugees who identify as cultural brokers, meaning that they act as a bridge between their own culture and another by translating and interpreting regularly for their family and community members. As a Welcoming City, Akron has become home to refugees from diverse populations including Afghani, Bhutanese-Nepali, Burmese, Congolese, Central American (primarily of indigenous descent), Iranian, and Karen. Even as an ethnically unique community, most former refugees are siloed culturally due to language barriers. This project addresses the divide through a cross-cultural original play that demonstrates the experience of navigating an entirely new world and the celebrations of finding success in a globalized community. The ensemble’s stories combine to make a written history of young people who are bearing the responsibility of their families in addition to their own challenges. The play’s material comes from story sharing and exploring artistically through cultural music, dance, and poetry from each of the communities. The final production includes both English and ensemble members’ native languages. Not only will the former refugee audience members see themselves represented onstage, but they will also have an opportunity to self-reflect, connect with other communities, and heal through theatre.

Brokers Without Borders will be performed as part of the Anti-Racism Conference on Friday, October 7th. More details are forthcoming. More information about Gum-Dip Theatre can be found on their website.