A research group in the College of Arts and Sciences at Kent State University is searching for potential treatments for men who have suffered spinal cord injuries and hope to regain bladder control and sexual functions. 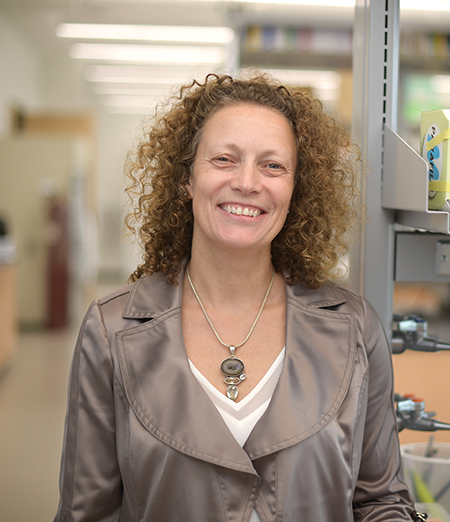 “The majority of spinal cord injured patients are male and the vast majority of them suffer sexual dysfunction,” Coolen said. “It’s a high priority for recovery for patients, yet there is very little research and there are almost no available treatment options that are not invasive.”

Since 2019, Coolen received three other grants for similar research, including a pilot grant from the Brain Health Research Institute (BHRI) at Kent State, which helped them generate the data for this new grant. She also received a three-year grant from the Craig H. Neilsen Foundation.

The researchers previously published results detailing their use of dopamine receptor agonists to provide some recovery of function in spinal cord-injured rats.

“Since several dopamine receptor agonists are already approved by the FDA for treatment of other disorders, including Parkinson’s Disease, we want to explore benefits of these FDA-approved drugs for sexual dysfunction after spinal cord injury using rodent models,” Coolen said. “It is directly relevant to developing treatments for patients.”

According to the researchers, surveys of men with spinal cord injuries have demonstrated that regaining sexual function (and bladder control) is an important goal, even surpassing that for recovery of walking among paraplegic men. This is of relevance to the military as combat-related spinal trauma is the highest in American military history and the average age of spinal casualties is 26-27 years.

In her role as an associate dean in the College of Arts and Sciences she oversees Graduate Affairs and Postdoctoral Affairs and supports faculty and student in identifying funding opportunities and preparing grant proposals. She leads the Choose Ohio First Scholar Program at Kent State and oversaw the recent renewal funding this program received in May.

Coolen is also very involved with the Society for Neuroscience and is a member of the professional development committee and neuroscience training committee. She is a lead principal investigator together with Dr. Oswald Steward (University of California Irvine and Incoming President-Elect of the Society for Neuroscience) on a NIH-funded program to develop a multimodal training program aiming to inform and empower neuroscientists at all career stages to enhance the rigor and reproducibility of their research. Dr. Coolen has helped to develop several articles, workshops, and other programming, including a new podcast, Pathways to Enhance Rigor: A Collection of Conversations, recently released by the Society for Neuroscience.

She has received numerous awards for her research and teaching, including the CJ Herrick Award from the American Association of Anatomists, the Canada Research Chair in Neurobiology of Motivation and Reward, and the Norman Nelson award for Teaching Excellence at the University of Mississippi Medical Center. In addition to spinal cord injuries, Coolen’s areas of expertise lie in the study of drug addiction, neural regulation of social behavior, neuroendocrinology, and male reproductive physiology.

She has published over 130 papers and is listed by Stanford University in the Top 2% of most cited researchers in her field.

Last, but certainly not least, Coolen is a proud mother of three children and her oldest daughter is currently a freshman at Kent State. She and her husband, Michael Lehman, Ph.D., director of Kent State’s Brain Health Research Institute, reside in Hudson, Ohio.

For more information about Kent State’s College of Arts and Sciences, visit:  https://www.kent.edu/cas.

Photo Caption:
Lique Coolen, Ph.D., is an Associate Dean in the College of Arts and Sciences and professor in the Department of Biological Sciences at Kent State.