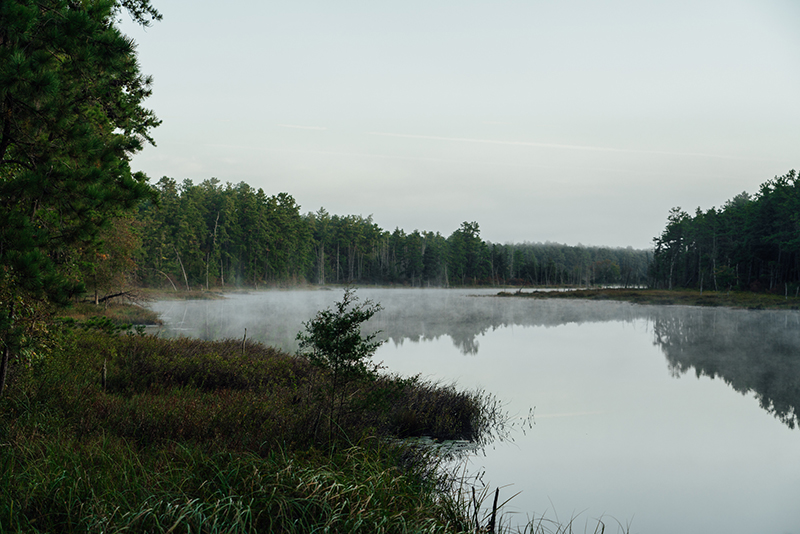 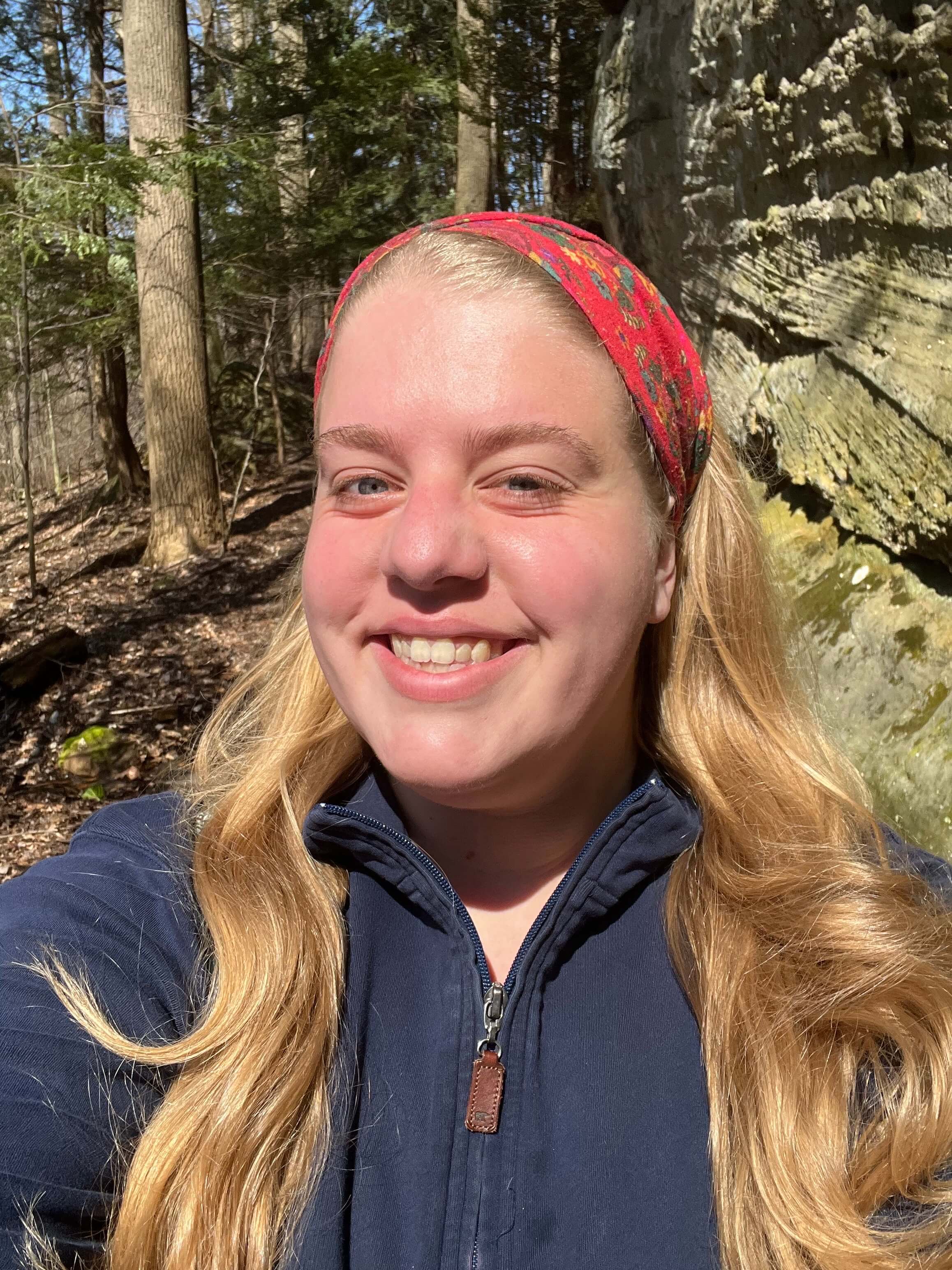 Kathryn Burns is an upperclassman who transferred to Kent State during the pandemic.  Last academic year, she became a fellow within the Environmental Science and Design Research Institute (ESDRI) at KSU, which falls under the Division of Research and Sponsored Programs (RASP).  Kathryn is from the region and her family – as well as the family dog, Archie – live in Lyndhurst, Ohio.  Originally Kathryn wanted to study food recovery and food waste.  While this is still a research passion of hers, now that she has been exposed to other environmental topics at Kent State, her interests have expanded.

Now a junior majoring in Environmental Studies, part of Kathryn’s advice to any college student – not just environmental science and design majors – is to say yes to everything and “don’t limit your opportunities.”  Kathryn has previously said “yes” to helping write a newsletter, becoming involved in a club, and – most recently – conducting rigorous fieldwork as part of Dr. Tim Assal’s Biogeography and Landscape Dynamics Lab.  Dr. Assal, faculty in the Department of Geography, and graduate students within his lab, reached out to Environmental Science and Design Research Institute in hopes of finding undergraduate fellows who could accompany the group to the New Jersey coast to conduct research in coastal wetlands. 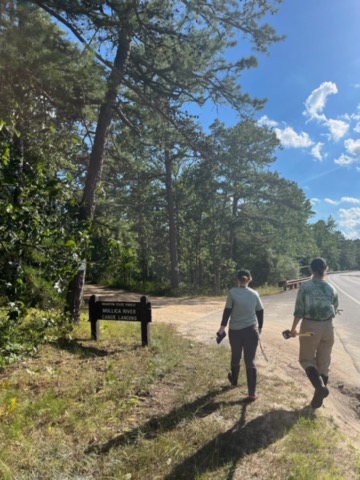 Led by second-year Geography graduate student Bryanna Norlin '21, the team focused specifically on the Atlantic White Cedar (Chamaecyparis thyoides) trees in the coastal wetlands.  According to Bryanna, this study is important because these trees are an indicator species of sea-level rise since they are extremely sensitive to salinity.  We’re seeing an increase of Atlantic White Cedar mortality and more ghost forests, so that’s why they’re looking at this species throughout southern New Jersey. As Kathryn points out, “the sea level is rising there [New Jersey], but these are old trees.  If another Hurricane Sandy occurs, we need to know if the existing trees would survive and exactly how the area would change.”

The team of students measured the trees’ diameter at breast height (DBH), calculated the amount of canopy coverage, documented new sapling growth, collected tons of data and input it into Survey123 and hiked through tall and prickly brush to set up study plots using a Geode to find the central point of each plot. As Bryanna explains, a Geode is an extremely accurate satellite device used for finding precise coordinates or locations, and the group was fortunate to borrow Dr. Assal’s. The group also measured canopy coverage using a densiometer because they needed to determine the amount of light availability since it can be a limiting factor in Atlantic White Cedar regeneration.

"Prepare ahead of time and have realistic expectations
because inevitably something will go wrong." 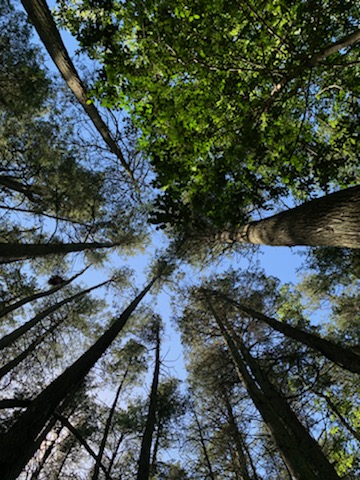 Kathryn describes that this type of field work is not for the faint of heart.  Due to the high heat indexes in August and other working conditions, “being aware of your limits and surroundings is important,” she says. Another factor Kathryn had not fully considered was the potential for bugs since this was her first-time camping.  The group encountered many adult ticks and nymphs, which became a big problem for the group.  For her efforts, Kathryn met a group of students “that you would normally not have met in class” since Bryanna has a Conservation Biology undergraduate degree.  She also enjoyed conducting research with an all-female team that included Bryanna.  While in the field, Kathryn witnessed first-hand what burned and dead patches of forests looked like at plots in Wharton State Forest “which was cool because only the bottom part looked burnt because the bark and vegetation half way up remained.”

Kathryn is quick to highlight that her favorite thing about Kent State is all of the opportunities she has been able to take advantage of, partially through Environmental Science and Design Research Institute.  She admits she grew up hating science, but now realizes there are so many different platforms for it.  “It doesn’t have to all be lab work”, which is what Kathryn initially thought before going to college.  For her, that is the best part about being in an interdisciplinary major and doing multidisciplinary work, like what she did with the Biogeography and Landscape Dynamics Lab.  In general, Kathryn suggests trying to remain open-minded and – in terms of field work – to “pack lightly.”  When it comes to fieldwork, Bryanna’s advice is “prepare ahead of time and have realistic expectations because inevitably some thing will go wrong.” 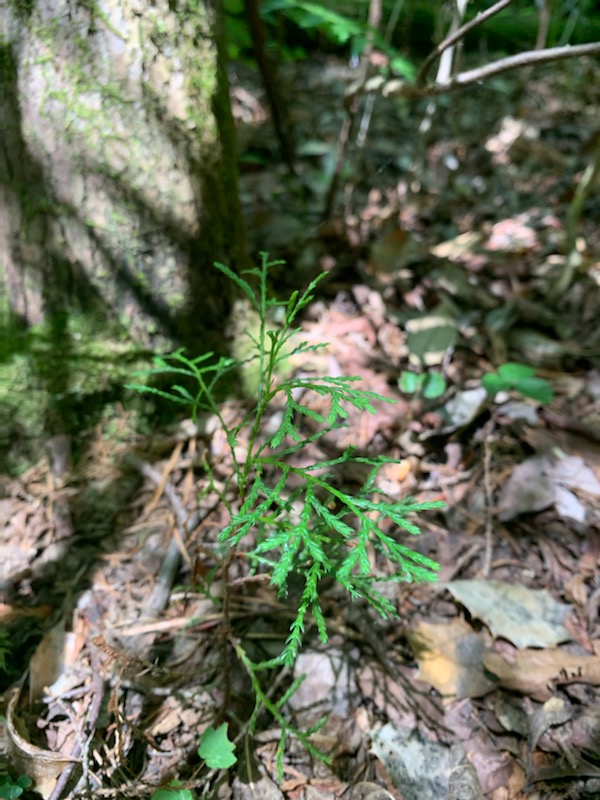 If you would like to conduct this type of research or become a fellow with Environmental Science and Design Research Institute, please visit www.kent.edu/esdri/fellows-program.  If you are faculty interested in partnering with the institute, please email esdri@kent.edu.  Thanks to Dr. Tim Assal for collaborating with ESDRI.