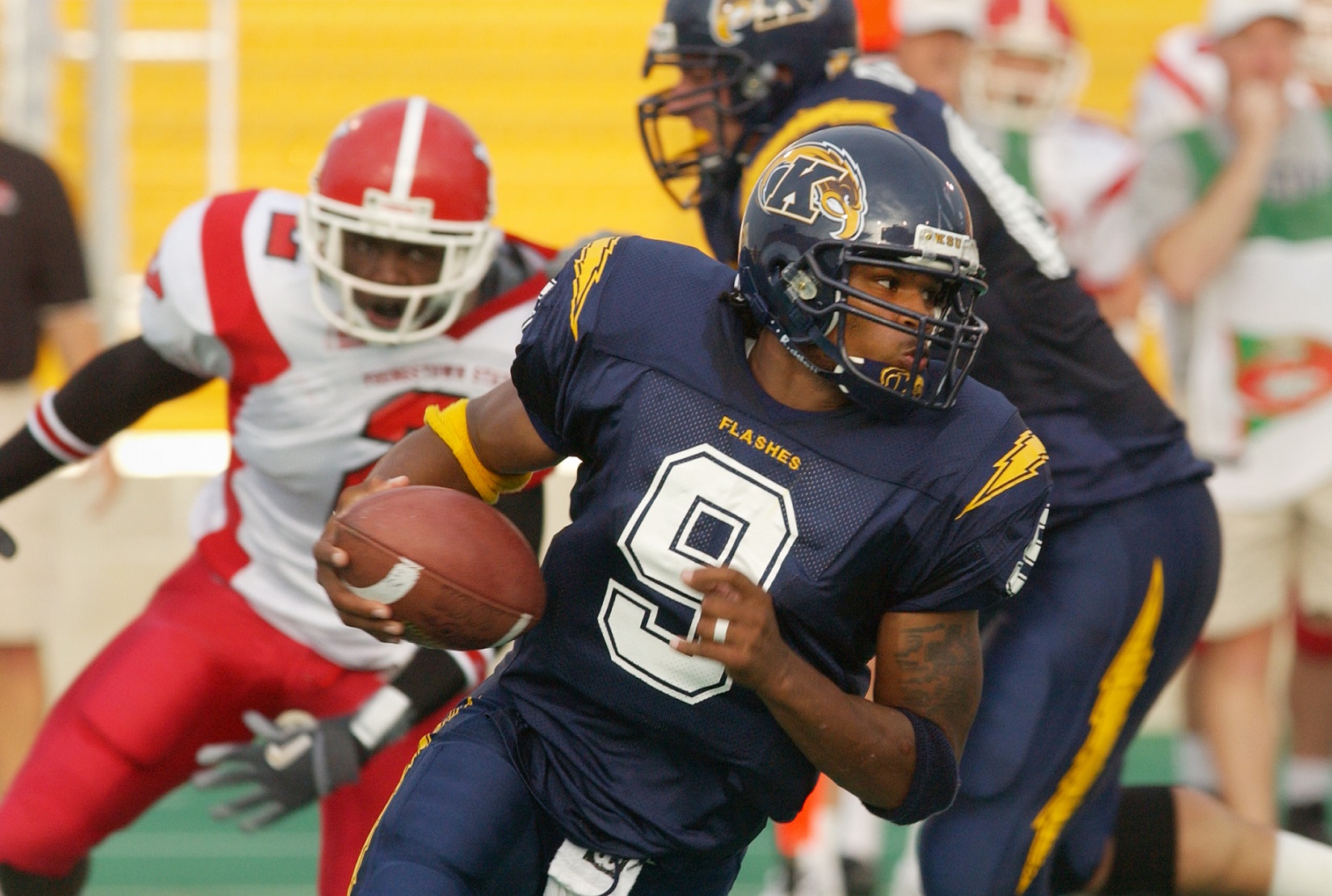 “I feel honored to be the Grand Marshal,” Cribbs said. “I feel like it’s a job well done on my part to be able to have this accomplishment, to be asked to be in a position to represent Kent State in this fashion. I love giving back to, not just the community, but my alma mater. This is a great way to do it and continue this tradition.”

Photo Caption:
Josh Cribbs keeps the ball on an end run against Youngtown State University during a 2003 home opener at Dix Stadium. The former Kent State University quarterback and NFL star will return to his alma mater to serve as the Homecoming Parade Grand Marshal on Oct. 1.