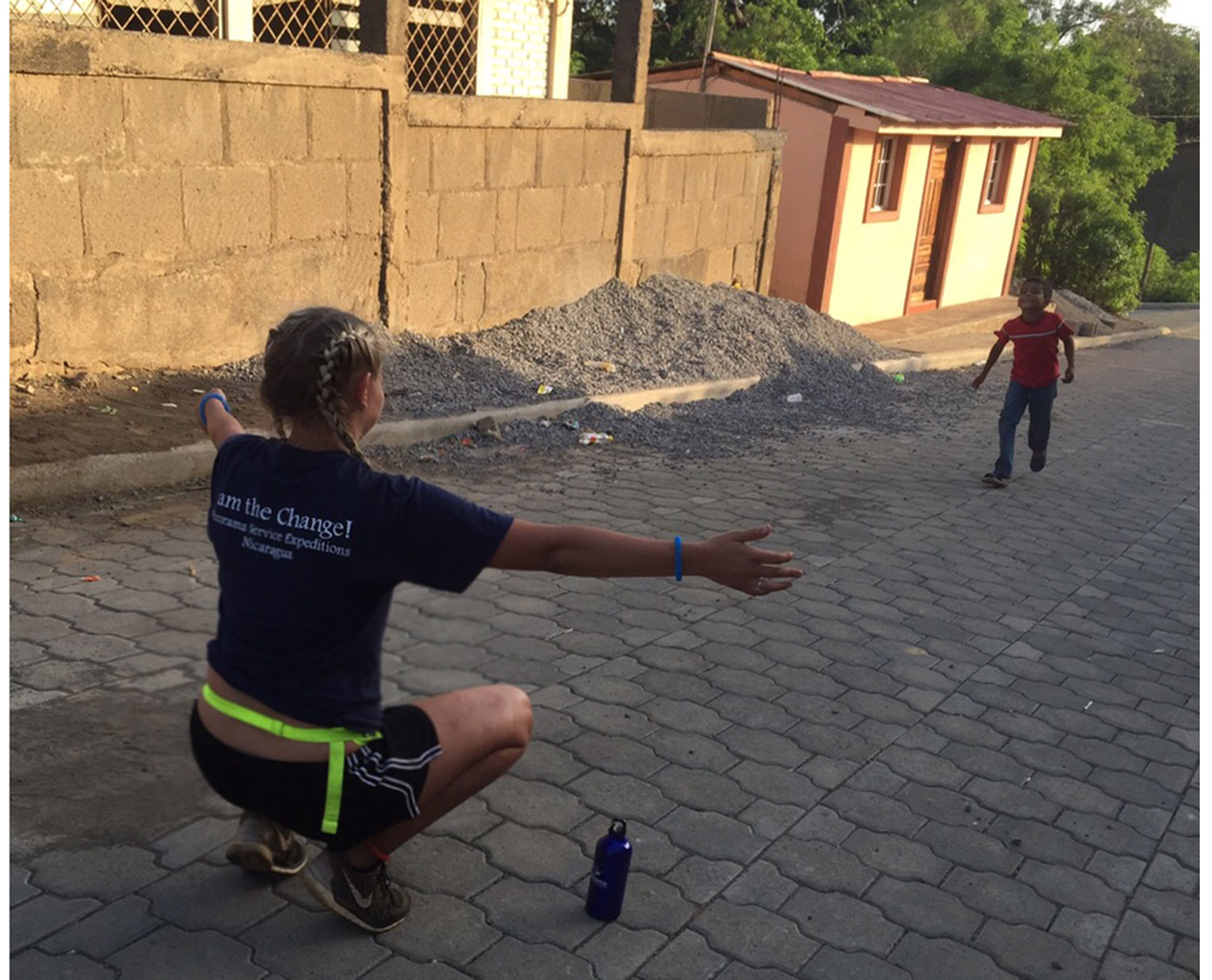 Kent State Students Make a Difference in Nicaragua, One Stone at a Time

Saying goodbye was more difficult than Riley Jernejcic could have ever imagined. Crouched down on the cobblestone street with her arms stretched out from one end to the other, Jernejcic cried out, “Adios. Abrazo,” which means goodbye and hug in Spanish. About 50 feet away, a little boy, known as Wilder, came running up the hill. 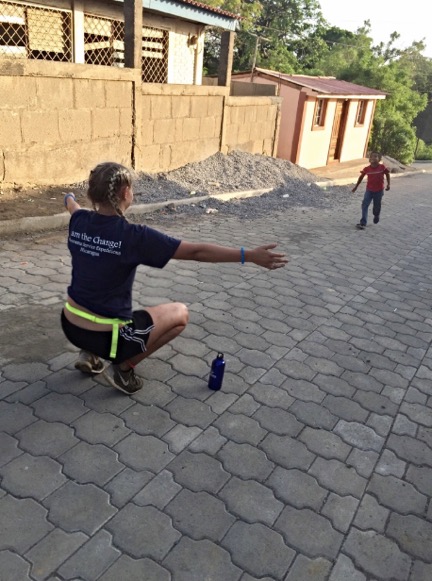 “He jumped into my arms and we both started to cry,” Jernejcic said. “I’ll never forget him. He made such an impact on my life.”

Jernejcic, a junior at Kent State University, is one of 20 Kent State students who dedicated part of the summer to help improve the quality of life for the Nicaraguan people, through Kent State’s Office of Experiential Education and Civil Engagement. As part of their service project, the group traveled to the rural community of Los Fierros, just outside the Nicaraguan capital, to work side-by-side with the people to build a wall around the community school. They carried and aligned 450 large stones on top of one another, using every muscle and ounce of energy, day after day for a week, until the school had a strong fortress around it.

“At first I didn’t think it was going to be possible to build an entire wall around the school,” recalls Jernejcic. “But seeing the finished product on the last day, and knowing I helped contribute to making my new friend’s school a safer place, I felt so happy and accomplished.”

This is the first time that Kent State has offered a trip to Nicaragua. Leaders wanted students to have an international experience that allowed them to directly interact with the community and get immersed in the culture, including understanding the daily realities of a country where half the population lives below the poverty line.

“We also wanted to connect to a project that was identified by people within the community, that would allow us to work together with them to make a difference,” said Anna Gosky, director of Kent State’s Experiential Education and Civic Engagement.

Creating a lasting impact is what drew sophomore Delaney Cordova to take part in the trip. As a Global Communications major in Kent State’s College of Communication and Information, Cordova has two passions - travel and serving others.

“I know that I want to work in a nonprofit someday, and every experience that I have the chance to take in college is not only once in a lifetime, it’s preparing me for the future,” Cordova said. “I want to gain as much personal knowledge about the world as I can by seeing people, places, and cultures for myself.”

Poverty Does Not Define the People

Poverty is evident throughout the country, following years of revolution and war. Many of the people do not have homes, or if they do, they lack a roof, working bathroom, or sanitary water. Cordova and the other students were prepared to witness the poverty, but shocked to encounter a community filled with such humble and genuine people.

“They work so hard to earn the things they have and ask for nothing in return,” Cordova said. “They are the most grateful people, yet they have the least.”

“They were some of the kindest people I have ever met,” Jernejcic said. “It amazed me that even though everyone was so poor, they still were so happy and had so much to smile about.”

Foundation for the Future

Even though the students set out to make a difference in the community of Los Fierros, in the end, students say that they were the ones who changed.

“The students had an incredible learning experience about who they are in this world and what they value,” said Niki Lee, senior learning community coordinator for Kent State’s Exploratory Advising Center. “What stands out the most is how well 20 members (most of whom did not know each other) worked together alongside community members (without necessarily speaking the language) to complete a very large and important project.”

As the students placed stone upon stone, not only did they build a wall, they built friendships, and a foundation for their own futures.

“The trip alone has helped me better prepare for life itself,” Jernejcic said. “I have much more of an open mind about different cultures, and I am reminded to always go into things without judgment.”

“I want to find the biggest problems and challenges that people are facing and find ways, even the smallest impactful things, that can lead to a sustainable future for all,” Cordova said.

In Los Fierros, that future now includes new protection for the school children, including Wilder, the little boy who left a big impact on the hearts of those who came to help.

To learn more The Office of Experiential Education and Civil Engagement, and its upcoming trips, visit www.kent.edu/oeece.