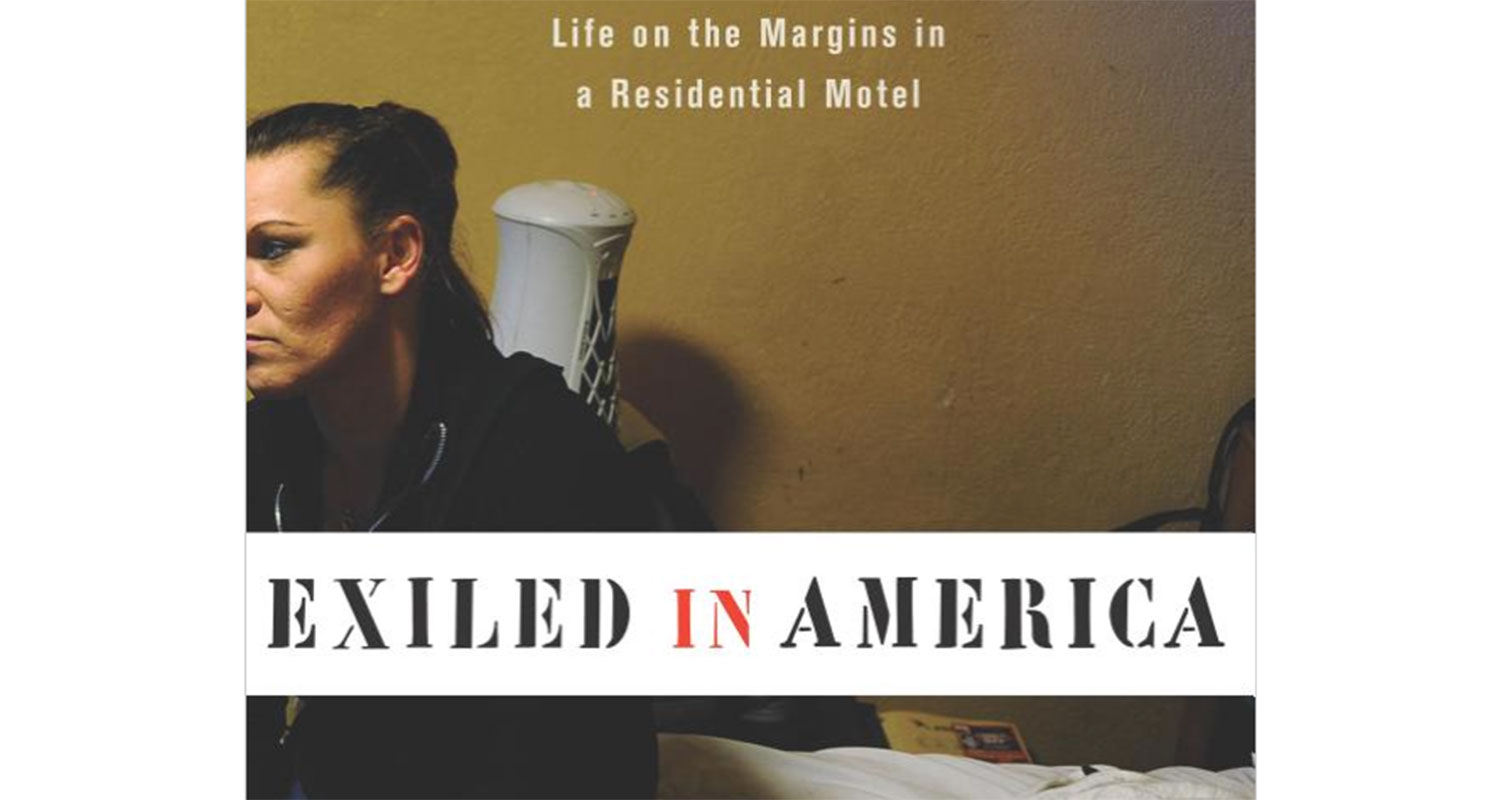 Many people take their work home, but few turn work into their home. Christopher Dum, Ph.D., assistant sociology professor from Kent State University’s College of Arts and Sciences, did just that. For a year, Dum moved into a residential motel to better understand the dangerous living conditions and vulnerable residents who have nowhere else to go.

Dum compiled their stories into a book Exiled in America: Life on the Margins in a Residential Motel
The book documents the lives of struggling addicts, registered sex offenders, released prisoners and the recently homeless in order to bring attention to the issues they face.

“The goal in writing this was to show people as three dimensional,” Dum said. “In the instant that you start labeling people or start viewing them just as the result of one thing they’ve done or one vice that they might engage in and have a hard time kicking, then it becomes really easy to devalue people and to label them as others and do really horrible things to them.”

In “Exiled in America,” where names of people and places are pseudonyms to protect everyone’s privacy, Dum sheds light on the conditions the “Boardwalk Motel’s” residents are forced to accept out of desperation. Years before Dum stayed at the motel, the building was audited and code violations such as structural damage, faulty alarm systems, exposed wiring, mold and bug infestation were found in every room. Nothing had changed when Dum arrived in 2012, five years after the inspection. The motel was eventually shut down in 2014 because of code violations.

“We need to ask ourselves, what are the minimum standards that we are willing to accept in terms of where people can live,” Dum said.

He emphasizes this as an ongoing issue that needs to be addressed and points to the recent Oakland warehouse fire that killed 36 people late last year.

“Just because you’re poor, coming out of prison or need a home, it doesn’t mean that you should accept a dangerous home,” Dum said. “I don’t mean that we should give people luxurious apartments or anything like that, but you should live in a place where things work, where things aren’t going to kill you or get you sick. That’s just a basic standard of human decency that we should demand for people.”

Dum recalls the polarity he witnessed within the community between those who were concerned over the residents’ well-being and those who simply didn’t care. While the motel did close down because of code violations, Dum cites a deeper issue.

“What people at the motel saw was a society that didn’t care enough about them to make sure that they get it right,” Dum said.

Aside from documenting the daily lives of his subjects, Dum also touched on suggestions to improve and make policy changes to address the issues that make people have to move into motels in the first place. Dum hopes “Exiled in America” will encourage readers to step out of their comfort zones to engage those who might be different from them.

“There are a lot of people in the book who I met who were really caring and really tried to help those around them,” Dum said. “I would just hope that if someone picked up this book, they would give it chance, and when I say ‘give it a chance’ I really mean give the people in the book a chance to show who they are.”