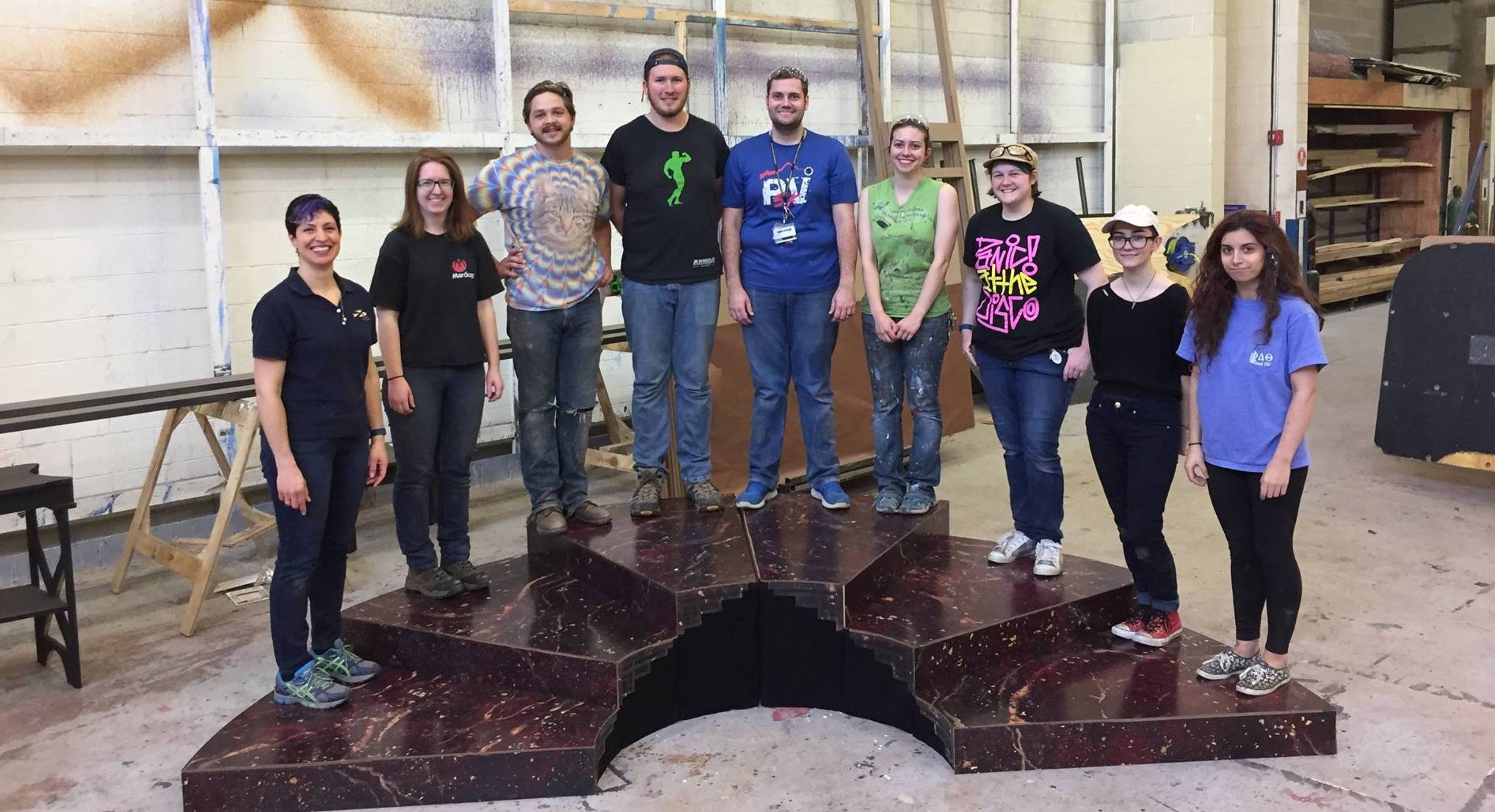 Kent, OH – A group of undergraduate and graduate students in the School of Theatre and Dance’s scenery design course have been invited to design and build the set for the Lower Great Lakes Chapter of the National Academy of Television Arts and Sciences’ Emmy Award ceremony taking place June 17 at the Cleveland Hilton.

Advised by assistant professor Tamara L. Honesty, the students met with John Stealey, vice president of the Lower Great Lakes Chapter of the National Academy of Television Arts and Sciences (NATAS), and Ted Van Hyning, director of production at NPi Audio Visual Solutions, in March to discuss the scope of the project. Stealey presented the organization’s concept for the ceremony – an evening of elegance and excellence – and their request for an out of the box and innovative design that took the hotel ballroom’s layout and the traffic flow of presenters, winners and the audience into account.

The students divided themselves into three teams, each of which proposed a scenic design for the awards ceremony. The teams then presented the designs to Stealey and Van Hyning as well as to Rick Jackson from WVIZ and NATAS Emmy Administrators Bob Hammer and Gary Manke. Following the initial presentations, the designs were shared with the Lower Great Lakes NATAS board which proposed revisions that allowed the students to combine the three distinct designs into one cohesive design for the ceremony.

“This has been an excellent learning opportunity for the students,” said Honesty. “They have had to work together as one cohesive unit and within tight budgetary and time constraints to design a set that will be installed and dismantled all in the same day.”

The students are documenting the design, construction, and installation process in order to submit the design for Emmy Award consideration next year.