“The quintessential backstage musical comedy 42nd Street is the song and dance fable of Broadway with an American dream story,” David Mitchell says. “Many of the songs from this musical have become classic hits, such as “We’re in the Money,” “Lullaby of Broadway,” “Shuffle Off to Buffalo,” “Dames,” “I Only Have Eyes for You” and “42nd Street.”

Saturday Night Fever, which has a large following, is based on the hit film featuring songs by the Bee Gees. Once is the winner of eight 2012 Tony Awards®, including Best Musical.

“Once tells the enchanting tale of a Dublin street musician who's about to give up on his dream when a beautiful young woman takes a sudden interest in his haunting love songs,” Mitchell explains. "During my career, I've worked on more than 130 Broadway show engagements, and the musical Once is in my top five that I've seen and worked with. It should be the ‘don't-miss’ show of the season. There will be an actual Irish pub on stage, which audience members can visit prior to the show and at intermission. Do I need to say anything more?"

Due to popular demand, the international Irish dance phenomenon Riverdance is returning to the Kent State Tuscarawas stage for the second time, with three performances scheduled over three days, March 14-16. Riverdance - The 20th Anniversary World Tour will feature new costumes, new lighting, new projections and a new number, Anna Livia, featuring the female members of the Irish dance troupe in an a cappella hard-shoe number.

GroundWorks DanceTheater explores the nuances of the human experience through unique and adventurous choreography. This exciting, eclectic work brings audiences face to face with fresh, fascinating performances of passion, intellect and humor.

Mitchell selected GroundWorks to be able to invite community participation in the show.

"In coming to Kent State Tuscarawas, one of my goals for the Performing Arts Center was to increase community involvement,” Mitchell says. “With Groundworks DanceTheater, we've commissioned them to create a dance piece specifically for local dancers. Auditions will be held, and this piece will be incorporated into the show." 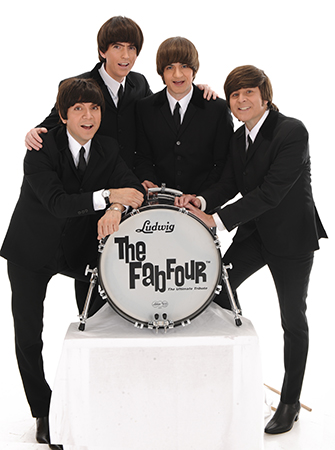 Tribute, the Cleveland Jazz Orchestra, the nationally recognized pop quartet Under the Streetlamp and the a cappella group VoicePlay.

"Another goal I have set for the Performing Arts Center is to get artists into the schools to work with local high school students,” Mitchell says. “We're bringing the a cappella group VoicePlay in three days prior to their show to enable them to go into the schools and work with students. Some of those students will have the extraordinary opportunity to perform with VoicePlay during the concert at the Performing Arts Center on Saturday evening, Oct. 15."

Adding to the rich variety of the season’s shows are Daniel Tiger’s Neighborhood – Live!, based on the award-winning PBS television series, with a fun and heartwarming musical that shares the importance of volunteering in your community; Broadway’s Next H!T Musical, the hysterical, improvised and unscripted theatrical awards show; and Men are From Mars/Women are From Venus LIVE!, a light-hearted theatrical comedy based on The New York Times No. 1 best-selling book by John Gray.

The cabaret series features performances by the Paul Ferguson Sextet, the Blue Drivers, Honeybucket and returning by popular demand is Kristine Jackson and Austin Walkin’ Cane. The cabaret tickets are $45 and include dinner.

“For the second year, Michael Taylor Insurance and Financial Inc. will sponsor the upcoming season,” Bielski says. “We are also grateful for the second consecutive year sponsorships of AquaBlue Inc. for the cabaret series and the Tuscarawas County Community Foundation’s sponsorship of our Broadway series. And new this year is AloNovus, which is sponsoring our music series. These partnerships enable us to keep our Performing Arts Center ticket prices affordable and accessible to those who want to attend our shows.”