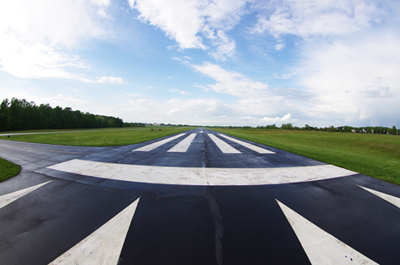 What is the history of the Kent State University Airport and the Aviation Program?
Like the state of Ohio, the Kent State University Airport is rich in aviation history. The airport, also known as Andrew Paton Field, goes back to World War I, when aviation was in its infancy. In 1917, the airfield was used as an en route landing field for pilots delivering Curtiss JN-4 “Jennies” produced in Canada to locations in the United States. Three years later, the airport opened for public use as Stow Aviation Field. During the 1930s, under the direction of the Robbins Flying Service, the airfield was used by several notable pilots, including Charles Lindbergh, Floyd Bennett, and Eddie Rickenbacker. In 1947, Andrew Paton taught the university’s first aerospace course. Today, the airport is a public use airport that is the home to the university’s accredited and honored aviation program. It is classified as a “general aviation” airport, which means that it serves the general public, but does not offer scheduled commercial service. The timeline shown on the downloadable fact sheet illustrates many of the airfield and academic milestones for the airport.

How does the Kent State University Airport benefit the community?
The airport is a valuable asset that brings numerous social and economic benefits to the community. It serves as a gateway to Kent and surrounding areas, providing a base for private pilots, local businesses, agriculture, and vital medical services. The airport is classified as one of 29 general service airports in the 2006 Ohio State Aviation System Plan. This classification of airports serves light, twin-engine and single-engine aircraft flying for business, pleasure, and training. 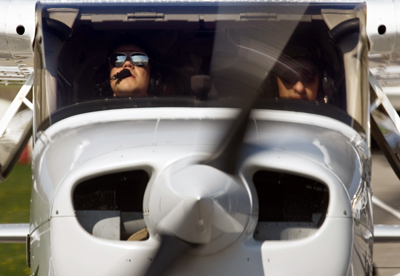 What makes the Kent State University Airport and its aviation programs important and unique?
The Kent State Aeronautics Program is the largest flight training school in Ohio, and the only collegiate aviation program in the state to be accredited by the Aviation Accreditation Board International (AABI). The AABI accredits schools in seven areas. Kent State has accreditation in five programs—only two other institutions in the world have as many accredited programs. Currently, the university has more than 500 students enrolled in bachelor’s degree programs in the following concentrations:

Safety science, aircraft maintenance management, aerospace engineering technology, and unmanned aerial systems are also good fits for the aviation program and could be added in the future. Kent State is one of very few universities in the U.S. and the world with its own airport. While the facility is available for public use, the majority of activity is associated with the university. There is a continued demand for professional pilots and aviation professionals worldwide, and Kent State’s programs are helping to train a new generation of aviation professionals. The Aeronautics Program is recognized by major airlines and the U.S. military as one of the top flight schools in the country. Kent State was awarded the Loening Trophy in 2010, an award presented annually to the outstanding all around collegiate aviation program in the nation.