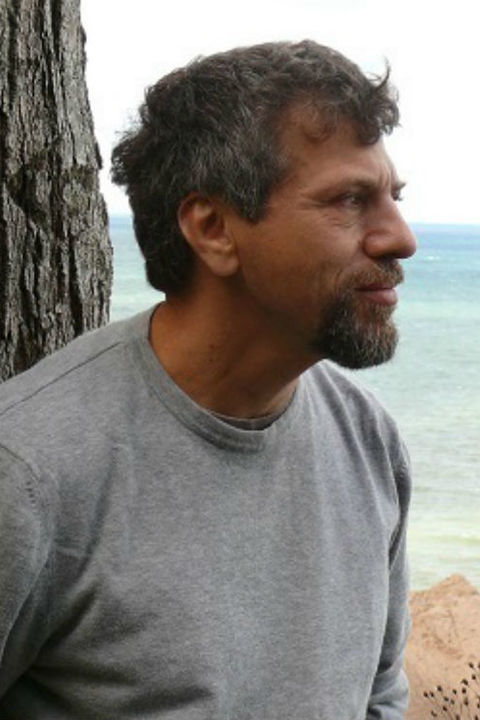 When cells are forced to swell or to shrink by being abruptly placed in a too concentrated or a too dilute solution, they quickly restore their initial volume. This fact was discovered in the 1960s, and since then, cell volume regulation has become a classical subject. Cell volume adaptation is important in many tissues that frequently face concentrated or dilute fluids (as we drink water, for example) or in fish that migrate between rivers and ocean.

We are taking cell volume research a step further by considering not just cell volume per se but also cell density (or, in other words, the concentration of intracellular proteins and other macromolecules in the cytoplasm). This allows us to investigate long-term responses, when cells keep growing or dividing and, therefore, their volume is not “regulated” in the original sense. It turns out that it is cell density, and not necessarily cell volume, that remains remarkably constant over long periods. That raises two questions: (1) why is cell density so important? and (2) how is it maintained? The clue to this enigma may lie in the phenomenon known as macromolecular crowding. When macromolecules are present at concentrations as high as in the cell cytoplasm, many biochemical reactions proceed differently; and on top of that, the reactions become extremely sensitive even to small changes in the intracellular density. For this reason, it is possible that intracellular density of macromolecules regulates a variety of cellular processes, including its own maintenance.

Cells can die a peaceful or violent death. The peaceful way of dying is known as apoptosis, when a series of coordinated processes lead to cell's self-destruction. Proper balance between cell proliferation and apoptosis is necessary for the normal functioning of the organism: too little apoptosis may lead to cancer, autoimmune and inflammatory diseases, and excessive apoptosis is associated with neurodegeneration and tissue damage.

Necrosis is the other common type of death that typically results from a more severe injury. It is often observed in the stroke, for example. Necrotic cells spill out their components, which can produce dangerous inflammation.

One major difference between necrotic and apoptotic types of death is the cell volume behavior. Necrotic cells swell and eventually rupture; apoptotic cells shrink and split into small fragments that are cleanly removed by phagocytes. Cell shrinkage is one of the most essential characteristics of apoptosis and, at the same time, one of the least understood. Apoptotic shrinkage results partly from water expulsion from the cell, which takes us to the next question: what exactly happens during apoptosis that makes cells lose water?

But there is more to apoptotic shrinkage than that: not only does it result from apoptosis caused by various harmful factors but a forced and sustained shrinkage by itself can drive cells into apoptosis. And if shrinkage is prevented, apoptosis does not develop at all, and cells continue to live. We think that macromolecular crowding is an important determinant in apoptotic death as well.

The method of cell volume measurement that has been developed in our lab has another useful property: it presents any live cells and organisms in vivid contrast (bright red), while inorganic or dead matter remains dark. We plan to test the applicability our technique to the diagnosis of tropical parasites, such as schistosomes.

Past collaboration with Anatoly Khitrin 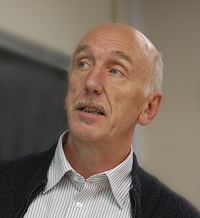 Anatoly Khitrin (1955-2017) was a professor in the Chemistry Department of KSU. His specialty was nuclear magnetic resonance and quantum theory, but he possessed a vast knowledge of all branches of science (https://physicstoday.scitation.org/do/10.1063/PT.6.4o.20180921a/full/). I was fortunate to work with him on several projects. On one occasion, he proposed a highly original theory of membrane potential (1); another time, he came up with an extremely simple and original description of microscopic image formation (2). We hope to develop his ideas into a working tool for analyzing brightfield transmission images.