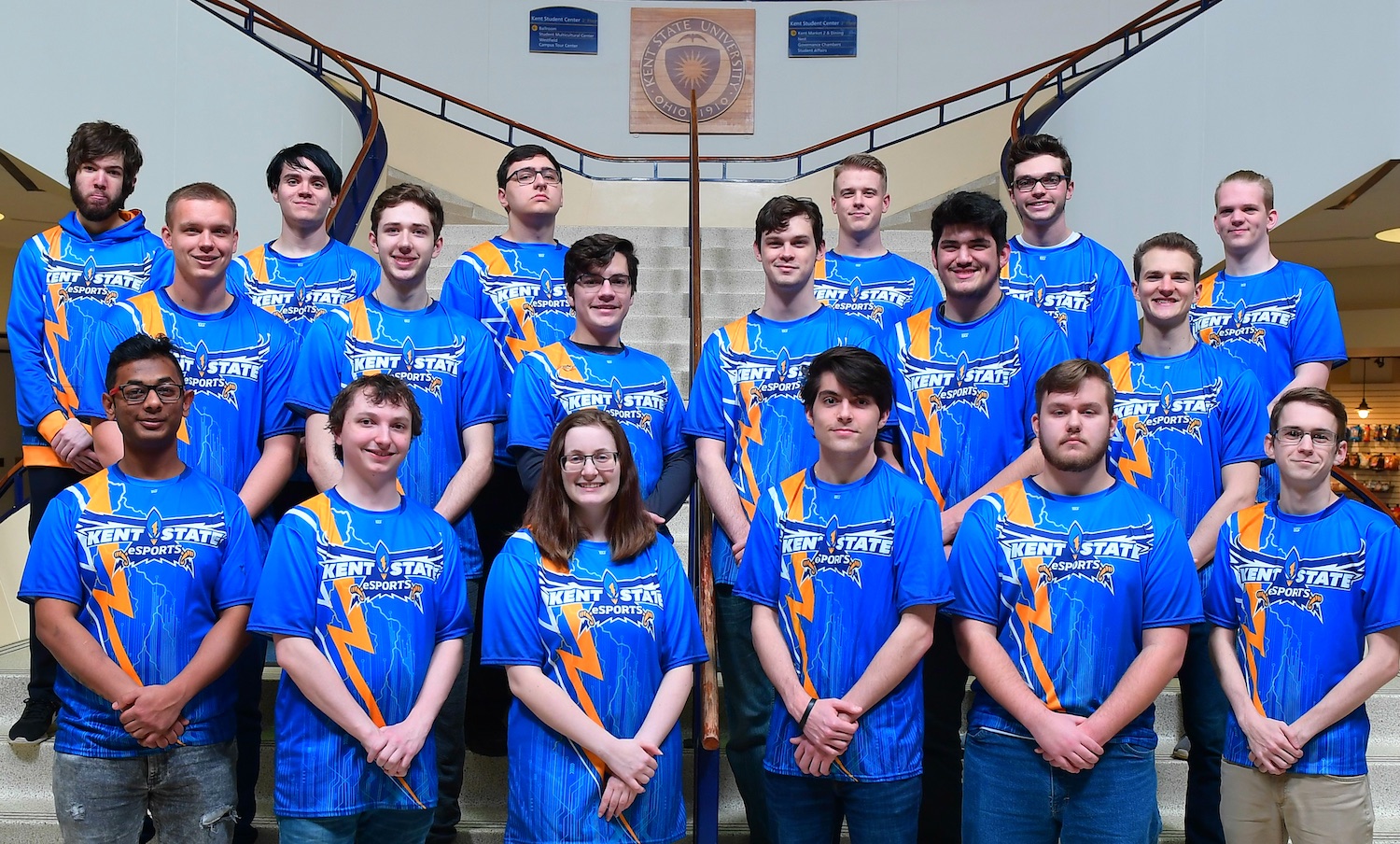 When most people think of varsity or club-level sports programs on college campuses, names like Overwatch, Hearthstone, League of Legends and Rocket League are not normally mentioned. But at Kent State University, these popular game titles are the new electronic landscape for a varsity sports program that launched in fall 2018 at Kent State.

eSports is a form of organized, multiplayer online video gaming played competitively for spectators. Varsity team members may compete individually or as a team depending on the gaming platform they use.

Maria Hawkins, the new project manager of the eSports program, has created goals for the program. She hopes to increase awareness about gaming across the Kent State community, grow eSports into a competitive, well-known program and create a multidisciplinary approach to research on eSports and gamers health and development.

“The idea of developing and growing a new eSports program at Kent State was an opportunity I found very exciting,” Ms. Hawkins said. “As an alumna of Kent State University, I could not pass up the opportunity to work at Kent.”

The Kent State eSports team is composed of players from all eight Kent State campuses, and team members have to try out to be chosen as varsity level members. Every varsity player receives a scholarship to help pay tuition. In addition, each Kent State Regional Campus also hosts a club level team for non-varsity players.

Hearthstone is a card-based online game where different statistics and ratings on the cards allow you to strategically compete against other players and work for the best score possible. Players compete individually, and team members include team captain junior Patrick McLaughlin, freshman Justin McKeal and freshman Joshua Fine.

Rocket League is a game platform that is team-based with four players per team. Rocket League combines soccer, airborne vehicles and boosters to score aerial goals and make saves.

Players use an avatar with unique abilities as they battle against a team of other players. The goal of League of Legends is to take over the opponent’s home base, much like a digital game of capture the flag.

Overwatch is the biggest team at Kent State. In Overwatch, the player controls one of several heroes in a cooperative team-based squad. The teams work to protect designated zones from their opponents.

Lindsey Myers, director of marketing strategy and research for University Communications and Marketing at Kent State, has found that gamers tend to develop skills through their gameplay that can help them succeed academically and in future careers.

“The gaming platforms that Kent State eSports players compete on offer opportunities for students to develop skills that can help them in college and beyond,” said Ms. Myers. “For example, Hearthstone players tend to excel at critical thinking skills and mathematics because those are used in the game play. Overwatch players excel at communication, leadership, and understanding strengths and weaknesses to put together a strong team of people with diverse talents.”

An additional facet of the launch of Kent State eSports is an academic research component. Researchers from across various departments and colleges are coming together to take a multidisciplinary approach to studying gamers’ health, skill development and academic success.

“It’s exciting that Kent State is one of the first universities focusing on multidisciplinary research around eSports,” Ms. Hawkins said.

Ms. Hawkins said the research will encompass gamers, eSports fans and community participation. Researchers will aim to better understand aspects of competitive video game play, ranging from the nutritional, physical and mental health and well-being of players to the culture that surrounds competitive gaming. eSports research is conducted by faculty and graduate students from a variety of fields, such as psychology, public health, education, computer science and mass communication. There are currently several research projects underway.