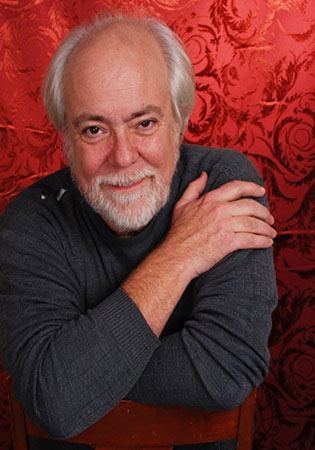 Fulton's career has given him expertise in teh field of performing arts. He created a professional theatre company in downtown Cleveland during the 1970s which ran for nearly five years. Shortly after, he began teaching while continuing to act at the Cleveland Playhouse.

From there, Fulton and colleagues created the Cleveland Theatre Company which ran out of Cleveland State University. Next, his career took a different path as he worked as the Director of Development at Case Western and John Carroll University where he expanded his knowledge of computer systems.

Soon after, he received a call to become the artistic director for the Chagrin Falls Performing Arts Academy. He quickly became the director and they are currently in their eleventh season.

Fulton starts each day at 7:45 a.m. when students arrive for their first classes. Students come to the academy from 10 different school districts in the Cleveland area.

After regular school hours, Fulton helps the students rehears for one of eight full shows they produce every year.

"I'm exhausted, but it's great. These kids are serious about what they want to do," said Fulton.

As an administrator, Fulton uses his KSU knowledge every day. He specifically uses methods he learned to motivate his classrooms, manage a grading system and follow state laws and guidelines.

Uniquely, the Chagrin Falls Performing Arts Academy accepts students on the autism scale. Through the College of Education, Health and Human Services, Fulton learned about accessibility options in the classroom which help him mace accommodations for his students.

Fulton encourages students to have a lot of fun while in college. As a passionate administrator, Fulton credits his love for his work as his greatest asset.

“Study what you love,” Fulton said. “If you go to work with something you care about deeply, it’s not work.” 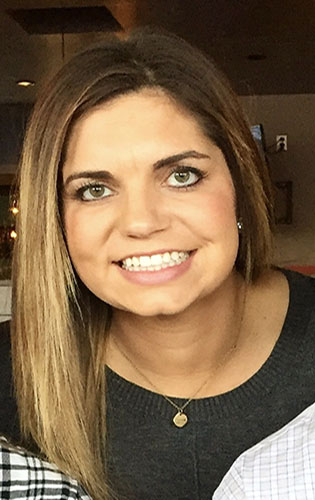 When she isn't working as a memory support director, Caroline James volunteers as the team captain for the Stark County Alzheimer's Association Walk to End Alzheimer's.

James earned her bachelor's degree in Gerontology/nursing home administration from Kent State University's College of Education, Health and Human Services. Before graduating, she completed her 800 hour AIT practicum and interned with her current boss at Brookdale Senior Living. From there, she moved to her current position at Chapel Hill Community in May of 2014.

In her current role, James oversees social services for memory care residents. She helped create the program Comfort Matters, which provides people living with dementia the resources to live as comfortably and happily as possible.

When NBC Columbus aired a special about Alzheimer’s, United Church Homes was one of three sponsors for the special. They selected James to represent them.

James was also selected to attend the Alzheimer's Awareness Annual Conference in New Orleans in January.

Within her job, James serves on the company's leadership team and helped pilot new programming that helps residents communicate with their families.

James credits her connections with professors for a lot of her current success. Professors within the major helped connect her with working professionals early in her career. They especially helped her during her 800 hours in the field where she was exposed to everything, from washing floors to attending leadership summits.

Throughout her time at Kent State, James made sure to show everyone that she is positive and professional at all times.

“Never burn any bridges,” James said, “You never know when you’re going to work with someone again.” 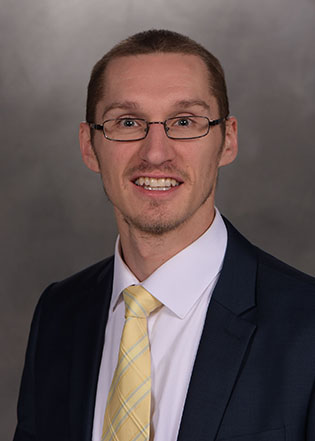 Anthony Shreffler received his undergraduate and graduate degrees from Kent State EHHS. After, he worked as a data and evaluation Specialist for Youth Opportunities Unlimited in Cleveland. Soon after, he found himself back at Kent State, working in EHHS’ Research and Evaluation Bureau.

In this job, he conducts comprehensive evaluations for external projects and provides research consultation to faculty and students within EHHS.

After his undergraduate degree, Shreffler chose to return to Kent for the Evaluation and Measurement degree. This program is specifically designed for teachers and administrators seeking applied measurement, research and evaluation skills.

Shreffler returned to Kent once again when he saw a job opportunity open that aligned with his skill set and professional goals.

“I am very grateful to remain a part of the community now as a staff member,” Shreffler said, “I love the University environment; it has life to it, where things are always happening, moving and growing.”

In his role, Shreffler provides consultation to EHHS graduate students at thesis or dissertation level. He provides everything from developing surveys and databases to consulting on data analysis methods.

"I've worked with many students on a number of different projects and I enjoy learning about each project," Shreffler said.

Pride in his Work

Shreffler explained that he uses the knowledge from his undergraduate program every day in his professional work. He especially uses the statistical methods he learned in graduate school.

One professor who had a great impact on Shreffler's educational experience is Dr. Tricia Niesz. She served as Shreffler's advisor.

"Not only was she my advisor," Shreffler said, "but she made me feel proud of the work I accomplished in her course and in my program overall."