A Letter from India: CIIE Board Member visits Malappuram and the Teakwood Museum

For the second letter from David Dix, one of CIIE Board Members, we got a glimpse of the impact CIIE and ILEP programs have through Shri. P.V. Thomas and Riyas P.T., ILEP graduates who came to Kent State University in 2014.

From Travel Diary of David and Janet Dix: At Malappuram

The rigorous curriculum at Central Government Schools is set by the Central Government and it is the same for all schools in the system so if the person is transferred, his or her children do not lose time. Tuition and fees are roughly 700 rupees per month. The demanding curriculum is in English and Hindi from Grade 1 and by the sixth grade students must be comfortable in both languages. For the last two years for grades 11 and 12, the student will choose to specialize in Science or Commerce/Economics. Students who fail are given one opportunity to repeat. If they fail again, they have to exit the system. Any graduate who posts respectable marks and test scores is virtually assured of admission to one of the nation‘s prestigious colleges or universities. The school week is six days except for one five-day week scheduled each month. The school year has two 10-day breaks and a 50-day summer break during June, the hottest month. Thomas, an ILEP graduate who came to Kent State University in 2014 and an award winning teacher, will receive coveted Central Government recognition in two weeks. ﻿Kent State University is well represented at Kendriya Vidyalaya! 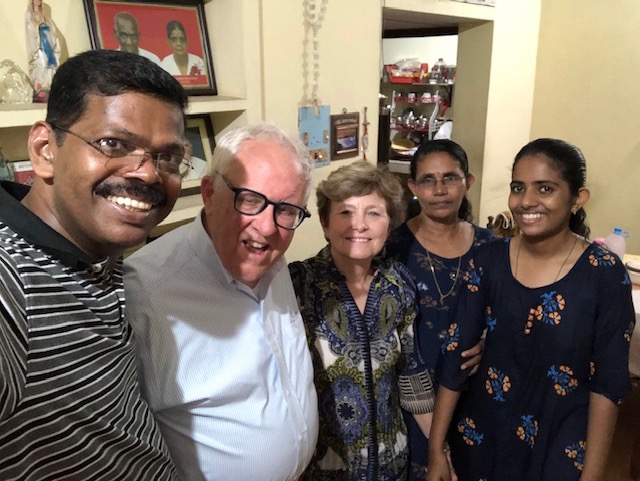 Janet and I with Thomas and his family. 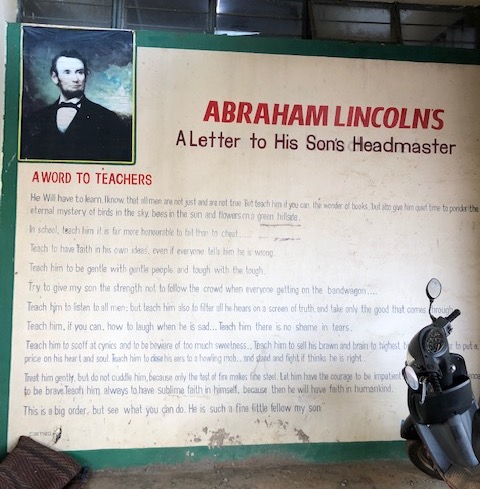 At the entrance of the school is a letter about education by Abraham Lincoln. 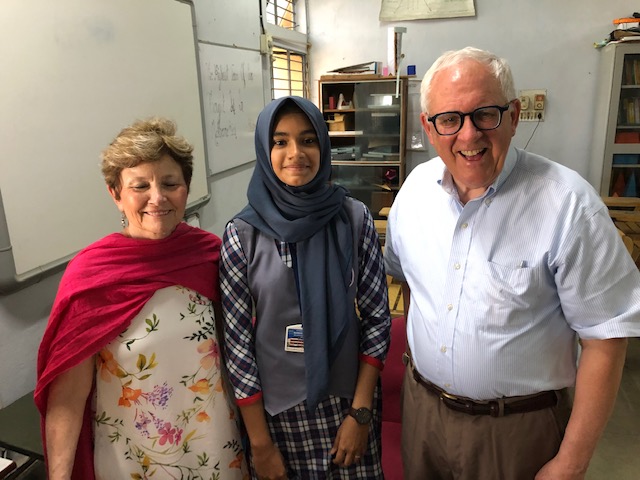 Janet and I with an 11th grader who flawlessly recited Martin Luther King’s I Have A Dream speech by memory as part of the daily school assembly. 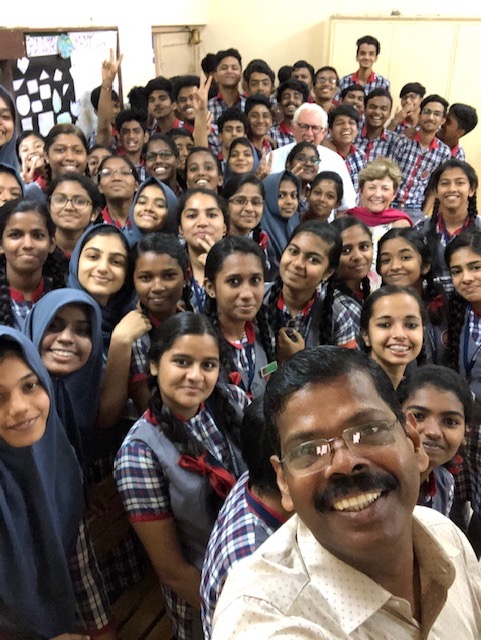 A selfie by Thomas showing some of the students, Janet and I engaged in a lively one hour discussion 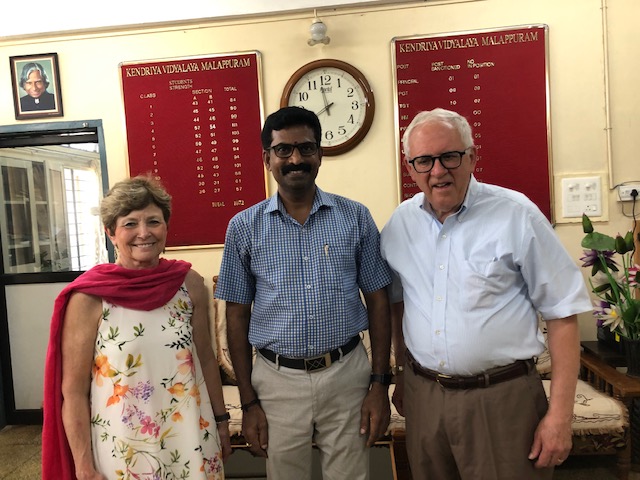 Janet and I with V. Santhosh Kumar, the newly appointed principal of the school.

David and Janet Dix: At the Teakwood Museum

Riyas P.T., another 2014 ILEP-KSU, planned to have us visit his high school in a community near that of Thomas, but a demonstration against the Central Government‘s new policy regarding Muslim refugees from neighboring countries made that impossible. Instead he and a colleague, Jaleel, treated us to a visit to the Teakwood Museum in Nilambur in the foothills of the Western Ghats. Alongside the Museum is a beautiful park dedicated to the preservation and education of nature. This is a favorite location for school field trips and we had fun watching the energy of young people learning in this setting. Teakwood plantations are an important source of lumber exported and domestically turned into handsome furniture by skilled craftsmen. Teakwood is called Carpenter’s Pride because of its strength and beautiful grain. The trees take more than 75 years to mature and, left untouched, some trees survive more than 500 years. Doug and Karen Fuller were the Friendship Family for Riyas when he was at Kent State University. They are ones of the kindest and most positive individuals one could ever meet. His family hosted us to tea at their home. Riyas is another outstanding person touched by the Kent State College of Education and its Read Center for International and Intercultural Education. (Unfortunately, the ILEP program was cancelled by the current administration in Washington DC. An abbreviated Fulbright program survives.) What incredible hospitality Janet and I are experiencing through these ILEP Alumni. 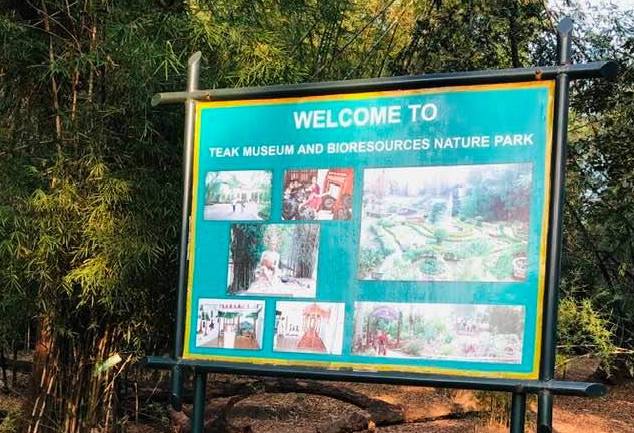 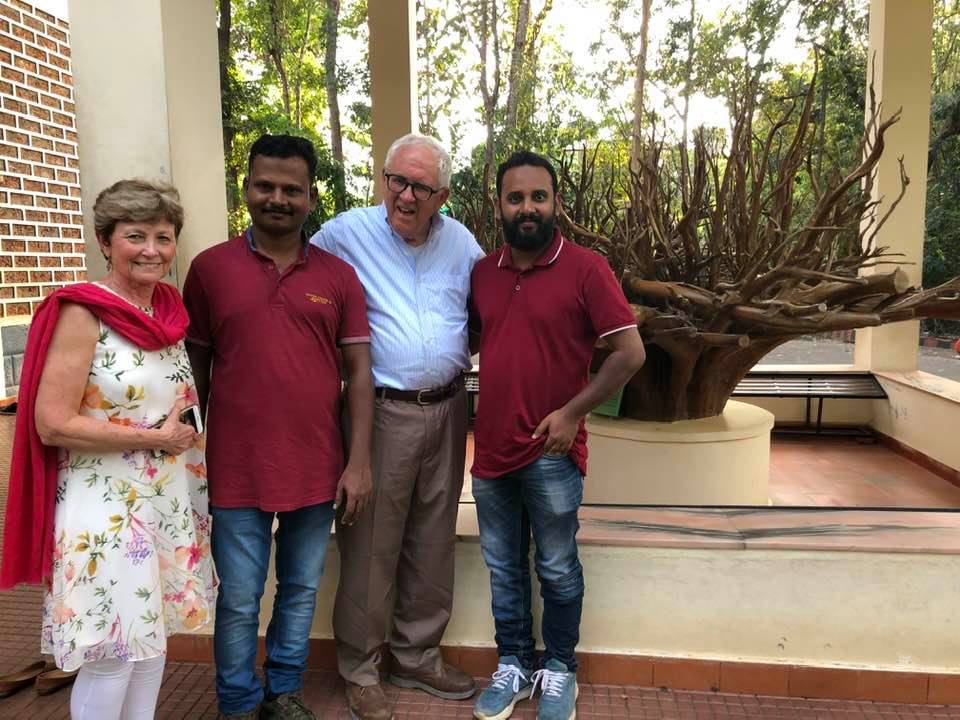 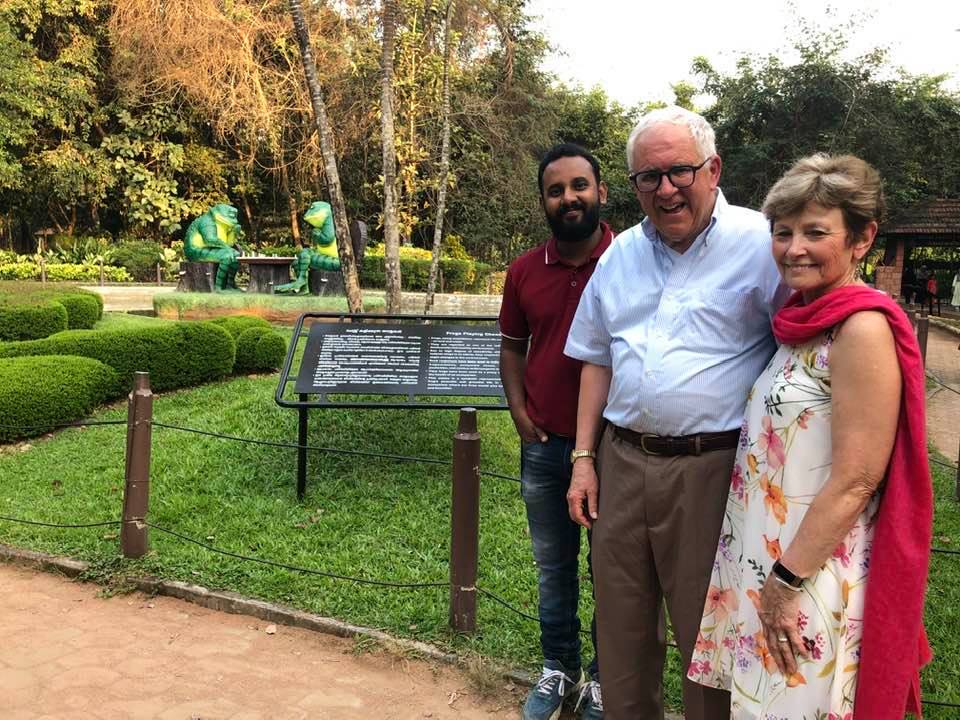 Both alumni, Shri. P.V. Thomas and Riyas P.T., have amazingly contributed to the development of the local. We are impressed to see both alumni being active agents of change, which represents what ILEP, CIIE, and Kent State University value. This is why diversity and exchange programs are much needed in the world!