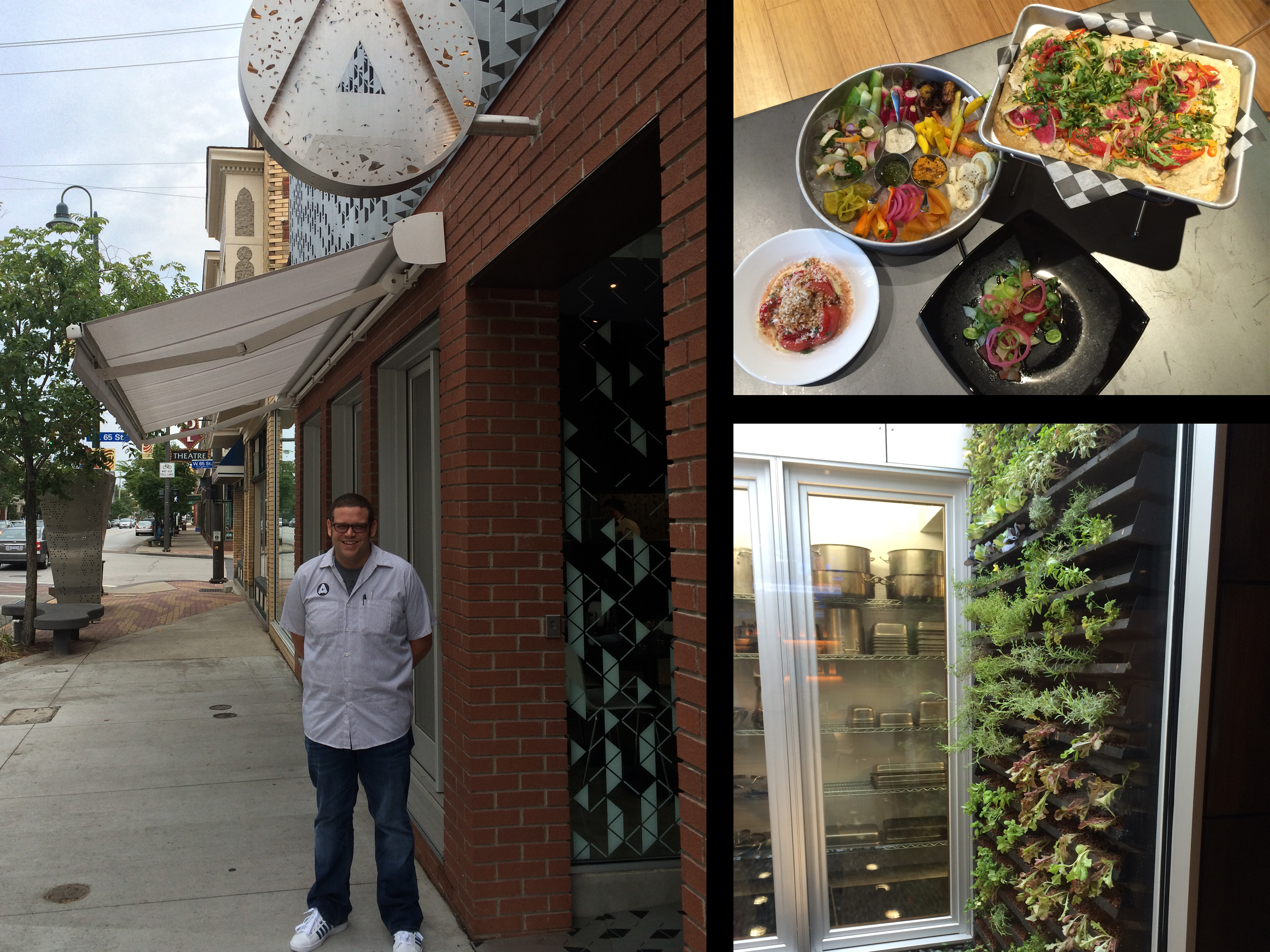 Cory, 32, along with his wife, Rebecca Hess, serving as executive chef, and Dave Hridel, serving as general manager, employ more than 30 people at its location. Cory purchased the building in 2013 with the help of an investor, and worked with contractors and architect Robert Maschke, also a Kent State alumnus, to update the building with modern conveniences to make the space functional, appealing, and energy efficient.

“Kent State helped to open doors for me, and gave me the tools to start my restaurant,” said Cory, who has previously worked in the back of the house at prominent Cleveland restaurants, such as Blue Point Grille and Lola. His experiences in the classroom have helped him in the day-to-day operations of his restaurant, such as preparing payroll, paying bills, creating training manuals, and configuring food and beverage costing.

Arcadian’s food menu features appetizers, such as smoked candied salmon, spicy carrot hummus, and fried peanuts; and pizzas, sustainable seafood, and vegetarian and gluten-free options. “We wanted to offer lighter foods that would appeal to people attending the nearby theater shows, but also offer foods that would appeal to the residents living in the area,” he said. The menu also features cocktails, beer, wine and desserts, such as coconut crème pie and angel food cake with lavender and herb icee.