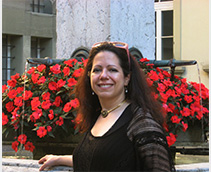 Monolingualism operates as an overwhelming assumption of the discipline of English literature, especially during the Romantic Era (1780-1840), as exemplified in studies such Romanticism and the Rise of English by Andrew Elfenbein (2009). My research and teaching have been devoted to analyzing how the complex sociohistorical events unleashed during the Age of Revolutions multiplied the points of contact between peoples and languages. As a result, translation ushered the phenomenon of heteroglossia that Mikhail Bakhtin analyzes into what has been mistakenly constructed as a monolingual archive. While critics who articulate an Anglophone-centric version of Romanticism have to grant room to German and France, my work shows that Spanish and Portuguese, languages hitherto characterized as secondary, were also part of the creative heteroglossia that Romantic era poets and writers drew upon for some of the most important British creations of the period, such as Byron’s Don Juan, Felicia Hemans’ The Siege of Valencia, and even Mary Shelley’s Frankenstein.

This lesson is part of an upper-level undergraduate course I teach entitled “War and Romance: Spain in British Romanticism.” Throughout the course, students learn and apply concepts such as heteroglossia and transculturation. This semester, students will also engage Carol Maier’s analysis of the translator as theoros to think about how the encounter with Iberian languages and history impact poetic creativity in Britain during the Romantic era. Robert Southey literally embodies Maier’s theoros in his Letters Written During a Short Residence in Spain and Portugal (1797). Not only does Southey seamlessly interweave his travel narrative with the translations he performs, but he also provides an early example of en face translation, printing the Spanish and Portuguese poetic texts alongside his own translations. This choice dramatizes the idea of translation as co-presence and as a fundamentally creative activity.