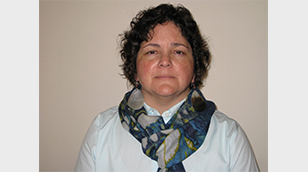 I introduced Pueblo language philosophy, and addressed “the consequences of centrality” in my project presentation, requiring a shift in the analytical center—releasing the need for such a center, and engaging the practice of attending multiple centers. We read Leslie Marmon Silko’s 500 Year Map, as para-text.  This practice repositions the reader to the vocabularies and narratives they encounter in the novel Almanac of the Dead, and signals the interpretive framework they are about to enter.  This reading forces readers to engage and sustain conversations among “peripheral” languages and philosophies (particularly Pueblo, Diné, Yoeme and O’odham).  This work is part of my larger study of narrative and language, Twenty Tellings: The Claims of the Dead on the Language of the Living, which looks at the narratives of slavery, colonization and comparative indigeneities.

The title for “Twenty Tellings” refers to the belief that twenty tellings can carry a story 1,000 years. I am writing this monograph from a dual language perspective. At one moment my arguments are firmly rooted in language revitalization paradigms struggling against linguistic genocide; in the next moment the arguments are rooted in the idea that translation forms the bases of all language, and is not a deviant, or special instance of communication. These perspectives can be framed in theories about the storyteller and the translator. I argue for a communal truth found in the web of differing versions articulated through the writing and translational practices of Leslie Marmon Silko, Anna Lee Walters and Walter Benjamin. This project explicitly theorizes the effects of colonization on the self, particularly for the dead. Twenty Tellings develops Silko’s argument that “No outsider knows where Africa ends or America begins.” The effects on the self operate within colonial and indigenous language practices and narratives. Judith Butler has identified many of these moments and dead individuals as ungrievable: I theorize from this center to argue that the dead make claims on the stories told as well as the languages they are told in.