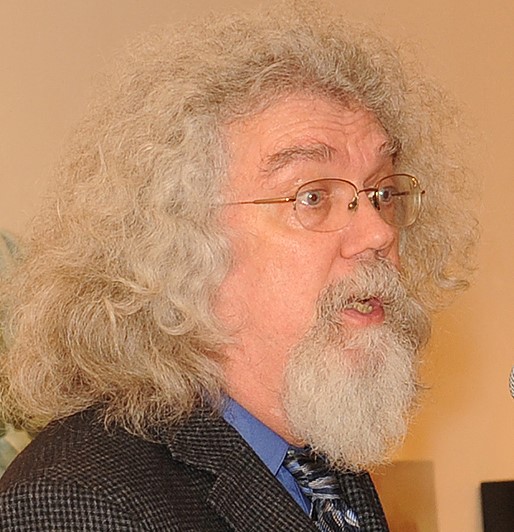 My presentation examined the factors employed by theatre directors in choosing a translation for production, and imagined an audience consisting of advanced undergraduates, perhaps a hybrid of Theatre History and Beginning Directing students.  I used Jean Racine’s Phèdre as an example for a variety of reasons: it is certainly a canonical text, one which I teach annually in Theatre History; it is one of the 19 plays from eight source languages I have directed in translation; Racine is notoriously untranslatable; in the form in which students or audiences will receive the play, it is a translation of an adaptation (of Euripides’ Hippolytus), making it a particularly interesting subject for discussions of the differences between translation and adaptation.

The presentation opened with an overview of production-specific translation concerns: everything that matters in a written translation, plus a greater emphasis on rhythm and scansion, speakability, and immediate clarity (there’s no re-reading in performance).  There is also the assumption of artistic mediation: the good news is that a translator can rely on others (director, designers, actors) to help make meaning clear; the bad news is that the translator must do so.

I used the opening sequence in Phèdre for comparison between four of the best-known English versions of the play: those of Richard Wilbur (the most famous translator of 17th century French drama), R.C. Knight (whose translation is widely anthologized, and indeed which I teach), Robert Lowell (an accomplished poet whose version crosses the line into adaptation), and Margaret Rawlings (an actor whose translation was specifically intended for stage production).

What the translations have in common: all are in pentameter, whereas Racine used alexandrines; all move character names out of French but into Latinized Greek rather than transliterations of the original.  Two of the four translations imply a “moment before,” indeed starting with the word “no.”

Richard Wilbur: We notice some problems with the scansion.  The opening line, for example, has 11 syllables instead of 10, and adds the extra in the middle of the line.  This isn’t a major problem for the reader, but the actor is already off-balance.  The rhyme, too, seems forced, with words like “commence” and “indolence.”  Neither word, especially the latter, is common in conversation, and the rhythm works only if we treat “anxiety” as three rather than four syllables.  Theramenes’ line beginning “who knows” doesn’t scan, thereby weakening the otherwise very nice rendering of “his long, mysterious absence to come out.”  We also lose the sense that Hippolytus interrupts Theramenes at the end of the latter’s opening speech.  Finally, Wilbur’s rhymed couplets, which work very well in his translations of the wit of Molière, don’t work as well with the somber introspection of Racine.

R.C. Knight:  The spelling of “dishonoured” gives us a clue that this is an English rather than American translation, and that further distancing will get in the way of the American actor, although of course not the British one.  The end of Hippolytus’ speech requires us to treat “ignorant” as bi-syllabic, and that is going to sound strange on stage.  Had “I have scoured the two seas that Corinth holds asunder” sounded so archaic in order to make the scansion work, it would be fine.  But it doesn’t scan, either.  Knight’s translation is faithful enough, but it’s rather passive and too choppy to prosper on the stage.

Robert Lowell: The writing is vigorous and engaging, and whereas line lengths vary, the iambic pattern is maintained except when changed for effect.  The images—“skull-white froth,” “waterfall of honeysuckle”—are evocative, and the clever if vulgar wordplay (given what we’re hearing about Theseus, invoking “veteran seamen” is an especially interesting choice) foregrounds the sexual tensions that will form the backbone of the play.  The only problem is that none of this is in any way related to Racine.  Lowell has written something between a version and an adaptation, but not a translation.  That’s fine, of course, but I’d never teach this version nor direct it as Racine.

Margaret Rawlings:  This, to me, is clearly the best translation of Racine’s play for the stage.  The blank verse works particularly well; there is, for example, a relentless jackhammer quality to Theramenes’ response.  This version is readily comprehensible; it is vigorous when necessary but also capable of showing more deeply felt emotion.  With the exception of one egregious error of tense late in the play, Rawlings has created a version that is faithful to the original, actable, and evocative.