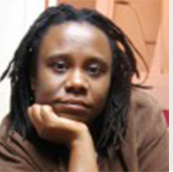 Whoever speaks multiple languages is wealthy

Whoever speaks multiple languages is royalty

Whoever speaks multiple languages has power

Whoever speaks multiple languages is well-travelled

When they had all gathered, the white man began to speak to them. He spoke through an interpreter who was an Ibo man, though his dialect was different and harsh to the ears of Mbanta. Many people laughed at his dialect and the way he used words strangely. Instead of saying “myself” he always said “my buttocks.”

“Your buttocks understand our language,” said someone light-heartedly and the crowd laughed.

“What did he say?” the white man asked his interpreter. But before he could answer, another man asked a question: “Where is the white man's horse?” he asked. The Ibo evangelists consulted among themselves and decided that the man probably meant bicycle. They told the white man and he smiled benevolently.

At this point an old man said he had a question. “Which is the god of yours,” he asked, “the goddess of the earth, the god of the sky, Amadiora of the thunderbolt, or what?”

The interpreter spoke to the white man and he immediately gave his answer. “All the gods you have named are not gods at all. They are gods of deceit who tell you to kill your fellows and destroy innocent children. There is only one true God and He has the earth, the sky, you and me and all of us.”

“If we leave our gods and follow your god,” asked another man, “who will protect us from the anger of our neglected gods and ancestors?”

“Your gods are not alive and cannot do you any harm, “replied the white man.”  They are pieces of wood and stone.”

When this was interpreted to the men of Mbanta they broke into derisive laughter. These men must be mad they said to themselves. How else could they say that Ani and Amadiora were harmless? And Idemili and Ogwugwu too? And some of them began to go away.

After the singing the interpreter spoke about the Son of God whose name was Jesu Kristi. Okonkwo, who only stayed in the hope that it might come to chasing the men out of the village or whipping them, now said:

“You told us with your own mouth that there was only one god. Now you talk about his son. He must have a wife, then.” The crowd agreed.

“I did not say He had a wife,” said the interpreter, somewhat lamely.

The missionary ignored him and went on to talk about the Holy Trinity. At the end of it Okonkwo was fully convinced that the man was mad. He shrugged his shoulders and went away to tap his afternoon palm-wine.

Mr. Smith said to his interpreter: “Tell them to go away from here. This is the house of God and I will not live to see it desecrated.”

Okeke interpreted wisely to the spirits and leaders of Umuofia: “The white man says he is happy you have come to him with your grievances, like friends. He will be happy if you leave the matter in his hands.”

Mr. Smith stood his ground. But he could not save his church. When the egwugwu went away the red-earth church which Mr. Brown had built was a pile of earth and ashes. And for the moment the spirit of the clan was pacified.

In the end thanks to his considerable self-discipline and the breathing space afforded by the off-and-on of talking through an interpreter Clark was able to rally and rescue himself. Then he made the proposal to Ezeulu.

The expression on the priest's face did not change when the news was broken to him. He remained silent. Clarke knew it would take a little time for the proposal to strike him with its full weight.

“Well, are you accepting the offer or not?” Clark glowed with the I-know-this-will-knock-you-over feeling of a benefactor.

“Tell the white man that Ezeulu will not be anybody's chief, except Ulu.”

“What!” shouted Clarke? “Is the fellow mad?”

“I tink so sah,” said the interpreter.

“In that case he goes back to prison,” Clarke was now really angry. What cheek! A witch-doctor making a fool of the British Administration in public!

1. As mentioned earlier, among the advantages of translation is the fact that the translator can decide to isolate the monolingual interlocutor and have an aside with the speakers of the other tongue to which the monolingual has no access. The Court Clerk (CC) has the monopoly of Igbo-English translation in the society. He takes undue advantage of this in different ways. One way is to insult and curse the District Officer in Igbo whenever the D.O uses English expressions that confuse him or does any other thing that does not go down well with him. The CC’s favorite deity is Amadioha, the god of thunder, whom he invokes to strike the D.O. Where the D.O suspects some foul play, the CC has the wit to wriggle out.

2. CC: Another way in which the CC capitalizes on his ability as a translator is to perpetuate corruption and gratify himself by exploiting the indigenous population. In one instance, the CC misinterpreted the idiom “What iron have we got in the fire for today,” implying “what case have we got in court today.” Using the clue of the word “iron,” he interprets the expression to mean an inquiry about what Okpuzu the blacksmith (who deals with iron) had done with iron that day. Okpuzu is consequently summoned. When the D.O denies ever asking about any blacksmith, the CC exploits this situation and tells Okpuzo in Igbo: “There’s nothing this Englishman will not tell me. He says you should bring two goats to my house so that you will not be caught breaking iron...”

3. A similar case arises in a clear case of a misstatement. The Court Clerk (CC) conceives the D.O’s reaction signal “O.K.” to mean “Okey” a short form for the common Igbo name “Okechukwu.” Consequently, he summons Mr. Okey through the Court Messenger. When he realizes that he has made a mistake in interpretation, he (rather than repent and admit his error) capitalizes on the situation and tells the innocent Mr. Okey that the D.O has ordered him, Mr. Okey, to bring a goat to his (the CC’s) house.