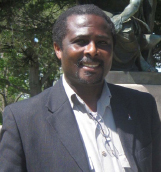 Translation is the language of languages in that it is through it that all languages talk to one another. Ngugi wa Thiong’o

My project “Translating Quaker Discourse” aimed at illustrating the gains made in the process of linguistic code switching through the translation of a 17th century Quaker text, produced by the first woman preacher, Elizabeth Hooton. These early Quakers presented the challenges to the status quo amongst which was the issue of translation. In this endeavor I briefly explored the context of Quaker textual production to unveil how translation keeps languages with mainstream of progressive human thoughts and cultures of the world (wa Thiong’o 124). The desire and motivation for translating this 17th century Quaker text was underscored by the visibility enabled in the target language. Finally, I examine closely some of the challenges encounter in translating Quaker discourse which exemplifies the Bakhtinian notion of translinguistics. This is in line with the thinking that: “if we are to understand Bakhtin's aversion to a science of language and society, we must explore the contrasting theological foundations [i.e. Quaker foundations] of translinguistics and of science. As these foundations contrast so too do translinguistics and the scientific language study contrast” (Doe 1988). And such is true because the practice of science in the seventeenth century had a great deal in common with the religious practices of the Quakers in that same century. Moreover, both the scientism and the Quakerism of that era had a great deal in common. Through this close examination, evidence of what is gained in translation was highlighted.