Most mothers can quickly use their smartphones to show a proud photo of their child.

Stephanie Johnson just points up at the airport.

Her daughter, Alex Johnson, is one of two Kent State pilots featured in the university's "No Ceilings. No Limits." advertisement inside Cleveland Hopkins Airport.

What parent wouldn't stop to capture the moment? Especially when both are pilots and graduates of Kent State University. 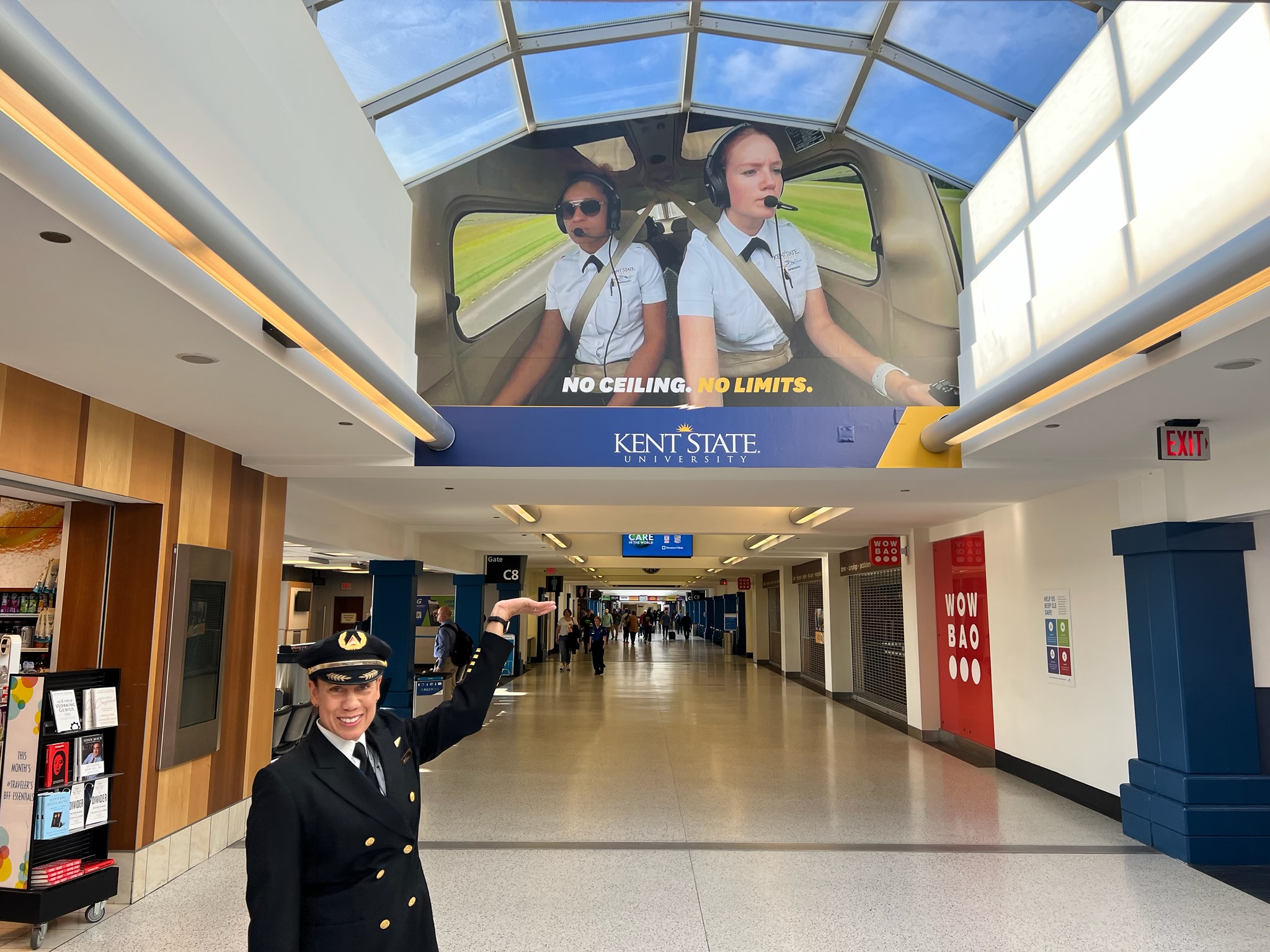 Alex and Laura aren't just sharing their story in print advertisements; they're also featured in a Kent State commercial.

To learn more about becoming a pilot, visit Kent State's College of Aeronautics and Engineering.