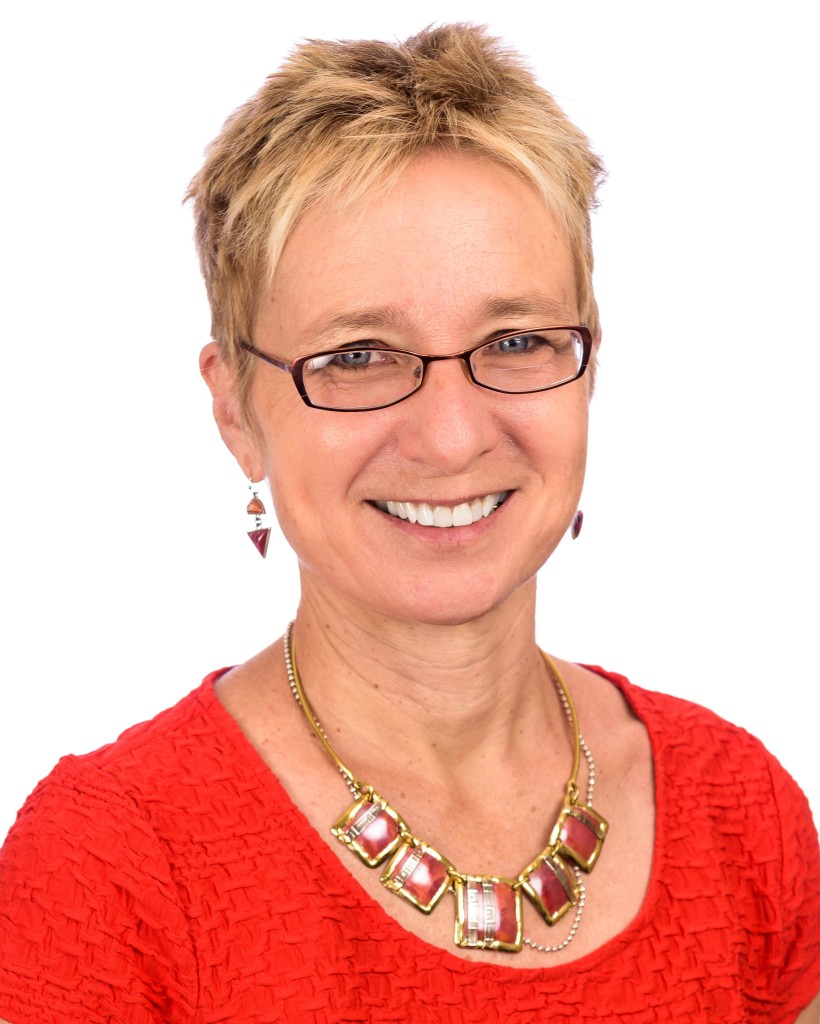 Cheshire Calhoun is CLAS Trustee Professor of Philosophy at Arizona State University and chair of the American Philosophical Association’s board of officers. She works in the areas of normative ethics, moral psychology, philosophy of emotion, feminist philosophy, and gay and lesbian philosophy. She has recently published a collection of previously published essays under the title Moral Aims: Essays on the Importance of Getting it Right and Practicing Morality with Others (OUP 2016), and a new book titled Doing Valuable Time: The Present, the Future, and Meaningful Living (OUP 2018). She is series editor for Oxford University Press’s Studies in Feminist Philosophy

The Kent State University Philosophy Department has held a Philosophy Graduate Student Conference every year in memory of the events of May 4, 1970 since the inauguration of our graduate program in 1992–93. The Conference is open to all areas of philosophy, and conference participants come to Kent from around the globe. A call for papers goes out every fall. 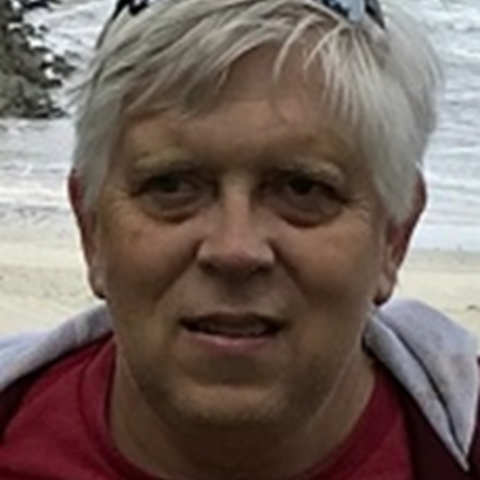 Tinkering in the Lab

Anglo-American philosophy of science has been theory-centric since at least the ascendance of scientific realism in the late 20th century. While more recent work has tended away from concerns about science “in general,” and more toward “foundational” questions specific to particular sciences, and has focused more on experimentation and actual scientific practices, the attitude that everything in science begins and ends with theory, its confirmation, and its progress, remains stubbornly recalcitrant (although it is now expressed more surreptitiously).

A recent focus on experimental tools and their patterns of development in laboratory-driven sciences like neurobiology challenges this theory-centrism. Tools that revolutionized neuroscience, at least in the eyes of neuroscientists, developed by way of atheoretical tinkering in the laboratory—by solving engineering and technological problems, by trial-and-error, and even by sheer serendipity—and not by the systematic application of theory. A common general pattern runs through these cases: laboratory tinkering ⮕ new experiment tools and designs ⮕ theory progress. I’ll argue for this pattern by way of some history of the development of a number of neurobiology’s most influential experiment tools: the metal microelectrode, the path clamp, gene targeting by homologous recombination, and optogenetics and DREADDs.

Resentment and Power: On the Social Dynamics of Blame

Our practices of moral accountability involve reactive attitudes in the general key of anger, such as resentment and indignation. I argue that these attitudes involve forms of social power, and I consider the implications of this fact for the understanding and assessment of reactive blame. There are characteristic pathologies of blame that are intelligible when we see it as the exercise of social power. But the connection to power also helps us to see why it is important that we have these reactions in our emotional repertoire.

R. JAY WALLACE teaches in the Philosophy Department at the University of California, Berkeley, where he holds the Judy Chandler Webb Distinguished Chair. He works in moral philosophy, and his interests extend to all parts of the subject (including its history), and to such allied areas as political philosophy, philosophy of law, and philosophy of action. His research has focused on responsibility, moral psychology, normative ethics, and the theory of practical reason. Recently he has written on promising, normativity, constructivism, resentment, hypocrisy, love, and regret and affirmation, among other topics. His newest book, The Moral Nexus, is a study of the relational structure of the moral domain. Other books include Responsibility and the Moral Sentiments, Normativity and the Will, and The View from Here: On Affirmation, Attachment, and the Limits of Regret. He has taught at Wesleyan University, the University of Pennsylvania, and the Humboldt-Universität zu Berlin.

Humans are creatures of the flesh. Everything we can experience, think, know, and do arises from our bodily engagement with our physical and social environments. Recent research coming from the cognitive sciences showing how mind, meaning, and thought are intrinsically embodied challenges our inherited view of a mind or soul capable of transcending our bodily nature. I explore the ways that images, schemas, emotions, and values play a crucial role in our ability to experience, make, and communicate meaning. This embodied cognition theory of mind gives us a rich way to account for how body-based meaning is developed, not just in language, but also in art, music, dance, architecture, gesture, and ritual. What we call “abstract” thought involves metaphorical understanding that recruits these embodied meaning processes for abstract conceptualization and reasoning.

MARK JOHNSON received his Ph.D from University of Chicago in 1977. He has taught at Berkeley, the Southern Illinois University at Carbondale and, since 1994, at the University of Oregon, where he was Philip H. Knight Professor of Liberal Arts & Sciences. His areas of research include metaphor theory, philosophy of language, philosophy and cognitive science, and American philosophy. Publications include Philosophy in the Flesh (1999); The Meaning of the Body (2007); Morality for Humans (2014); and Embodied Mind, Meaning, and Reason (2017).

Teleology and the Experience of History

History is the story of human progress. Or so many have thought. The teleological view of history reached the height of its influence in the work of Hegel, Marx, and early positivism, and then, after being attacked and rejected in many quarters, it seems to reappear in Husserl’s late work, in the 1930s, and surfaces once again in the 1990s in the work of Fukuyama. In spite of seemingly being refuted again and again by facts and arguments, this idea seems unwilling to relinquish its hold on us. Why is this so? That’s the question I want to consider in this paper. And in answer I want to suggest that something in the nature of our experience—our historical experience—inclines us toward this view. I begin by outlining the teleological view of history as it appeared in 19th and 20th century thought. The central section of the paper then develops what I mean by historical experience and how it relates to teleology. In the last section I want to suggest, by analogy with Kant, that the idea of historical progress constitutes something like a transcendental illusion we find it hard to overcome.

DAVID CARR received his Ph.D from Yale University in 1966. He has taught at Yale, the University of Ottawa (Canada) and, since 1991, at Emory University (Atlanta), where he was department chair and is now Charles Howard Candler Professor Emeritus. His areas of research are 20th century phenomenology, especially Husserl; theory of historical narrative; and philosophy of history. Publications include Phenomenology and the Problem of History (1974, reissued in 2009); Time, Narrative and History (1986); Interpreting Husserl (1987); and The Paradox of Subjectivity (1999).

Professor of Philosophy, University of Oregon 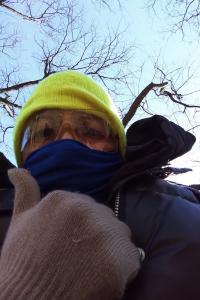 Changes in the Categories of Race, Class, and Gender:
How Life has Outpaced Theory

Recent events have culminated in fundamental changes in the nature of our progressive categories of race, class, gender, disaster, as well as disability, and democratic process. In this talk, I focus on changes in race and class with a concluding look at changes in feminism through the #MeToo movement: race or racism now exceed intersection theory because race is more like a junction that unpredictably takes off on a track of its own; for the electorate, class has become more a matter of culture and racial identity than economic interest; feminism now includes some of the most elite and powerful members of its foundational group, namely women.

Husserl In A New Generation Conference

Edmund Husserl (1859-1938), the founder of phenomenology, was one of the most influential philosophers of the 20th century, one whose influence can be seen in almost every area of philosophical research. In recent decades, central aspects of Husserlian phenomenology have played an important role in the evolution of fields as diverse as sociology, education, cognitive science, and architecture. The aim of this conference is to revisit Husserl’s important contributions, highlighting their relevance to the questions that philosophy faces today.

Husserl In A New Generation Conference 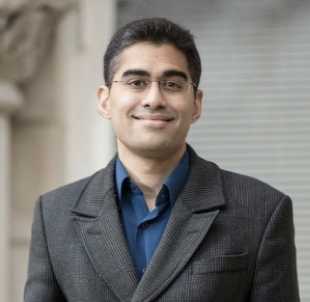 Nietzsche and Hume both regard desire as driving all human action and practical reasoning. This shared view gave them an appreciation of the continuity between human and animal motivation, and set them against a long tradition of rationalist rivals including Kant and Plato. Kantians like Christine Korsgaard argue that how we reflectively endorse or reject options presented by desire demonstrates reason's ability to independently drive reasoning and action. In Daybreak 109, Nietzsche provides a simpler Humean explanation: reflective endorsement and rejection involve reflecting on one desire from the viewpoint of another.

Sellars In A New Generation Conference

The work of Wilfrid Sellars has touched nearly every area of philosophy, from traditional debates in metaphysics, epistemology, and ethics, to contemporary issues in philosophy of language and mind. The aim of this conference is to revisit Sellars’ important contributions, highlighting their relevance to the questions that philosophy faces today.

Sellars In A New Generation Conference