The President's Faculty Excellence Award was created to recognize exceptional performance by a faculty member that leads to the achievement of national or international recognition.

National or international recognition may be demonstrated in research, teaching and/or service. Tenured and tenure-track faculty members in all disciplines and from all campuses were eligible based on recommendations to department chairs and deans.

View Office of the President 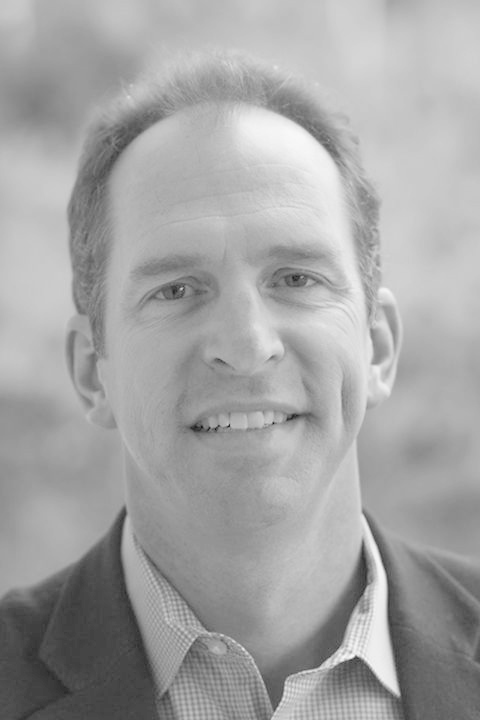 In the field of living architecture, the study and practice of integrating living systems into buildings to make cities more livable, Coffman is an international leader in green roofs. He is an influential scholar in that area and highly cited for his research published in leading journals.

He was awarded a Research of Excellence Award for his contributions to green roof research and an Excellence of Built Work Award in the professional category of built projects in North America.

Coffman was elected as vice chair of the North American Research Committee for Green Roofs and Walls and was appointed as the North American Research chair for Green Roofs for Healthy Cities. As part of an Academic Centers initiative, Coffman led in the creation of the Greater Ohio Living Architecture Center, a consortium that through teaching and research gives students professional experience while also helping cities become more sustainable. As executive director, he leads the steering committee toward educational exchange, programming and membership. As editor-in-charge of the Journal of Living Architecture, he led a successful scholastic overhaul in 2015. 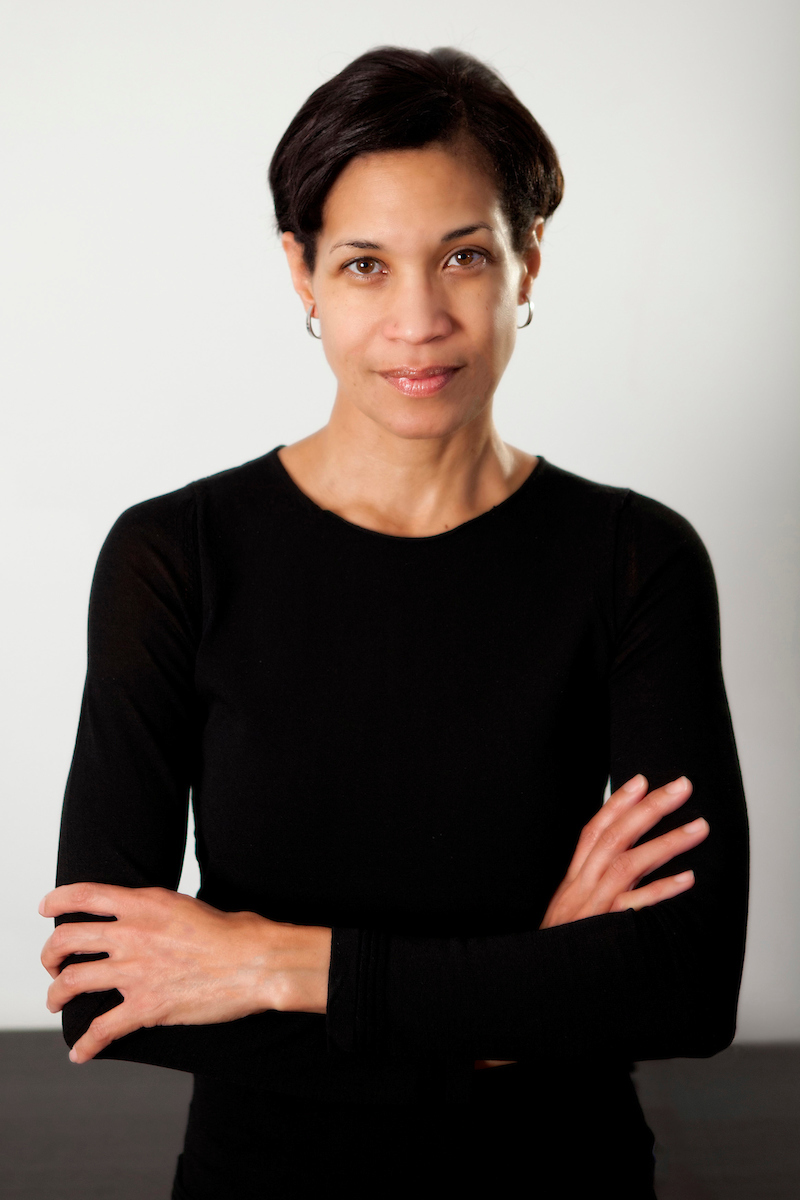 Diane Davis-Sikora is an associate professor in the College of Architecture and Environmental Design. She is a licensed architect whose research focuses on temporary, kinetic structures that employ variable patterns and surfaces. Since joining Kent State University, she has distinguished herself through excellence in the classroom, college and university leadership roles, cross-disciplinary research, creative practice and public service to the arts.

Excellent teaching, leadership in the college as a year-level studio coordinator and consummate championing of others are hallmarks of her role at Kent State. Effective leadership, innovative research, and university and public service contributions complement the advances and contributions she has made to the discipline, most notably through cross-disciplinary engagement that has garnered national and international acclaim.

In 2011, Davis-Sikora was awarded the Stewardson Keefe LeBrun Travel Grant from the Center for Architecture Foundation in New York to research pneumatic architecture. She was a featured speaker at the 2014 Textile Society of America Conference at the Los Angeles County Museum of Art.

Davis-Sikora has served on numerous boards and committees for arts organizations in Northeast Ohio and currently sits on the board of the Akron Art Museum and FRONT International: Cleveland Triennial for Contemporary Art. She has served as the co-director of Kent State University’s Environmental Science and Design Research Institute (ESDRI) since its establishment as an initiative in 2017. Davis-Sikora’s leadership has been key to elevating ESDRI from an initiative to an institute that bridges disciplines and has built a global network of thought leaders – bringing Kent State distinction for innovative cross-disciplinary engagement. 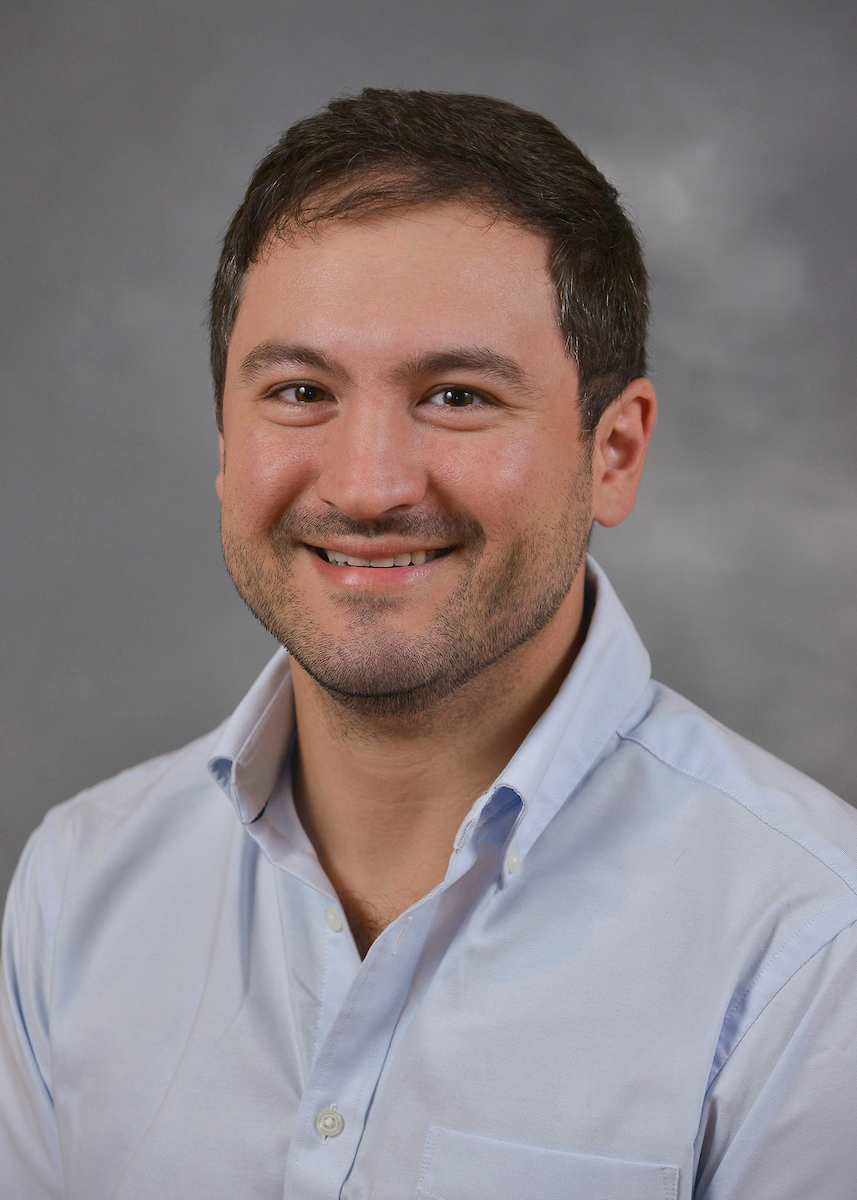 Metin Eren, Ph.D., is an associate professor and director of archaeology in the Department of Anthropology. In his relatively short time with Kent State, Eren’s accomplishments have been astounding. Since he joined the university in 2016, he has published, on average, 14 papers a year. He has an H-index of 36 (at least 36 papers with 36 citations). Such a number is typical of scholars at the end, not the beginning, of their careers. Eren is hailed as a national leader in experimental archaeology and is among Stanford’s top 2% of most-cited scientists in his discipline. Almost every one of his 79 papers published while at Kent State includes students as co-authors and demonstrates his incredible dedication to mentorship of students.

His work has generated positive media attention and has been featured on The History Channel, The Discovery Channel, PBS NewsHour, NPR and Discover Magazine. He is also much sought after as a public speaker, giving more than six public lectures a year. Many of these are lectures in the communities he has worked in and in various historical societies. Eren received tenure beginning in fall 2021. 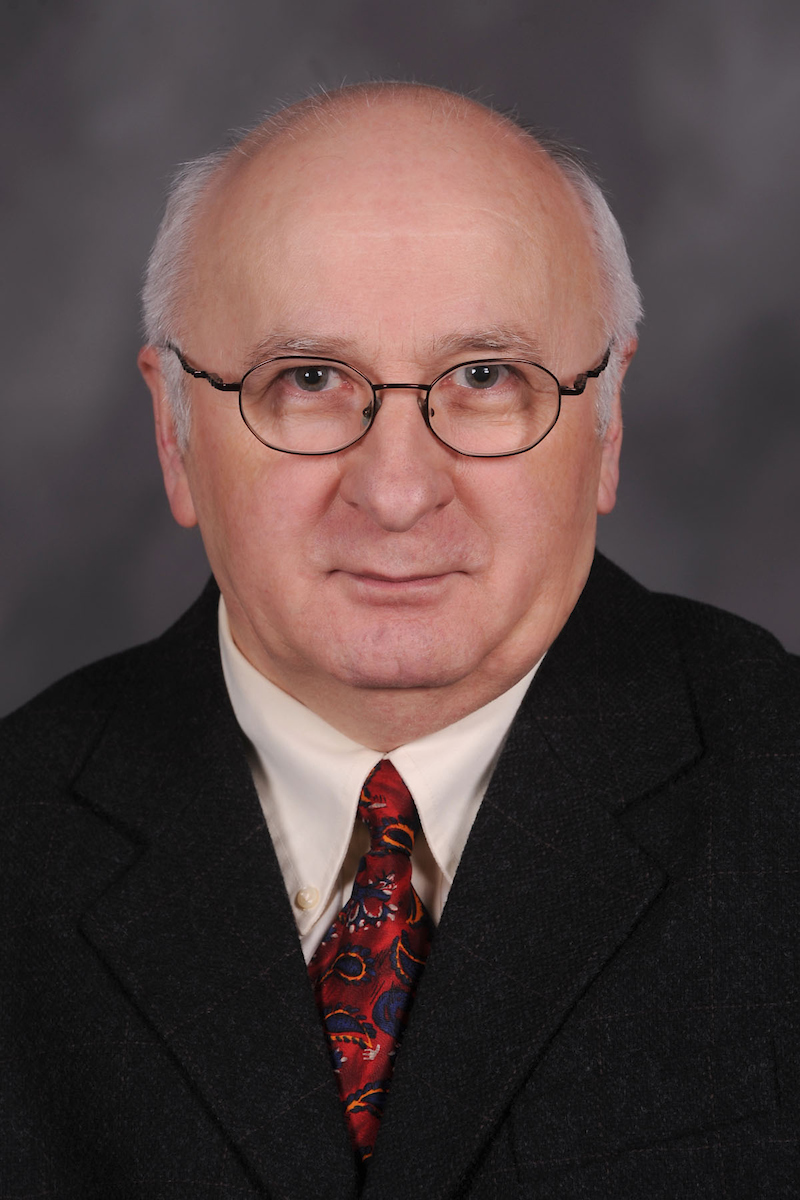 Mietek Jaroniec, Ph.D., is a professor in the Department of Chemistry and Biochemistry, joining Kent State in 1991.  His expertise and research are focused on adsorption, interfacial chemistry and chemistry of materials with ordered and disordered nanoporosity. He has been author or co-author on over 1,200 refereed publications, exceeding 111,000 citations in his lifetime.

Since 2016, when Jaroniec received his first President’s Faculty Excellence Award, he has published nearly 150 peer-refereed papers. This is an average of over 21 papers per year. In each year from 2017 to 2021, Jaroniec was listed among the most-highly cited researchers (top 1%) in two disciplines: chemistry and materials science. In 2019 he was recognized in the top 2% cited scientists in the world based on a study published by Stanford University scholars. More than half of his lifetime citations have occurred since 2016. All of his citations are reflected in his stunning H-index of 143. That is, he has at least 143 papers that have at least 143 citations, which is extraordinarily high.

In 2018 he received an honorary doctorate (doctor honoris causa) from Poznan University of Technology (Poland) and in 2019 he received the Darsh Wasan Journal of Colloid and Interface Science Award for outstanding contributions within surface and colloid chemistry. 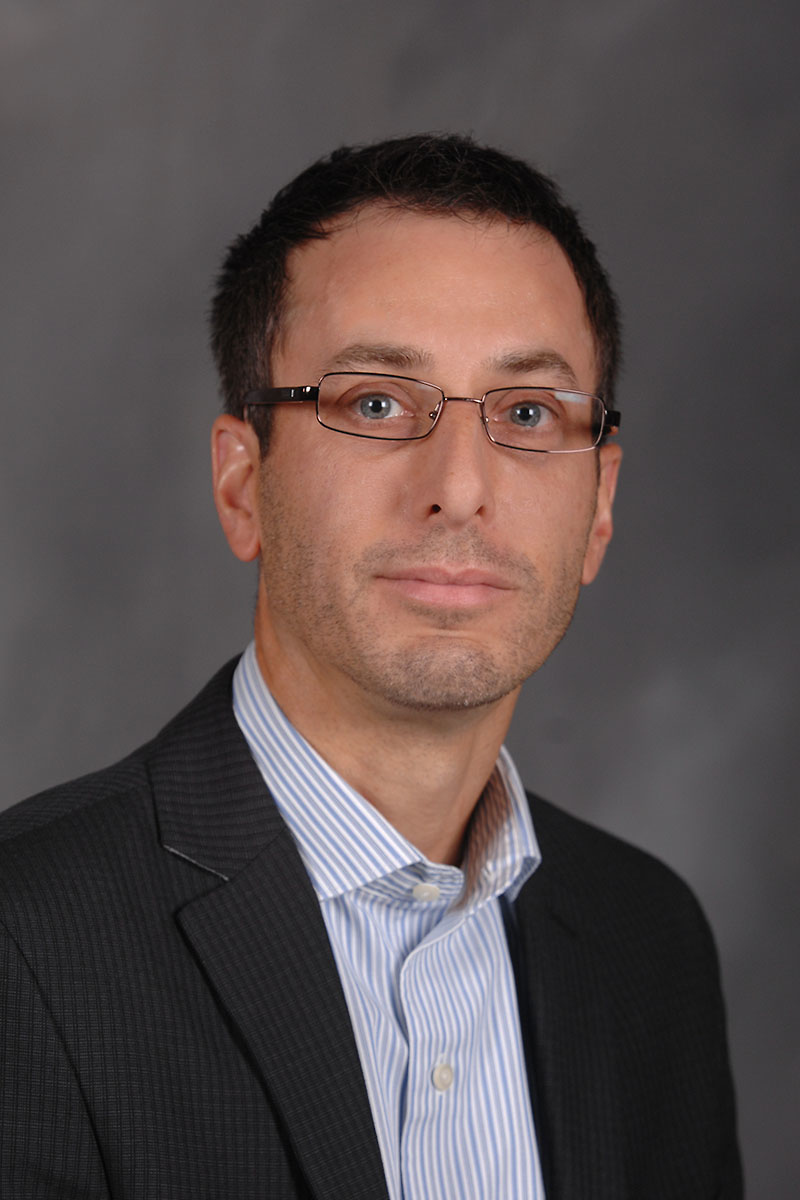 Deric Kenne, Ph.D., is an associate professor in health policy and management in the College of Public Health. He has developed a strong research and service program with over $7.5 million in funding (over 50 grants) with a focus on mental health and substance abuse prevention and treatment.

He was among the first to publish research on the impact of COVID-19 on students’ mental health and substance use. His mental health awareness training (continuing education) has been provided to more than 5,000 Kent State faculty, staff and students. Kenne is an outstanding faculty member who conducts and publishes research that has an impact on the services provided on our campus and on campuses around the United States. We cannot underestimate the importance of Kenne’s work in addressing the mental health needs of faculty, staff and students during the COVID-19 pandemic as we look to the future.

Kenne was among the earliest to publish research on the use of substances other than nicotine in electronic cigarettes and his research on e-cigarette use and policy has been cited in the Christian Science Monitor. He also has been cited as a subject matter expert on strategies the U.S. government might use to identify and prevent mental health crises among U.S. employees and families living abroad. 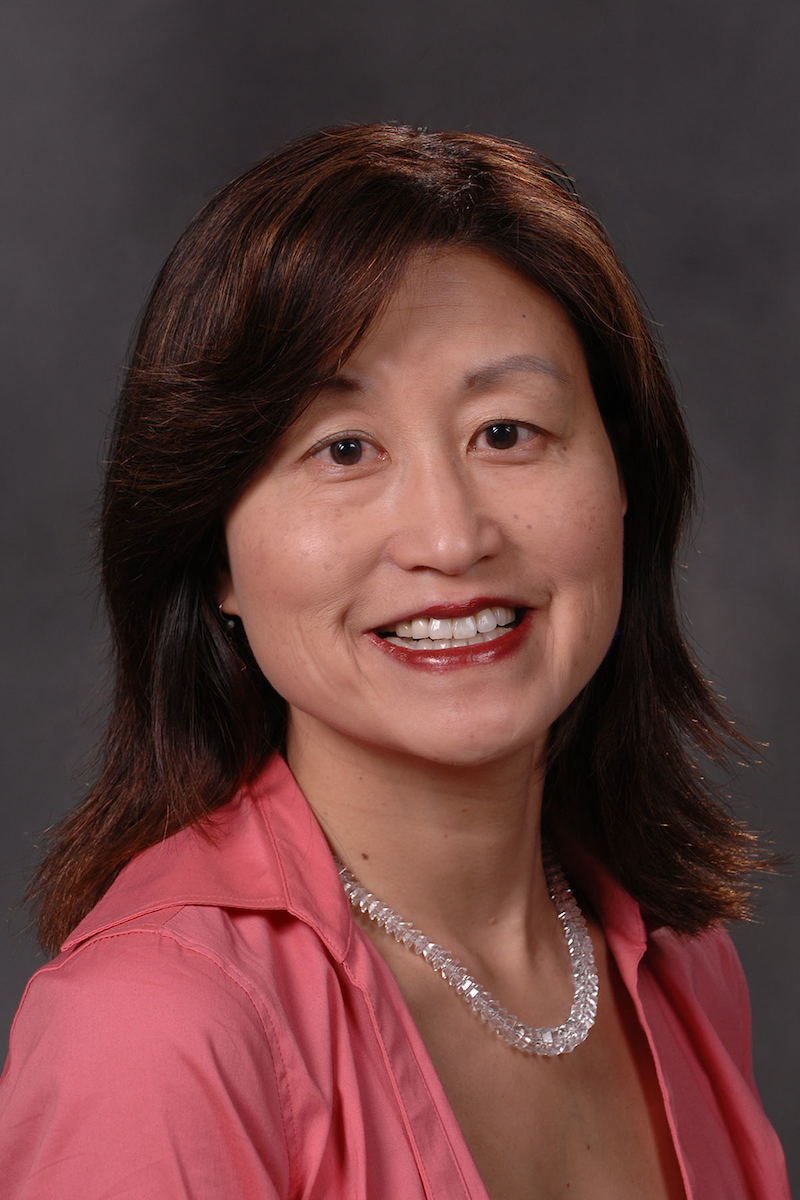 Her level of productivity as a scholar and teacher is astounding, and her service contributions—both professionally and within the university—are almost unparalleled. Kurahashi is an exemplary faculty member whose work has brought tremendous national and international recognition to Kent State and the School of Theatre and Dance.

Eric van Baars, director of the School of Theatre and Dance, said, “Dr. Yuko Kurahashi has cultivated a career of sustained recognition while at Kent State. Her strong publication record includes feature articles in American Theatre, theatre textbooks and a research volume about performance artist Ping Chong. Yuko has a significant record of national funding for the arts, which brings prestige to the school. Yuko is recognized as a passionate researcher. Her service record as a Board of Trustees AAUP Ohio Member and her advocacy for international cross-cultural work and multicultural theatre further support her nomination.” 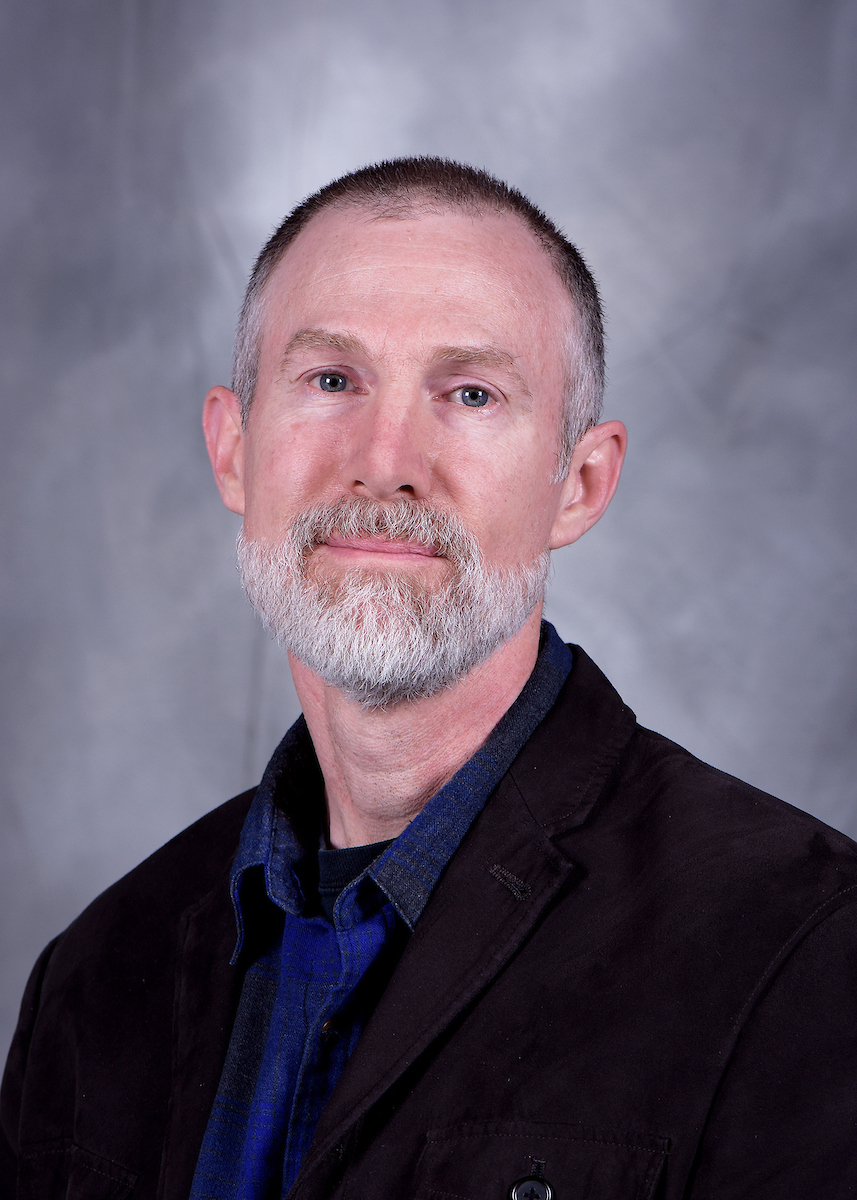 Andrew Lepp, Ph.D., is a professor in Recreation, Park and Tourism Management in the School of Foundations, Leadership and Administration. His teaching achievements are exceptional, and his students view him as a mentor. In many cases, he guides them as they navigate through their careers. He is an active member of committees at the school, college and university levels and he provides valuable services to the academic community through a number of editorial board positions.

A productive researcher from both quality and quantity measures, Lepp was recently named in the top 2% of scientists in the world in his field of study in a study published by Stanford University scholars, based on his long-term contribution to academia.

In the new reality, during and after COVID-19, Lepp’s research will be valuable for researchers, managers, decision makers and consumers. His seminal work on travelers’ risk reduction strategies have had a notable influence on research and practice in tourism management. Another area of Lepp’s research, focusing on people’s reliance on technology and its impact on life routines, is destined to assist us with predicting human performance.

Lepp’s achievements are remarkable, and he has established a reputation as a productive researcher. He is a leader in his academic community, and his work has helped enhance  Kent State’s reputation for having high levels of meaningful research activity.

Angela Neal-Barnett, Ph.D., is a professor in the Department of Psychological Sciences. Joining Kent State in 1989, she is considered a pioneer in the field of anxiety disorders among Black Americans. Her research focuses on developing innovative interventions on anxiety disorders among Black Americans, often from a community-based participatory research perspective.

Top 100 law firms and Fortune 500 companies have implemented strategies developed through her research. The Association of Law Diversity Professionals, representing Wall Street law firms, sought her expertise in light of the 2020 civil unrest following the murder of George Floyd, and her article on how organizations can support the mental health of their Black employees has been used nationally by corporations and companies such as Kenneth Cole and Boeing. She has contributed to a three-part series on “Being Black in the Workplace” for the Harvard Business Review and has been interviewed on CNN and NPR about her research.

Neal-Barnett’s work has been recognized through the prestigious Anxiety and Depression Association of America’s Jerilyn Ross Clinician Advocate Award, and she was also elected as a fellow of the American Psychological Association.

Neal-Barnett has secured over $1.5 million in federal, state and foundation funding for her research. She has said all of her work “focuses on ensuring that Black Americans understand what anxiety is, how it is manifested, and no matter what, that they can reclaim their lives.” 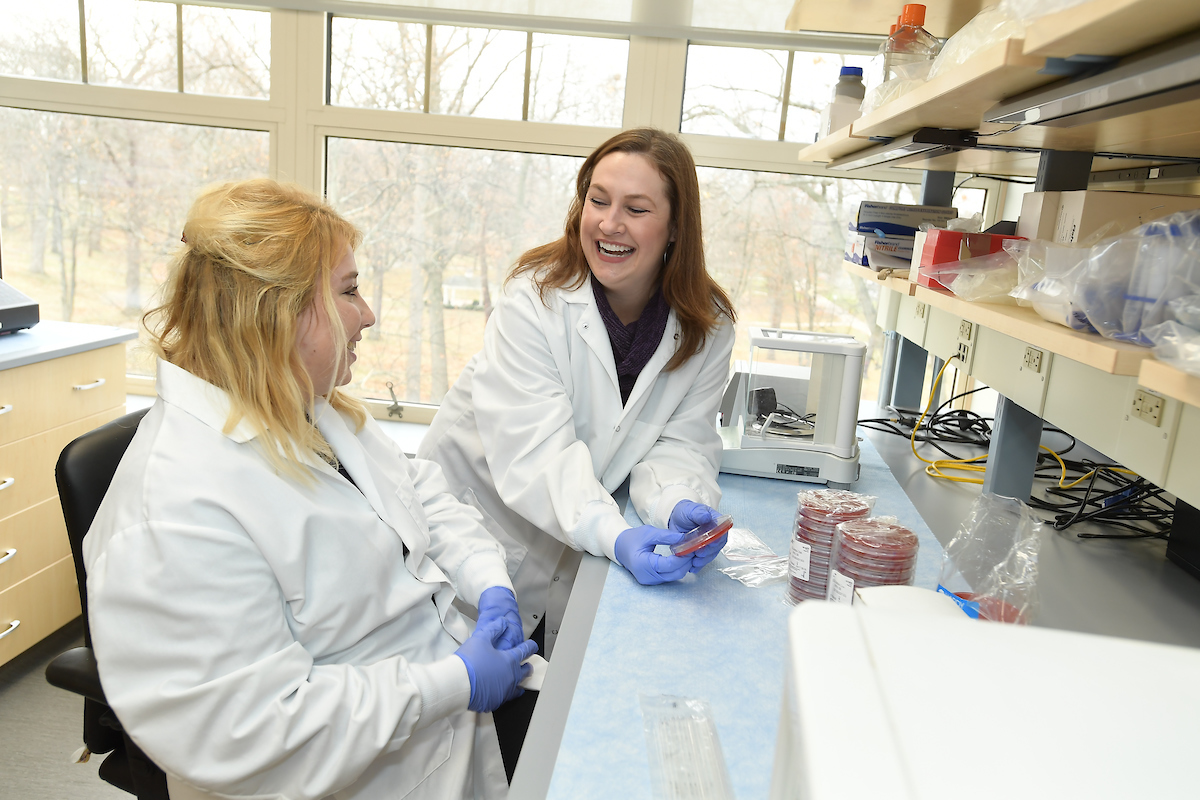 Tara Smith, Ph.D., is a professor in the College of Public Health. She has a long list of accomplishments as a distinguished lecturer and as the author of an outstanding number of academic publications, as well as 35 popular press publications on COVID-19. Since the beginning of the COVID-19 pandemic, her work has primarily shifted from academic publications to pandemic response and communication. Smith has been invaluable in helping the university and other organizations (including churches and other community groups) understand scientific developments around COVID-19 and respond appropriately.

She has served as an expert source for hundreds of interviews over the last two years, in numerous print, radio and television outlets, including NPR, CNN, MSNBC, The Washington Post, The New York Times and The Atlantic. Smith also regularly shares articles and scientific discussion with more than 132,000 followers on social media.

In 2021, Smith was recognized among the world’s top 2% of scientists, based on citation metrics, and received the Kent State Outstanding Research and Scholarship Award.

Since arriving at Kent State in 2013, she has published 65 peer-reviewed papers, a rate of eight per year, with 106 total career peer-reviewed academic manuscripts and book chapters. She co-edited an award-winning 2017 book, “Ebola’s Message: Public Health and Medicine in the 21st Century,” and served as an American Society for Microbiology Distinguished Lecturer from 2015-2017.