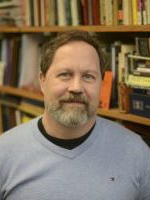 Brian James Baer, a professor of Russian translation in the Department of Modern and Classical Language Studies, is the 2014 winner of the prestigious European Society for Translation Studies (EST) Translation Prize. In 2015, he was a finalist for the American Association of Teachers of Slavic and East European Languages (AATSEEL) Prize for Best Scholarly Translation. Baer received nearly $5 million in external funding from 2010 to 2017. He is founding editor of the journal “Translation and Interpreting Studies.” He has written two books, including “Other Russias,” which received the 2011 American Library Association Choice Award. His 2013 translation of Jurij Lotman’s The Unpredictable Workings of Culture was a finalist for the AATSEEL Prize for Best Scholarly Translation. In addition, Baer has published a monograph and authored or co-authored 15 articles and book chapters since 2012. 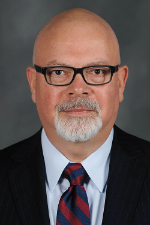 Yossef Ben-Porath, professor of psychological sciences, is board certified by American Board of Clinical Psychology. He is a fellow with the American Academy of Clinical Psychology. Ben-Porath has been awarded more than $2 million in external funding since he began at Kent State University. In 2015, he was honored by the American Psychological Association (APA) for Outstanding Scientific Research in Police and Public Safety Psychology. He serves as editor-in-chief of Psychological Assessment, a journal of the APA. He also is author or co-author of 170 journal articles, six research monographs and seven books.

Department of Management and Information Systems 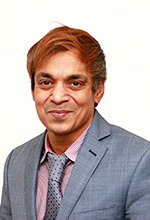 Pratim Datta is an associate professor of information systems and supply chains in the Department of Management and Information Systems and the Ph.D. director in the College of Business Administration at the Kent Campus. He also serves as a senior research associate at the University of Johannesburg, South Africa. He specializes in technology management, supply chain security and corporate strategy. Datta is ranked among the top 60 information systems researchers, a distinction that is based on scholarly publishing in the top six journals in the field. He has published more than 35 journal articles and more than 25 conference proceedings and is the recipient of two best-paper awards at international conferences. Datta’s previous career in private industry has included work with SAP Consulting, IBM Global Business Services, Price Waterhouse Coopers and Barclay Bank. 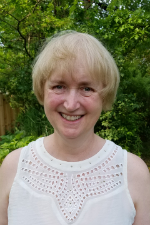 Susanna Fein, a professor of English in the College of Arts and Sciences, has received more than $700,000 in funding from the National Endowment for the Humanities (NEH). Her research focuses on the literatures, languages and manuscripts of medieval England. She has directed six NEH Summer Seminars for High School and College Teachers on Chaucer, and she is the editor of The Chaucer Review: A Journal of Medieval Studies and Literary Criticism. Fein is the author or editor of 12 books and also has published more than fifty chapters and scholarly articles. She was appointed Bloomfield Fellow at Harvard University in 2010 and visiting professor at the University of Notre Dame in 2014. 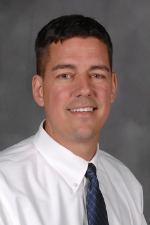 Richard Ferdig is the Summit Professor of Learning Technologies at the Research Center for Educational Technology. He has authored more than 60 peer-reviewed journal articles, 13 edited books, 29 book chapters and 128 other publications. He has received multiple awards and fellowships, including the Kent State Outstanding Research and Scholarship Award, a SITE Best Research Paper award and an IEEE honorable mention paper award. He was a finalist for the 2015 English Language Teaching Innovation (ELTon) Award from the British Council. Between 2008 and 2017, he served as principal investigator or collaborator on more than $4.1 million in external funding related to technology for teaching and learning in both formal and informal settings. Ferdig is the current editor of the Journal of Technology and Teacher Education. 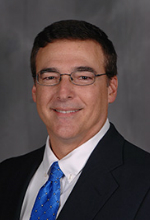 David Hacker, associate professor of geology at Kent State University at Trumbull, is director of the Kent State University Geology Summer Field Camp, an experiential capstone learning field course taught in South Dakota, Wyoming and Idaho. In 2016, he won the Charles J. Mankin Award from the Association of American State Geologists for best geologic map publication of the year. His journal article on volcanic mega-landslides published in Geology, the number-one international geoscience journal, described the discovery of a new class of potential hazards within volcanic fields and drew media coverage worldwide. He is co-author of "Earth's Natural Hazards: Understanding Natural Disasters and Catastrophes," a standard textbook in the field. He has directed nearly 40 undergraduate senior research and honors projects, many funded by the U.S. Forest Service, National Park Service and Ohio Geological Survey. Hacker received the Kent State University Distinguished Teaching Award in 2015 and also won Ohio Magazine's 2016 Excellence in Education Award. 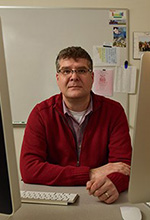 Torsten Hegmann is a chemical physics professor in Kent State University’s Liquid Crystal Institute in the College of Arts and Sciences. In 2016, he was elected Fellow of the Royal Society of Chemistry, one of the top publishing societies in chemistry worldwide. Hegmann, Ohio Research Scholar in Science and Technology of Advanced Nanomaterials, also is the 2016 winner of the Merck Displaying the Future Award. He is the recipient of $4.3 million in external funding (the National Science Foundation, LG Displays and NASA among others) since 2011. He has received $10 million in external funding throughout his independent career. Hegmann is author of close to 90 peer-reviewed journal articles, his work was featured 16 times on journal covers and he holds multiple patents in liquid crystal and nanomaterial technologies. 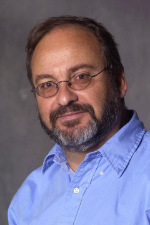 Spyridon (Spiros) Margetis, professor of physics on the Kent Campus, is the recipient of more than $6 million in funding from the Department of Energy while at Kent State. His leadership role in deploying a novel device to detect and measure nuclear particles is at the center of a recent $20 million investment by the Department of Energy. Margetis also is the author of more than 200 refereed papers with 30,000 citations. 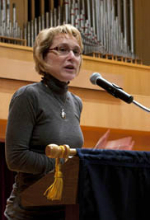 Carrie Schweitzer, professor of geology at the Kent State University at Stark, is a research associate in crustaceans at the Smithsonian Museum of Natural History and the Carnegie Museum of Natural History. She is author or co-author of 155 scholarly articles, and her 2009 publication earned a Highly Cited Paper Award from the Web of Science. Schweitzer has received grants from the National Geographic Society, the National Science Foundation and the Smithsonian. She has been co-principal investigator on a prestigious NSF Assembling the Tree of Life (AToL) grant for decapod crustaceans with an international team of biologists and paleontologists. In 2016, she was named Fellow of the Geological Society of America. She is a several-time finalist for the Kent State University Distinguished Teaching Award. 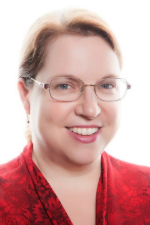 Robin Selinger, professor of chemical physics pursues research in soft matter theory and statistical physics. She has received $4.8 million in external funding since she joined Kent State University’s Liquid Crystal Institute in 2005. That figure includes $1.4 million in current funding from the National Science Foundation. In 2016, Selinger was named Fellow of the American Physical Society. Her outreach and service endeavors include organizing internships for high school students dual-enrolled at Kent State and hosting an annual science fair for students in grades 4-12. She also serves as faculty adviser for Kent State's undergraduate and graduate chapters of Scientista, a student organization that promotes success for women in science.

School of Theatre and Dance 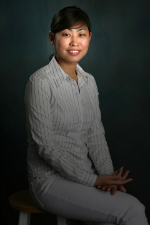 Jakyung Seo is an associate professor of lighting design in Kent State University’s School of Theatre and Dance. She is resident lighting designer and coordinator of the Kent State MFA, BFA and BA design technology program. Seo is founder and coordinator of the Porthouse Theatre International Academy. She has served as lighting designer for professional productions in New York City, Paris, Seoul, Romania, Japan and Scotland. She also served as a programmer for Busan International Performing Arts Festival (BIFAF) in Busan, Korea. Since 2014, her students have won three first-place awards and three third-place awards at national lighting design competitions. 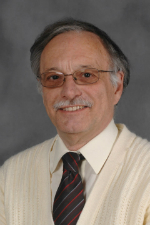 Gregory Smith, professor of human development and family studies, has received more than $4 million in external research funding from the National Institutes of Health (NIH). His research focuses on stress and coping in aging families, with an emphasis on psychoeducational interventions for family caregivers and their care recipients. His most recent grant application, "Social Intelligence Training for Custodial Grandmothers and Their Adolescent Grandchildren" ($3,626,350 requested), was scored at the 2017 payline for funding at the National Institute of Aging. Smith is a Fellow of both the Gerontological Society of America and the American Psychological Association. He is a Standing Member of the Community Level Health Promotion Study Section at NIH and serves on the editorial boards of three major journals in his field. In 2006, he was named Outstanding Researcher of the Year by the Ohio Association of Gerontology and Education. 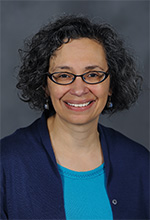 Elizabeth Smith-Pryor is an associate professor in the Department of History, who specializes in African American history. In 2016, she won the Ford Foundation Senior Fellowship, including an $80,000 stipend, for her ongoing research on the history of the Cleveland Urban League's efforts in the 1960s and 1970s to redefine equality in an era of racialized inequality. She was one of only two scholars in the United States to win that year’s competition, which is conducted by the National Academies of Science, Engineering and Medicine. Smith-Pryor was a previous recipient of a Ford Foundation Fellowship in 1997. She also received the Residency Research Fellowship at the Eisenberg Institute for Historical Studies, University of Michigan. Smith-Pryor has presented her research on African American history at numerous conferences. She is the author of “Property Rites: the Rhinelander Trial, Passing and the Protection of Whiteness.” She served for seven years as her department's undergraduate program coordinator. A graduate of Stanford Law School, Smith-Pryor engaged in a career as a lawyer before returning to earn a Ph.D. in history from Rutgers University.