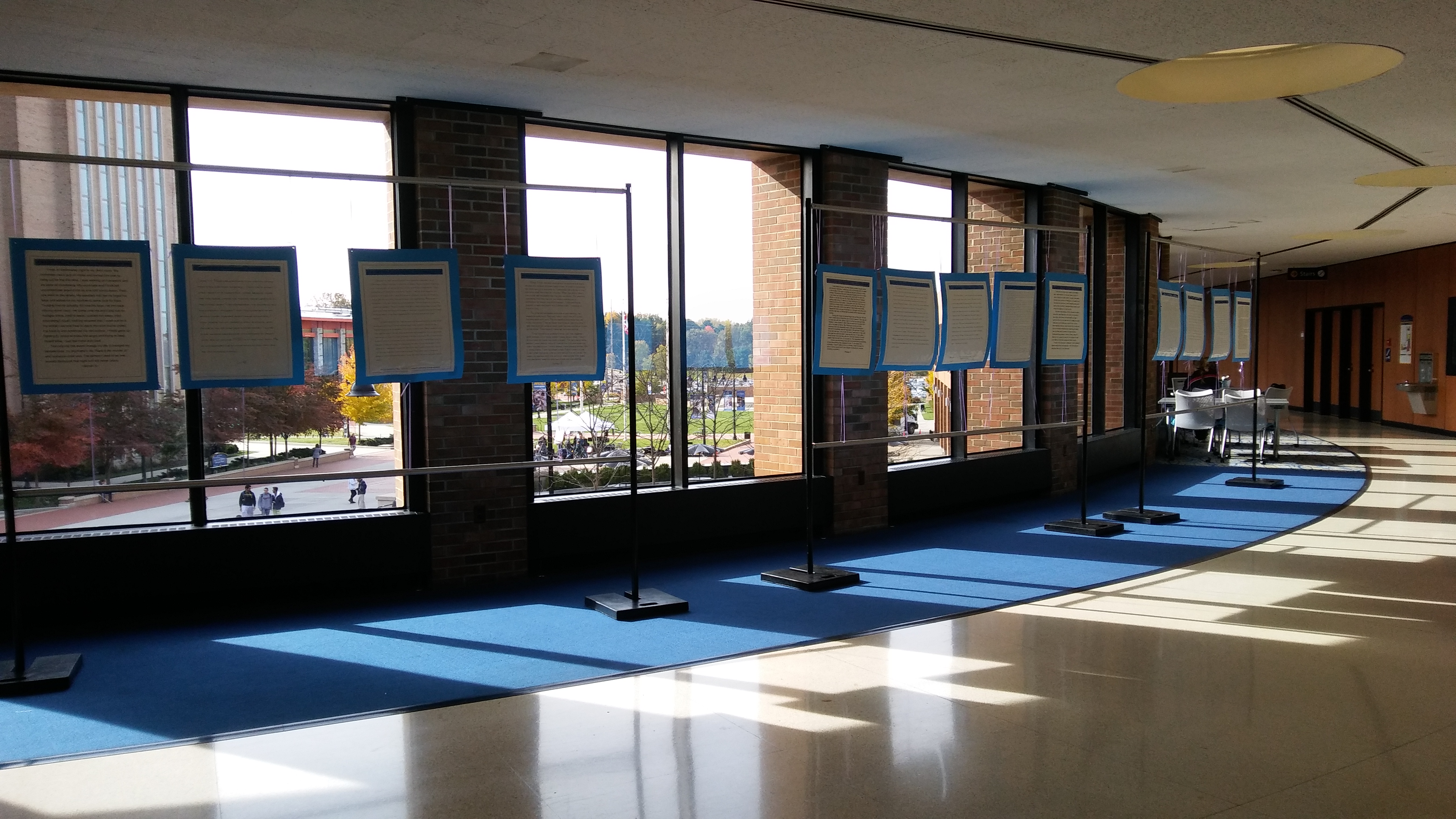 Throughout the first part of the semester, the Consent Campaign collected stories from Kent State students who were survivors of sexual assault. These stories were kept to a maximum of 500 words. The writers were given the options to remain anonymous or to disclose their identities, and whether to have the stories read verbally or displayed visually. Thirteen stories were collected and printed on posters which were displayed on the second floor of the student center and again on the first floor.

Each poster read, “It wasn’t sex, it was assault” along the top.  The stories in which the victim had not said “no” were captioned “There wasn’t a 'No,' but there wasn’t consent; it was assault.” Many of the stories highlighted the commonality of victim blaming, power imbalances, lack of communication, being unable to report and a sense of entitlement to someone else’s body. All  stories contained the common theme of silence. The Consent Campaign hoped that these stories would impress upon their readers and listeners the importance of consent, and what happens when it is missing. 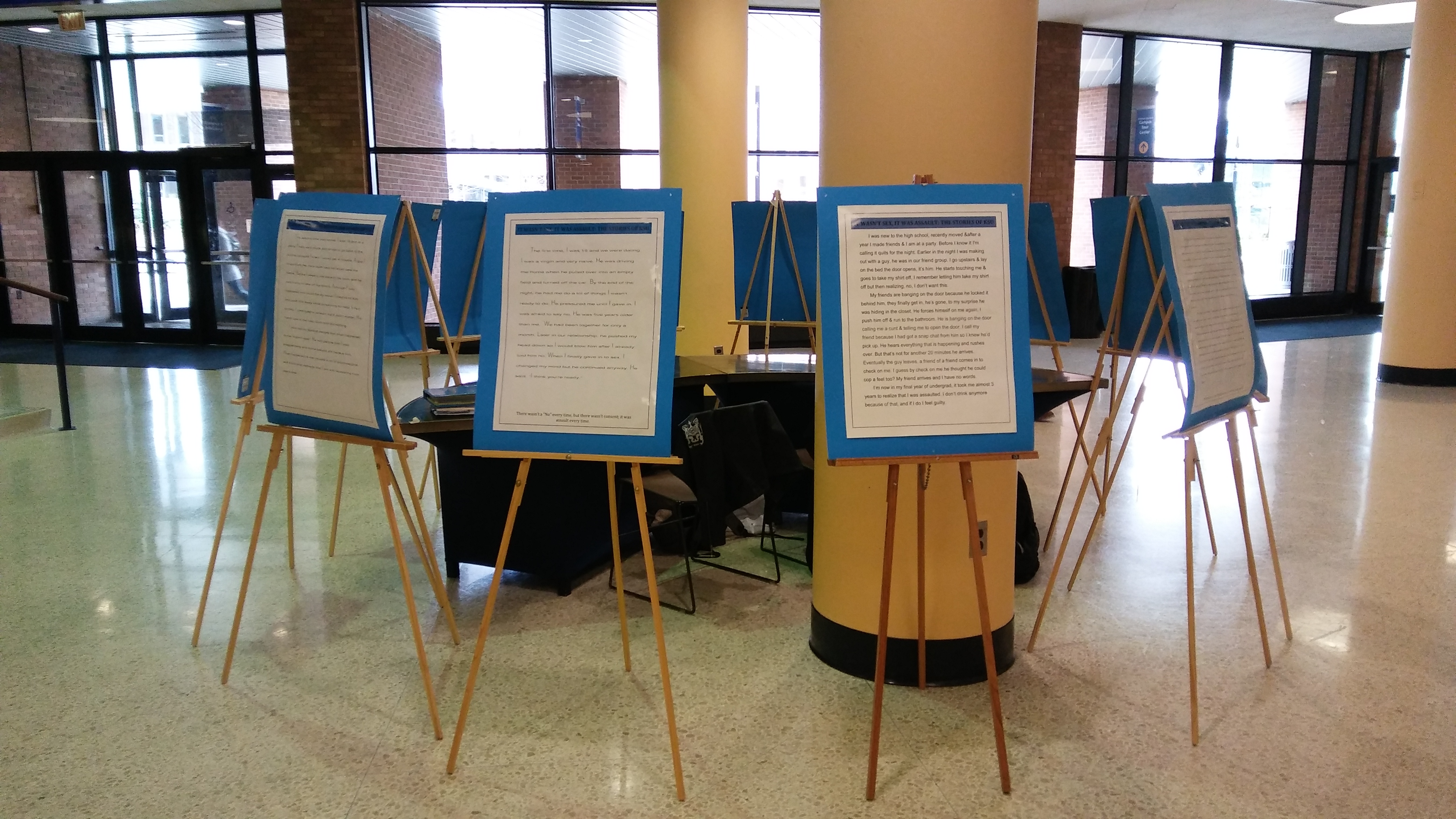 During the first display, members of the Consent Campaign read aloud the stories which were meant to be presented verbally every hour. One of the students who submitted a story came to read her own. With tremendous bravery, she recited her experience on camera, surrounded by her sorority sisters who had come to support her. Others who submitted stories also came to see theirs on display.

When the display was moved to the first floor, more students stopped to read. Some stayed to read each of them, others only a few. Some of the students cried together as they read. Other students stopped to talk to members of the campaign about the stories and about the message being sent. Everyone was encouraged by how a few people’s vulnerability and willingness to speak about some of the most traumatic experiences of their lives opened both the hearts and minds of those who were willing to listen.

To those who submitted stories, thank you for your bravery, your vulnerability, and your resolve to make sure that others do not go through the same experience. You are making a difference on this campus by breaking the silence.

Return to The Consent Campaign