Kent State University has established an Office of Federal Relations located on Capitol Hill in Washington, D.C., becoming one of more than 30 universities with a government relations office in the nation’s capital. 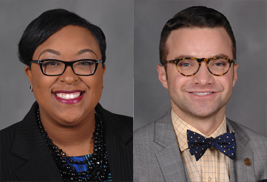 Kent State University has established an Office of Federal Relations located on Capitol Hill in Washington, D.C., becoming one of more than 30 universities with a government relations office in the nation’s capital. The office, which opened on March 1, is headed by Crystal Davis who serves as federal relations director. Davis previously served in Kent State’s Office of State Relations, representing the university in Columbus, Ohio.

“It's definitely an honor and a privilege to be working for my alma mater,” Davis says. “Having worked in Kent State’s Office of State Relations for the past five years, I am excited about the opportunity to build upon my relationships and legislative experience here in our nation's capital.”

Davis, a Kent State political science alumna, assists the university to develop strategies that strengthen legislative and community support to influence the budgetary climate for higher education. She also serves as the conduit for information between Kent State and the federal government. Davis has worked previously for the Ohio House of Representatives, as well as the Ohio Legislative Black Caucus. She also has served as the legislative liaison at the Ohio Department of Natural Resources.

Davis says the office in Washington, D.C., will help to support Kent State by establishing and maintaining valuable relationships with federal government and public agencies.

Davis says Kent State alumni in the Washington, D.C., area are excited that the university has a physical presence on Capitol Hill.

“We have had some Kent State alumni visit, including students in Kent State’s Washington Program in National Issues,” Davis says. “They are excited about Kent State having a presence on the Hill.”

Evan Gildenblatt, special assistant for federal relations and recent Kent State graduate, supports Davis in carrying out the objectives of the Office of Federal Relations. The skills that he acquired as a student in Kent State’s Center for Applied Conflict Management are helping him perform in his current role.

“Having a background as an active student leader and recent Kent State graduate, I think I'm able to best promote our areas of excellence and be an accessible resource for elected officials and government agencies in Washington, D.C.,” he says. “It's a real privilege to be here representing the university. The relationship-building and policy-analysis skills that I developed at Kent State have proven to be absolutely invaluable in this job.”

Kent State continues to advocate with state officials and agencies in Columbus through its Office of State Relations. 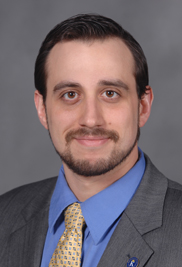 Brady Oxender, senior legislative officer for Kent State’s Office of State Relations, represents Kent State to the state of Ohio in Columbus. Oxender helps to advance, foster and maintain a positive relationship with state government elected and administrative officials. He also collaborates with the Inter-University Council and legislative representatives from all of Ohio’s state universities in representing the interests of higher education with the legislature and the Office of the Governor. He has a bachelor’s degree from Ohio University and enjoys his work with Kent State.

“I love working for Kent State,” Oxender says. “I am very proud of Kent State, and my job is made even more enjoyable by the fact that Kent State has a positive reputation in Columbus. I work daily to make even more people in Columbus aware of the great things going on at the university.”