Chemical Physics Interdisciplinary Program Alumni, Chenghui Peng (Advisor, Oleg Lavrentovich) was one of the top ten recipients of "The 2017 Chinese Government Award for Outstanding Self-financed Students Abroad". The award ceremony given by the Education Office of the Chinese Embassy took place at the Chinese Consulate in New York City on Saturday, April 28, 2018.

The recipients worldwide were chosen for their outstanding accomplishments in any discipline. This award is considered as the highest award given by the Chinese government to the graduate students that study outside of China and that do not receive any financial support from the Chinese government. The number of students leaving China to study abroad is more than a half a million each year, making this prestigious award highly competitive. After the final review by domestic experts and reported to the Ministry of Education for approval in 2017, the National Excellent Self-financed International Student Scholarship identified a total of 500 winners, including 10 special awards. The Special Excellence Awards were awarded $10,000 each and the remaining winners were awarded $6,000.

Chenhui was honored to received the award and commended his country for their encouragement and support of overseas students and talents. Oleg Lavrentovich attended the ceremony with Chenhui and gave a talk. He found it remarkable that the Chinese government supports young students and shows them how important their aspirations to continue science research and development is. 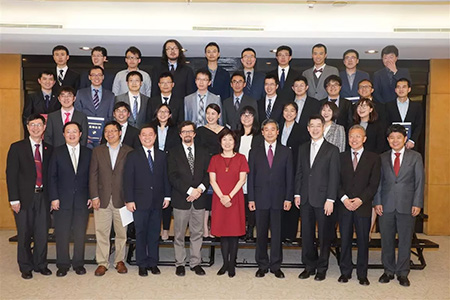 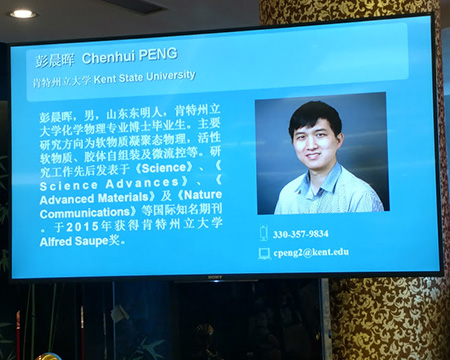 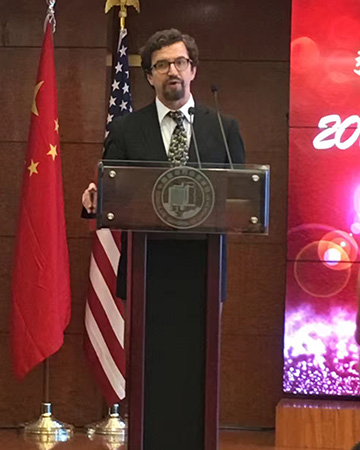