It is with deep sadness that we share the news that one of the great figures in our field, Maurice Kleman, recently passed away. His work on defects in various branches of materials science, liquid crystals, quasicrystals, magnetic systems among others, have shaped many discoveries. The following obituary was written by Dr.Oleg Lavrentovich, who among us, knew him best.
-Torsten Hegmann, Director AMLCI 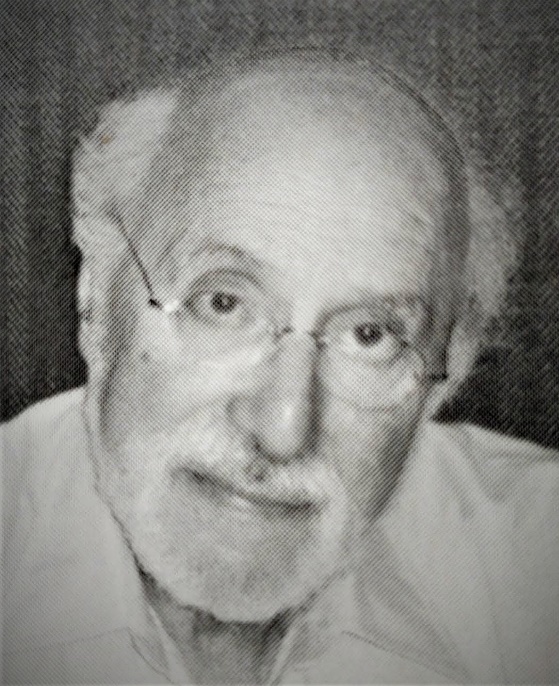 Maurice Kleman, a founder of the modern understanding of topological defects in liquid crystals, died on January 29, 2021 in Paris, France. Maurice contributed greatly to many branches of condensed matter physics, ranging from liquid crystals, magnetic systems and quasicrystals to amorphous media and biological tissues. Despite the variety of themes, the guiding idea of his research was the concept of topological defects.

In 1969, Maurice joined Pierre-Gilles de Gennes, Georges Durand, Madeleine Veyssié, and other enthusiasts who started the studies of liquid crystals at the Laboratoire de Physique des Solides in Orsay, a suburb of Paris. Experiments of Durand and Veyssié, which demonstrated that a magnetic field acts differently on “thin” and “thick” line defects in cholesteric liquid crystals, triggered a lifelong interest to the subject of defects. Maurice, working first with his scientific mentor and friend Jacques Friedel, and then alone, gave a geometrical description of the defects in cholesterics. Soon thereafter, with a Canadian postdoctoral fellow Patricia Cladis, he has realized that the so-called “thick” linear defects-disclinations in achiral counterparts of cholesterics, so-called nematics, are not defects in a strict topological sense but instead represent a smooth variation of molecular orientation. Maurice and Patricia published the theory of the disclination types simultaneously and independently of a similar discovery by Robert Meyer, who called the formation of a thick disclination “an escape into the third dimension”.

Maurice was always keen to base his general theoretical models on concrete well-controlled experiments, trying to make sure he could access reliable experiments in his own laboratory. One of such experiments was an observation by Patricia Cladis and Claudine Williams of defect points that often resided at the cores of “thick” lines in round capillaries. By contemplating on these and numerous other observations and trying to find a unifying concept of defects, in early 1970-ies, Maurice and his colleagues Gérard Toulouse and Louis Michel, proposed a general classification of topological defects in any condensed medium. The classification is based on the homotopy theory, a part of algebraic topology. The new language of defect classification was introduced also by Soviet physicists Grigori Volovik and Vladimir Mineyev. The homotopy theory not only placed different types of defects in proper corners of classification, but it also demonstrated a deep connection between defects in ordered media and elementary particles and physical fields. Deep knowledge of mathematical methods, abstract algebraic and geometrical thinking, and understanding the intricacies of matter-light interaction allowed Maurice to find the most precise theoretical descriptions of complex objects observed in the laboratory, from dislocations and disclinations to focal conic domains and chromosomes. His book on topological defects (Points, lines and walls: in liquid crystals, magnetic systems and various ordered media. Wiley (1983)) remains an important reference in the field of defects in condensed matter. Maurice continued to work till his last days. His latest work, written in collaboration with scientists from India, entitled “Topological defects due to twist-bend nematic drops mimicking colloidal particles in a nematic medium,” was published in August 2020.

Maurice also wrote an autobiographic book Chronologie d'un physician (Montrouge: Calvage & Mounet, 2016), in which he describes how his scientific achievements were intertwined with personal experiences. His Jew parents emigrated to France from Poland. Maurice was born in Paris on August 11, 1934. Some of the most decisive events came in his childhood when the occupation of France during the Second World War forced his family to seek refuge in the French province. On occasions, he and his family went very close to being discovered. He felt strongly that his life and the life of his family during the war were saved by simple people of a small village, which engraved a strong message of humanity in him. As he wrote in the autobiography, “it was the gaze of these simple people that began to form in me my love for truth, for exact things.”

Maurice was never a stranger to an adventure. Once, he told me we should revisit the Derjagin-Landau-Verwey-Overbeek theory, not just to change the assumptions but literally to check the calculations: “You never know, they might have missed something.” One evening, sitting at my home, I received a telephone call from him: “Look, I am in the US, but not in the State of Washington where I was supposed to be, but in Washington DC. I misunderstood where the conference would be. Since there are no flights to Seattle tonight, I decided not to go there. May I fly to Cleveland so that we could work on the book for a few days?” Of course, it was a pleasant surprise, and we had a wonderful time advancing what years later was published by Springer as “Soft Matter Physics: An Introduction.”

Being open to any scientific adventure, Maurice disliked competitive sports. In his book, he describes his one and only chess game he played being 12 years old. He has beaten a 25-years old person who taught him the rules. The game took so much of intellectual effort that Maurice decided that even the winning outcome did not justify the painful concentration and never played again. Somewhat similarly, he decided not to pursue history as a scientific activity, resorting himself to “exact sciences,” the reason being “(these) required less effort to obtain honorable results”.

In 1980, Maurice Kleman was honored with the Prix de Physique Jean Ricard de la Société Française de Physique; in 2007, the Grand Prix de l’Académie des Sciences and in 2018, he was elected an International Honorary Member of the American Academy of Arts & Sciences. I think Maurice knew that the biggest award was that his ideas of how topology and geometry shape physical systems continue to inspire researchers nowadays.