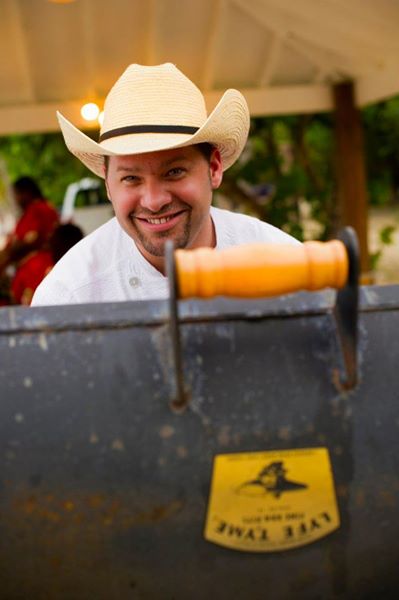 From Chef to Culinary Teacher:

After opening several successful restaurants in Cleveland and Las Vegas, Chef Scott Popovic was ready for the next step in his career as a chef. In his search, he found Kent State University’s Career Technical Teacher Education (CTTE) program, which would allow him to teach the very subject he loved most: culinary arts. Kent State University’s CTTE program is one of a small number of teacher education programs in Ohio that prepares educators to teach career-technical programs.  According to Scott, the choice to come to Kent State University was easy, given that it is a great learning campus, filled with well-educated instructors. Of considerable mention is Dr. Davison Mupinga, who Scott described as an approachable and awesome professor. As an alum of the Polaris Career Center, Scott plans to use his new education from Kent State to return to his alma mater to teach Culinary Arts.

Scott was sought out by the FOX television show Hell’s Kitchen to be a contestant for Season 18, “Veterans vs. Rookies”.  Out of 5,000 contestants, only 20 participants were chosen to fly out to Las Vegas, and only 8 of those 20 were then selected to appear as contestants on the show.  Scott had been featured on a few television shows prior to the filming of Hell’s Kitchen, however nothing compared to this experience. During that 90 days of filming, contestants were on camera 24/7 and were not allowed to contact outside family or friends.  It was a challenging experience; often time contestants were cooking on 2 hours of sleep per night. Nonetheless, Scott notes that he would not trade the experience for anything.

As Scott was growing in his career, he began to look for ways to use his talents to give back.  This is when he turned to teaching, with the drive to become involved in the training of the next generation of chefs.  Scott always loved teaching and felt that his personality suited the guiding nature of a teacher. “I love watching a student when they finally ‘get’ something - to see it in their eyes is the coolest feeling”.  He also notes that his employees always looked to him for how to succeed in the industry. Seeing former employees succeed is something Scott admits to being proud of and has influenced his decision to continue his education through Kent State’s CTTE program.

Now that he will be obtaining his Ohio teaching license, his next steps are to strive and get better as a teacher through the CTTE program.  As a continuing education program, this program has influenced Scott’s growth because “the instructors are always trying to help you improve.”  According to Scott, the professors are very supportive and flexible for working professionals, making it easy to attend classes by holding sessions at nights or on weekends.  He is currently doing his service teaching practicum in a high school classroom.

Besides having a passion for teaching, another cause that Scott is very passionate about  is the American Cancer Society (ACS). After his grandparents passed away, Scott became very involved in cooking meals for ACS events and does what he can to help.  As he likes to cook with the season, he recently was a celebrity chef for the annual ACS Harvesting Hope event this fall, a celebration of local food tastings. Scott’s favorite fall dish to make is roast acorn squash with a balsamic vinaigrette.

Scott’s advice to students considering the CTTE program is to “utilize your professors and teachers because they have so much knowledge that’s valuable moving into a career”.  Essentially, it’s important to learn as much as you can during your time as a student and to take advantage of all that Kent State University has to offer.