READ THE ENTIRE APRIL 2022 EDITION OF INSIDE EQUAL ACCESS

This article originally appeared in the April 2022 edition of Inside Equal Access. 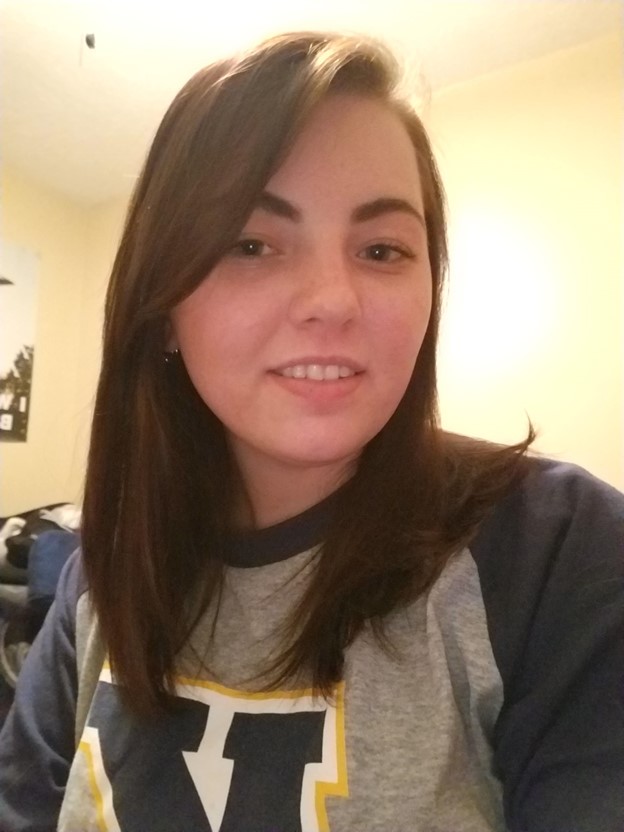 Devin Noland is a Kent State graduate student in Speech Pathology. She is a t6 paraplegic, which was caused by acute transverse myelitis when she was 13. Devin says that people usually are hesitant to ask her what happened, which she thinks is silly. But she understands their hesitancy since she does not ask others about that either.

Devin says that what happened to people does not really matter to her. As a person with a disability, Devin knows what people with disabilities are going through on a day-to-day basis. She finds knowing whatever may have happened for them is less interesting than knowing how they are doing today, in this moment. “What are they doing with their life? What are their plans? How are they overcoming their disability?” Devin thinks that how their disability came to be is both a major and minor factor in their lives. It is a big deal because it shaped their life, their view of the world and overall, who they are today. It is also not a big deal because they are so much more than their disability.

Devin realized that many people don’t know what they can do until they have no choice. When she tells her story, people tell her that she is an inspiration. But for her, she just does what she and anyone in her situation would do. “I am not an inspiration because I get out of bed!”

"DEVIN FINDS KNOWING WHATEVER MAY HAVE HAPPENED FOR PEOPLE WITH DISABILITIES IS LESS INTERESTING THAN KNOWING HOW THEY ARE DOING TODAY, IN THIS MOMENT."

What Devin wishes non-disabled people would realize is that things marked are “accessible” often aren’t accessible. She believes that even though we have the Americans with Disabilities Act (ADA) in place, our world still isn’t fully designed for people in wheelchairs. While the ADA sets standards for minimum accessibility, that often isn’t enough for complete access.  There are many ways a business can be ADA compliant without providing enough access for a wheelchair user to be independent.  This carelessness makes public spaces less equitable for Devin, as she often has to take a longer path or move things out of her way.

Devin’s professional aspiration is to work as a speech pathologist in a rehab facility. She does not foresee professional barriers to achieve her career goal except possibly in trying to work with small children. Working with kids would require transferring to the floor, something she can’t do. But since Devin is planning on focusing on teens and adults, that’s not a concern for her.

Hey there, reader! Made it this far? Let's take it to the next step. Here's some questions for your own thought or discussion with others:

Want to send some encouragement to or ask a question of Devin? Email her at Dnoland3@kent.edu