50th Commemoration Concert to Benefit the May 4 Legacy Scholarships

THE CONCERT IS SOLD OUT!

Kent State University is proud to announce the 50th Commemoration Benefit Concert featuring Joe Walsh (with Barnstorm - Joe Vitale and Kenny Passarelli) and David Crosby (with his touring band), two Rock Hall of Fame members with strong musical connections to the events of May 4, 1970. They will be joined by other acts to be announced soon.

The benefit concert will take place at 7 p.m. on Saturday, May 2, in the Memorial Athletic and Convocation (MAC) Center on campus. Proceeds from this event will help support the newly created May 4th Legacy Scholarships, which will provide four endowed scholarships to be given to students majoring in Kent State’s renowned Peace and Conflict Studies program. Each scholarship will bear the name of one of the students killed – Allison Krause, Jeffrey Miller, Sandra Scheuer and William Schroeder – to serve as a lasting testament to their lives and presence at Kent State. 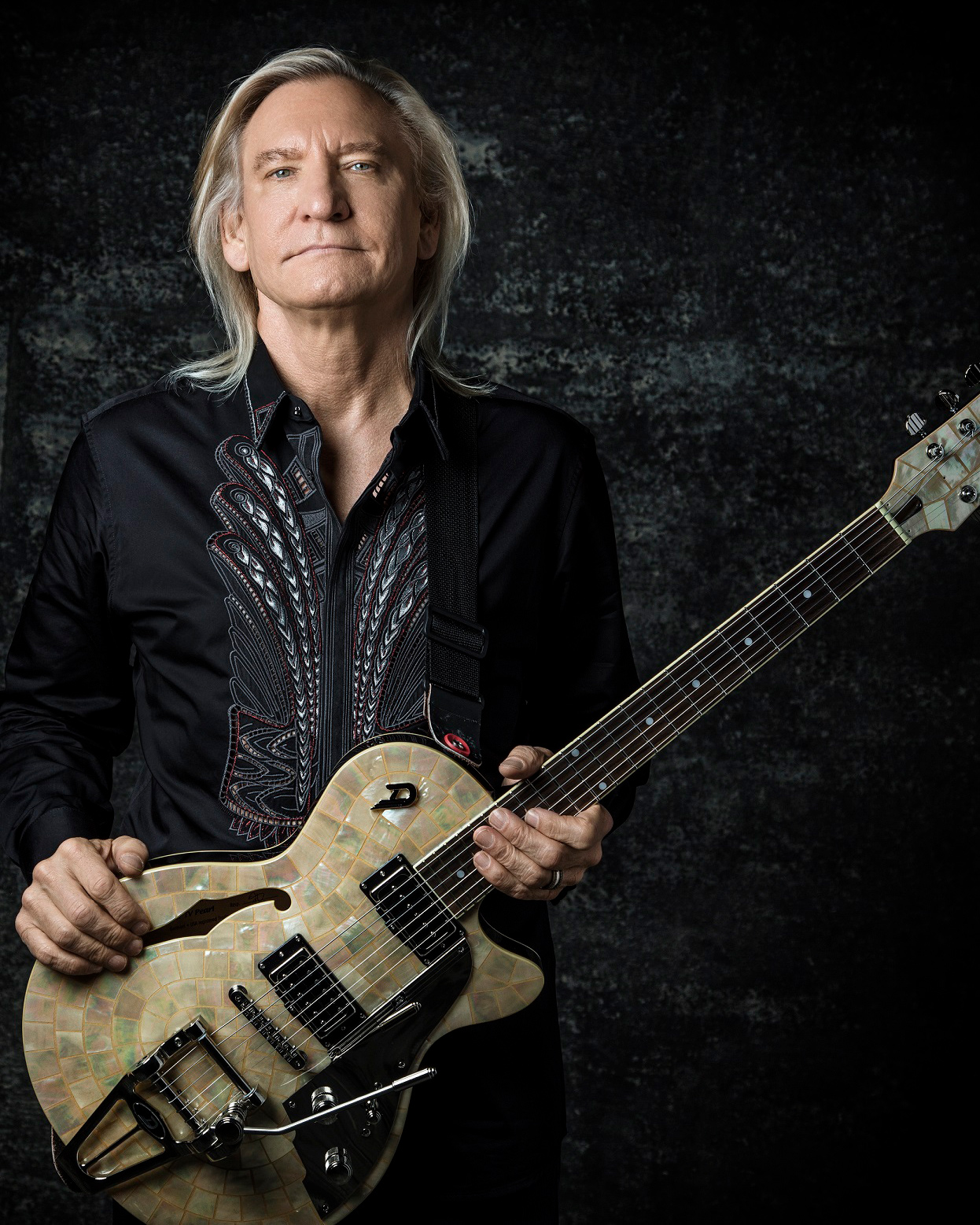 In the late summer of 1965 Joe Walsh arrived at Kent State University and almost immediately started integrating himself into the local music scene with his first band, The Measles. By the Spring of 1968 Joe joined and then fronted The James Gang, a hard rock power trio playing two to three nights a week at a downtown Kent club called JB's. In addition to being extremely popular on the local Kent and Northeast Ohio music scene, The James Gang began playing shows nationally opening for the likes of Fleetwood Mac, The Who and Led Zeppelin.

Joe Walsh was on the campus of Kent State University on May 4, 1970, and the events of that tragic day left a lasting impact on Joe Walsh. Following his time in Kent, Ohio, Joe Walsh left the James Gang and formed Barnstorm. He also went on to a successful solo music career and eventually became a member of the iconic rock group, The Eagles just in time to record their now 26 times certified platinum album, “Hotel California.”

Joe Walsh has written such classic rock songs as “Rocky Mountain Way”, “Funk #49”, “Life in the Fast Lane”, “Life’s Been Good”, and “In The City”. A multi-GRAMMY Award recipient, a member of the Rock and Roll Hall of Fame and Kennedy Center Honor Recipient, Joe Walsh continues to tour both as a solo artist and as a member of The Eagles and continues to support Kent State University and Northeast Ohio. We are proud to feature Joe Walsh at the 50th Commemoration Benefit Concert.

One of the highlights of this special benefit concert will be a reuniting of Walsh’s band, Barnstorm with original members Joe Vitale and Kenny Passarelli, along with several other renowned musicians joining the original three members. 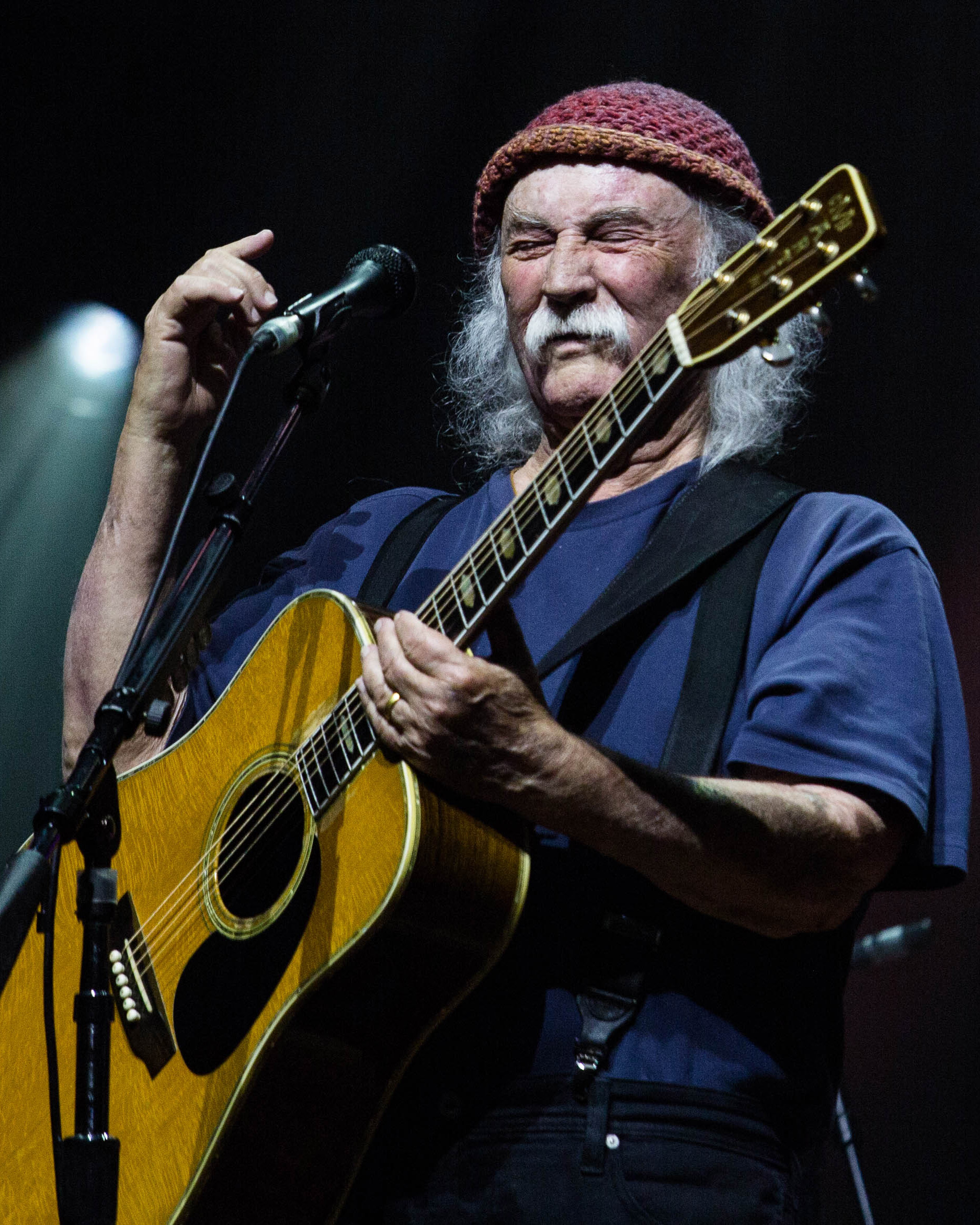 David Crosby’s unparalleled six-decade career has left an indelible mark upon many generations of listeners. A two-time inductee to the Rock & Roll Hall of Fame, Crosby began his professional musical career as a founding member of the Byrds in the mid-60's performing on such classics as “Eight Miles High” and “Mr. Tambourine Man.”

Crosby then formed Crosby, Stills, Nash & Young (CSN&Y) in the late ’60s, performing their second show at the famous Woodstock concert in 1969. Their 1969 self-titled debut album and 1970 release “Déjà Vu” are considered two of the greatest albums in the history of rock ’n’ roll. The group’s top 20 single “Ohio” was released in the summer of 1970 and helped to raise international awareness of the tragic events at Kent State on May 4, 1970. The group Crosby, Stills and Nash performed an acoustic version of the song on the Commons at Kent State during the May 4 annual commemoration on May 4, 1997. Nearly 50 years after it was first released, the song “Ohio” continues to resonate strongly with audiences and other musicians and remains a highlight of Crosby’s performances.

Crosby was also inducted into the prestigious Songwriters Hall of Fame in 2009 and continues to devote his time and songwriting to issues of social conscience. He has visited Kent State’s May 4 Visitors Center and performed in Kent many times over the years. His towering influence and brilliant ability to capture the spirit of our times in his music remains undiminished.

THE CONCERT IS SOLD OUT!