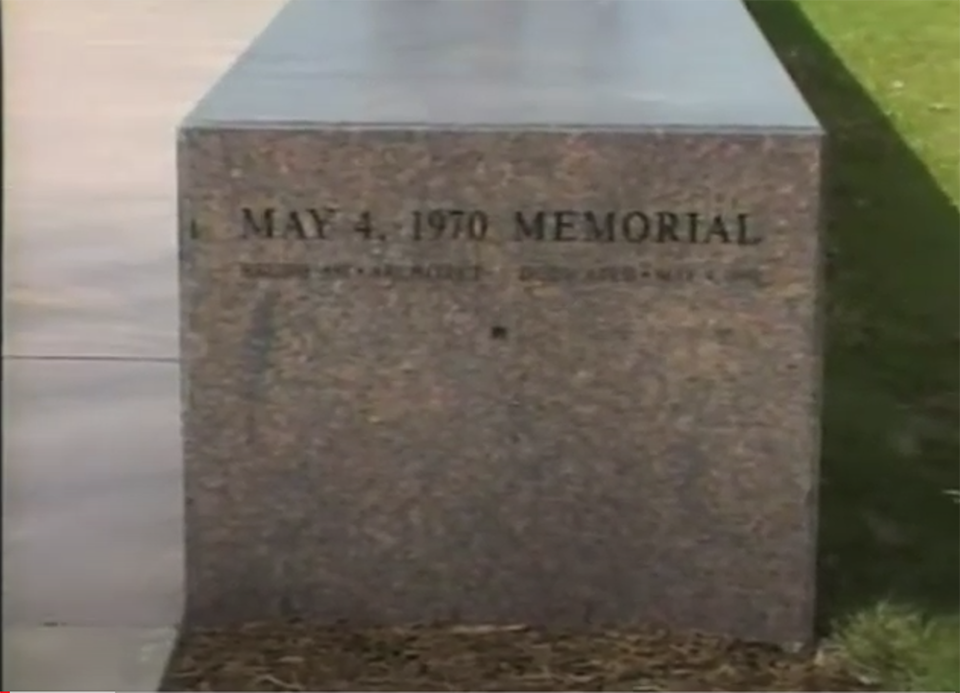 Over the years, many films, documentaries, and news stories have been made about the history and legacy of the May 4, 1970 shootings at Kent State University. Below are some links to a variety of films and videos produced by third parties outside of Kent State. Please note that these links are being provided as a courtesy and the opinions expressed within them do not reflect the opinions of Kent State University and no ownership or rights are implied.

President Richard Nixon Address to the Nation on the Situation in Southeast Asia,
TV Broadcast, April 30, 1970

That Monday in May. The Shootings at Kent State
William Ling

Kent State: Looking Out My Back Window
Erica Meuser

The Day the 60’s Died. Moments After the Shootings
PBS