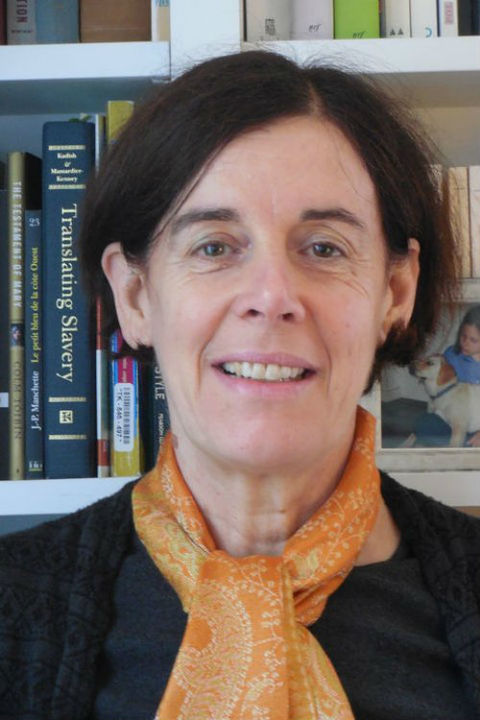 Françoise Massardier-Kenney received her Ph.D. from Kent State University in 1986. She has particular research interests in the translation and study of 19th century French literature, gender and feminism in translation, the pedagogy of translation and cross-cultural competency. She is the general editor of the American Translators Association (ATA) Scholarly Series.  Her publications include the monograph Gender in the Fiction of George Sand (2001) Translating Slavery: Gender and Race in French Women’s Writing (with Doris Kadish 2000, 2010) Translating Slavery: Ourika and its Progeny (2010), translations of Madame de Duras’s Ourika (2000) George Sand’s novel Valvèdre (2007) and Antoine Berman’s Toward a Translation Criticism (2009) as well as numerous articles on Sand, nineteenth-century women’s writers, and translation.  She is also the co-editor with Carol Maier of Literature in Translation (2010). Her recent publications include chapters and articles on the translations of George Sand into English, the pedagogy of translation, and retranslation, and a co-edited book Translators Writing, Writing Translators in honor of Carol Maier. She is currently working on issues in translation and cross-cultural competency.

Françoise Massardier-Kenney is Professor of French and Translation Studies at Kent State University and Director of the Institute for Applied Linguistics, an internationally known research and training translation center. She has trained translators at the graduate level since 1989 and advised Ph.D. students in Translation Studies since 2007.

She teaches graduate courses in research methods, literary and cultural translation, and a doctoral seminar on Translators' Discourse. She is the Director of the The Institute for Applied Linguistics (IAL), a research and training unit within the College of Arts and Sciences at Kent State. Affiliated with the Department of Modern and Classical Language Studies, the Institute and its faculty coordinate the four-year Bachelor of Science Program in Translation, the 2-year Master of Arts in Translation and the Ph.D. in Translation Studies.