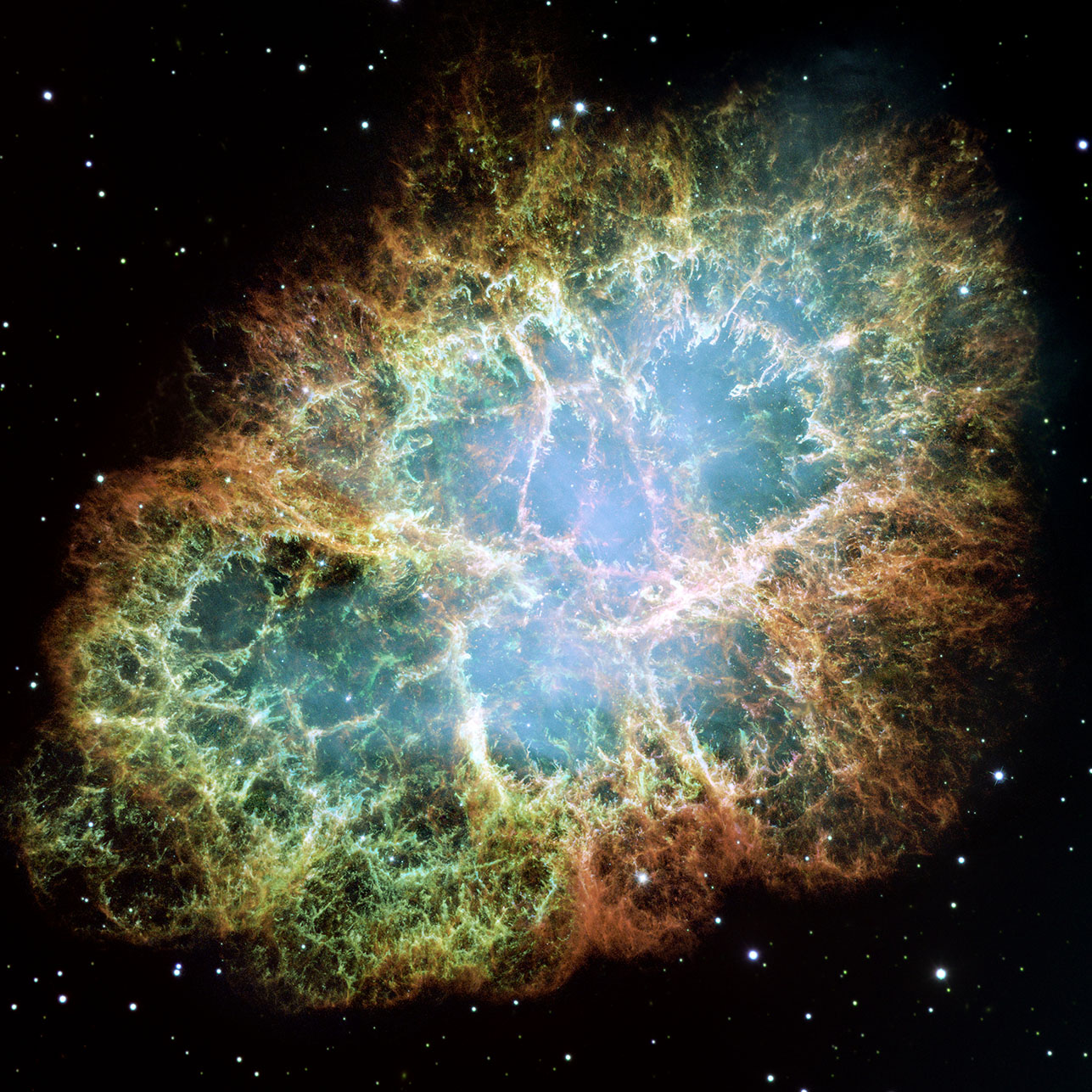 When massive stars run out of fuel for fusion, they collapse gravitationally. The empty space that permeates atoms disappears and the density increases to the point that the stellar core becomes a giant nucleus, the size of a city. At this point, the contraction halts and bounces back, resulting in one of the most violent events in the universe, a supernova explosion. The expelled matter gives origin to nebulae, such as the one above, and leaves behind a neutron star. Prof. Veronica Dexheimer is a theoretical nuclear/particle astrophysicist specialized in modeling the dense matter in neutron stars. 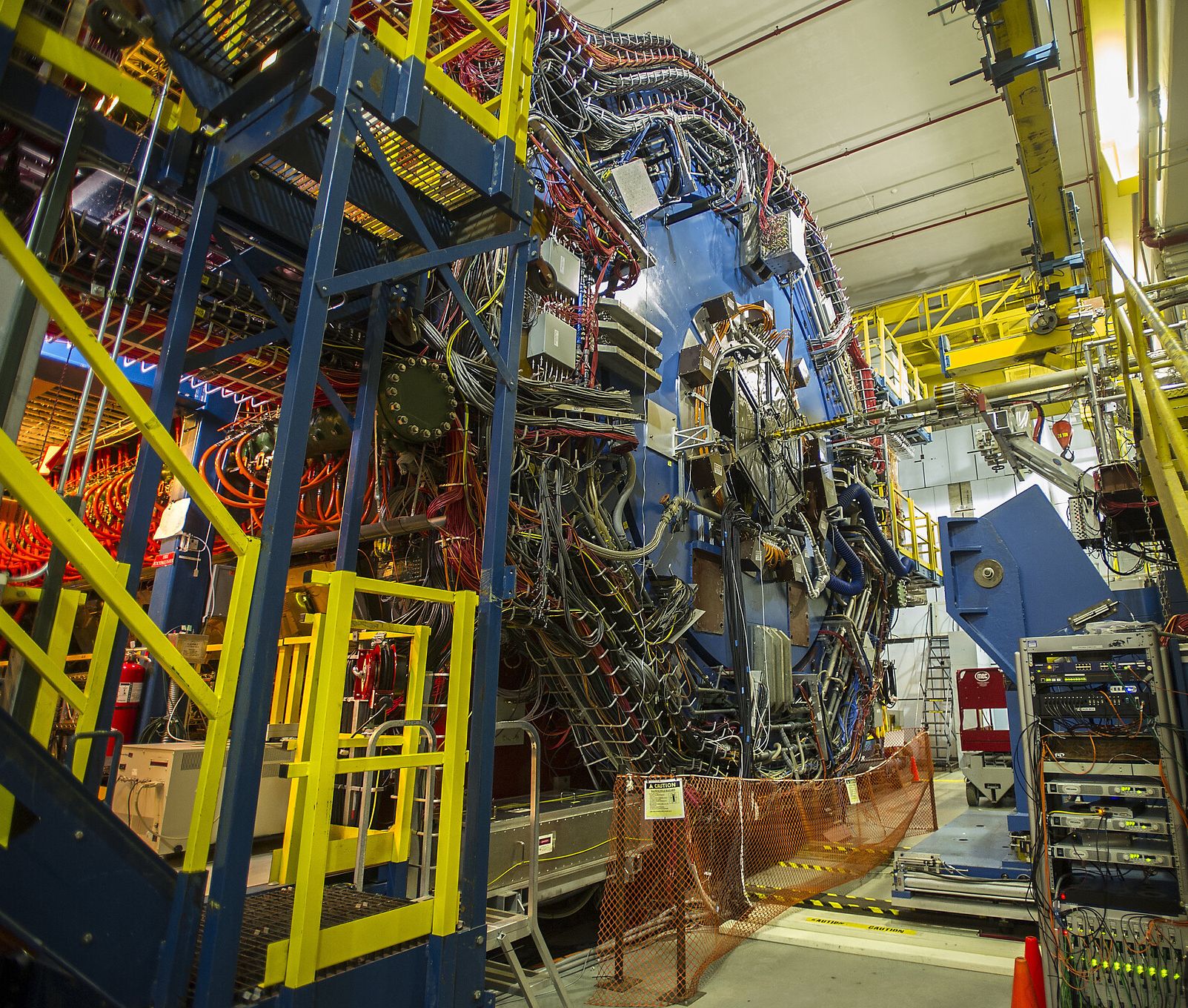 A view (above) of the STAR detector which is used by Profs. Declan Keane and Spiros Margetis to study nucleus-nucleus collisions at Brookhaven National Lab, Long Island, New York.  Kent State was one of the initial few founding institutions of the STAR collaboration around 1990, and by 2021, the collaboration has grown to include 72 institutions from 15 countries.  The ultimate goal is to understand nuclear and sub-nuclear matter under extreme conditions of density and temperature, conditions believed to have existed in the Universe during the first microseconds after the Big Bang.  Our group has a special focus on (i) particles containing a relatively rare heavy quark, (ii) patterns and asymmetries displayed by particles ejected from the collisions, with emphasis on the behavior when the initial energy of the collision is varied, and (iii) searches for new species of anti-nuclei. 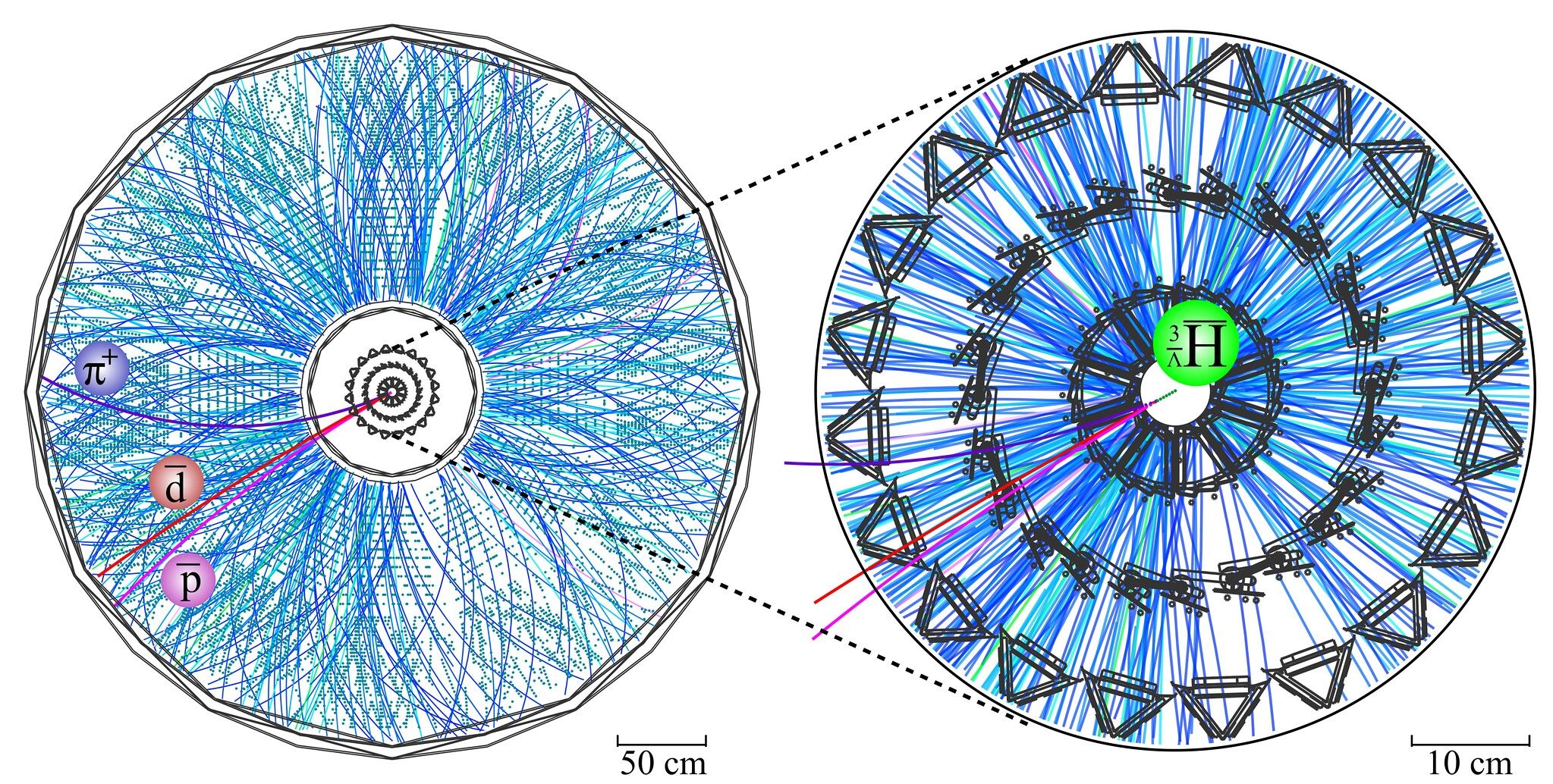 An anti-nucleus has a negative charge (the opposite of a normal nucleus), and all the particles in an anti-nucleus are antimatter particles.  The diagram above illustrates the method for finding and reconstructing the decay of an unstable anti-nucleus in the STAR detector.  The Kent State group has had a central role in the discovery of two new types of anti-nucleus using the STAR detector.  These antimatter nuclei are extremely rare and to find on the order of 20 examples of the anti-helium-4, we needed to search over more than half a trillion tracks.

Below is a kind of "time capsule", describing some CNR research projects from the early days of the web:

Each colored dot represents an identified nuclear fragment from a gold-gold collision in a Time Projection Chamber; these results are from a project to improve separation of heavier species, by then-undergraduate Kerry Forsythe. 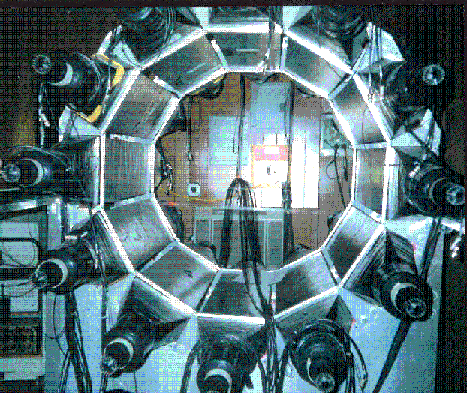 This device for measuring the spin of neutrons (a polarimeter) has 360 degrees of coverage in scattering azimuth, and was developed by Prof. John Watson.

In this Time Projection Chamber, trajectories of charged nuclear fragments in a magnetic field are reconstructed from a three-dimensional array of more than two million pixels, using software developed by Dr. Marvin Justice.

Profs. Makis Petratos and Mina Katramatou played a major role in the design of this apparatus at the Stanford Linear Accelerator Center; it reveals how the spin of the quarks inside a nucleon contribute to the nucleon's spin.