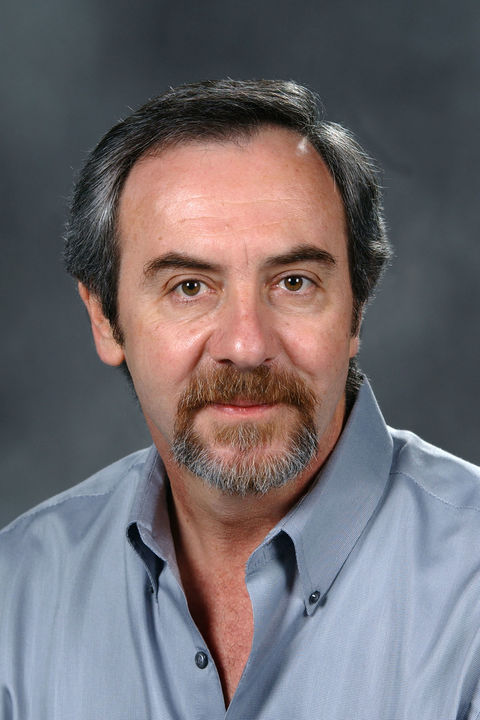 Prof. Finotello and his students' research efforts concentrate on studies of phase transitions of two-dimensional superfluids and liquid crystal materials in restricted geometries. The submicron size restricted geometries range from having highly uniform, parallel, cylindrical pores like in aluminum oxide Anopore membranes and polycarbonate Nuclepore filters, to a random network of pores as provided by cellulose Millipore filters or porous glasses like Vycor and silica Aerogel.

Two-dimensional systems are formed by adsorbing helium atoms onto a solid substrate. By controlling the amount of helium dosed in the experimental cell and with knowledge of the surface area, films can be grown having thicknesses as thin as an atomic monolayer up to several layers. The superfluid transition of thin helium films adsorbed in a well defined geometry, planar films, has been extensively studied experimentally and is well described by the Kosterlitz-Thouless theory. The superfluid state is characterized by the presence of vortex-antivortex pairs. At a thickness dependent transition temperature, the pairs break up and the superfluid behavior is destroyed. The superfluid transition is characterized by a discontinuous vanishing to zero of the areal superfluid density, by the exponential divergence of the thermal conductivity, and by the absence of a specific heat signature at the transition. As a consequence of the depairing mechanism, the specific heat exhibits a broad and rounded peak whose maximum is at a temperature above the superfluid transition. When the helium films are adsorbed in a random interconnected porous material, the nature of the superfluid transition is completely changed: the superfluid density decreases to zero via a power law, and the specific heat exhibits a sharp feature at the transition. The characteristic critical exponents are also different from those in the parent pure bulk system.

Liquid crystals confined to a cylindrical morphology are becoming an increasingly attractive area for basic studies because the surface is accessible to chemical treatment that controls the molecular anchoring strength and anchoring angle. In addition, the cylindrical symmetry permits a simplified analysis of liquid crystal director field configurations. Many of the phenomena and understanding that arise from these studies may be adopted to other shapes that are important in the applied area, like electroptical devices. Under confinement, the curvature of the system imposes large elastic distortions that strongly compete with molecular anchoring energies at the solid walls yielding a rich variety of director configurations. Configurational transitions are driven by curvature, by changing anchoring energies and by temperature. Elastic distortions dominate the behavior at phase transitions which are strongly suppressed. When the confinement is random, phase transitions may be completely absent. Due to strong surface interactions, surfaces induce local order which is retained to much higher temperatures than in bulk systems. These systems are being investigated with a host of techniques including high-resolution ac heat capacity, vapor pressure isotherms, thermal conductivity, and deuterium nuclear magnetic resonance. The low temperature work is carried out in a dilution refrigerator with 0.03 K minimum temperature and in a 1.1 K helium evaporator while the liquid crystal studies take place in three home-made calorimeters and in a 4.7 T superconducting NMR magnet.