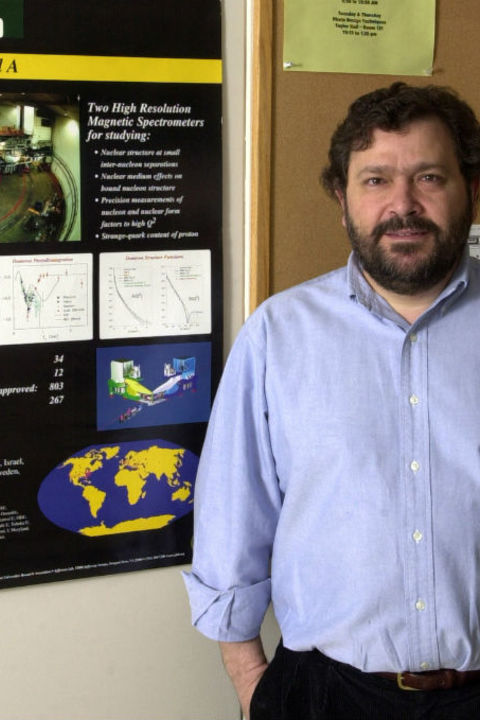 Dr. Makis Petratos received his Ph.D. in Experimental Nuclear Physics in 1988 from The American University, Washington DC.  He subsequently held research positions at The University of Rochester and the Stanford Linear Accelerator Center (SLAC) of Stanford University, before joining the Kent State University Faculty in 1994.

Prof. Petratos has been teaching undergraduate and graduate level physics courses including Algebra- and Calculus-based General Physics, Modern Physics, Electromagnetic Theory, Classical Mechanics, Nuclear-Particle Physics and Statistical/Computer Analysis of Experimental Data.  He has been recipient of Excellence in Education award  for Outstanding Instruction in Physics Education (May 2013), Excellence in Advising award  for Providing Exceptional Guidance to Physics Undergraduates (April 2012), and Distinguished Professor award for Recognition of Continued Commitment to Undergraduate Physics Education and Advising (April 2011) by the Kent State University chapter of the Society of Physics Students of the American Institute of Physics.

Dr. Petratos has been doing research, for almost three decades, on the internal structure and dynamics of the proton, neutron and the lightest nuclei in nature, the deuterium and helium, by scattering unpolarized and polarized electron beams from unpolarized and polarized nuclear targets at SLAC and Jefferson Lab (JLab).  Dr. Petratos has played a leading role in the Nuclear Physics at SLAC (NPAS) Program and in SLAC measurements of the spin structure functions of the proton and neutron.  His current research interests are focused in JLab measurements of i) the electromagnetic form factors of few-body nuclear systems testing the meson-nucleon framework of the few-body "standard model" and predictions of nuclear chromodynamics, and ii) deep inelastic scattering from the A=3 mirror nuclei to extract the neutron structure functions and the ratio of down to up quark distributions in the nucleon in the valence-quark region.  Dr. Petratos was elected, in 2008, Fellow of the Nuclear Physics Division of the American Physical Society for numerous contributions to high energy electromagnetic physics, including the SLAC nucleon spin physics program, and the SLAC and Jefferson Lab few-body physics programs.