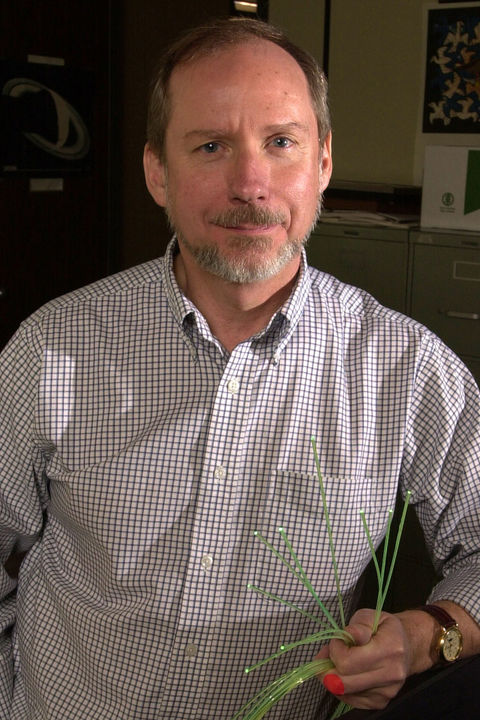 For energies between 100 and 500 MeV, neutrons and protons have mean free paths in nuclear matter that are typically several times the diameters of nuclei. This means that (p,p), (p,n) and (n,p) reactions with beams in this energy range can be characterized by a single-step, impulsive mechanism, where the modified N-N interaction plays a central role. An especially useful way to probe this modified N-N interaction is through the measurement of spin observables, which generally are sensitive to interference terms in the reaction amplitude, and therefore to subtle modifications of the interaction.

Dr. Watson and his students and collaborators have been studying, specifically, spin observables for (p,n) reactions. Beams of spin-polarized protons are routinely available at accelerator laboratories. A key feature of this research has been the development of high-efficiency neutron polarimeters to measure the polarizations of neutrons produced by reactions induced by beams of polarized protons. The photo shows the latest instrument developed by this group. This double-scattering device is called the 2-pi Polarimeter because of its full azimuthal coverage of doubly-scattered neutrons. This polarimeter utilizes the spin analyzing power of n-p elastic scattering from hydrogen nuclei in organic scintillators. This analyzing power produces azimuthal asymmetries in the intensity of scattered neutrons. These asymmetries can then be used to deduce the polarization of the neutrons interacting in the polarimeter. Because the neutrons double scatter from organic scintillators, neutron time-of-flight techniques can be used to measure the energies of the neutrons as well as their polarizations. An extensive series of measurements with this device are underway at the Indiana University Cyclotron Facility (IUCF).