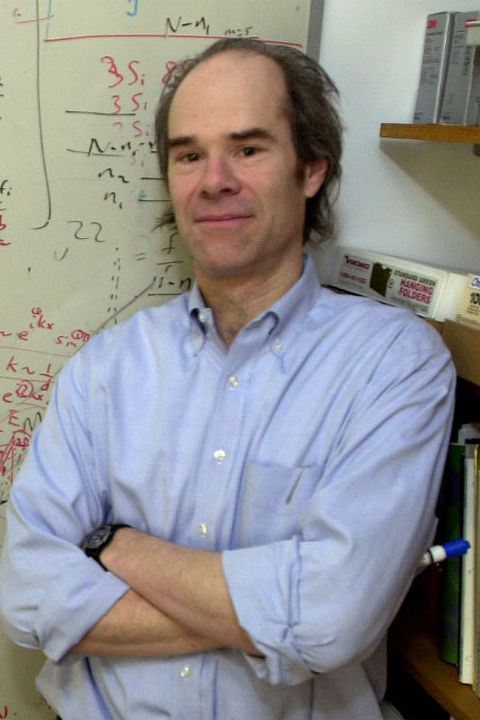 The general focus of my research is the experimental study of structure and phase transitions in soft condensed matter - particularly liquid crystals and complex fluids. These systems illustrate key issues in condensed matter physics, ranging from the most basic, such as the statistical mechanics of phase transitions (critical phenomena), continuum elastic theory, and the dynamical modes arising from broken symmetries in many particle systems, to the more applied: the optical properties of complex dielectric media and ferroelectricity in soft matter are examples. The experimental techniques I use are optical scattering spectroscopy (dynamic light scattering and optical Bragg scattering), optical birefringence and dichroism (the measurement of phase and absorption anisotropies), and polarizing light microscopy. Applied electric and magnetic fields are also employed to manipulate the structure and symmetry of the experimental systems. These techniques afford students the opportunity to manage an individual research project and to acquire a practical (and marketable) training in modern optical technology.

Among the specific research topics I am presently pursuing or planning to pursue are: (1) Commensurate/incommensurate structure and phase transitions in freely- suspended ferroelectric liquid crystal films; (2) Two-dimensional ordering in smectic thin films under the influence of large applied electric fields; (3) The elastic properties and dynamics of polymer-stabilized liquid crystals, including effects on fundamental liquid crystal phase transitions and on chiral structure in cholesteric and ferroelectric liquid crystals; and (4) A study of the structure and fluctuation modes of dilute surfactant membranes and other model membrane systems (eventually to include studies in very high applied magnetic fields). The first two projects involve the technique of freely- suspended thin films, which provide an easily accessible realization of two- and three- dimensional XY-type models of phase transitions. Stable films may be obtained over a range of thickness from two to thousands of molecular layers. The second two topics involve multi-component, composite systems. In particular, the third project will aim toward understanding the impact of frozen-in polymer networks, with varying degrees of randomness, on the development of orientational and positional order characteristic of nematic and smectic liquid crystals. Finally, the fourth project has the overall goal of understanding the connections between layer rigidity and curvature, thermal fluctuations, and the rich variety of structures formed by bilayer membranes. (These provide the simplest model systems for biological membranes.)

Facilities available in my laboratory for conducting research include a three-axis optical goniometer, high and low power visible lasers, signal processing equipment (including a digital correlator for studying the spectrum of dynamic fluctuations in liquid crystals and complex fluids), equipment for sensitive optical phase and absorption measurements in both the visible and infrared, a 13 kG wide-gap electromagnet (for liquid crystal studies), an long distance microscope with CCD camera, and sample ovens with high resolution temperature control (including an oven for freely-suspended films). All instruments operate under PC computer control; a Pentium PC is used for data analysis. Additional facilities for polarizing microscopy, X-ray diffraction, and sample synthesis and preparation are available through collaboration with colleagues at the Liquid Crystal Institute. I am also intimately involved in the planning of a user facility for the study of complex fluids in very high (> 300 kG) magnetic fields at the National High Magnetic Field Laboratory, Florida State University.