FROM HOMELESS TO PHILANTHROPIST: KENT STATE STUDENT WHO RECEIVED HELP FROM OTHERS PAYS IT FORWARD; E-Inside; August 11, 2015 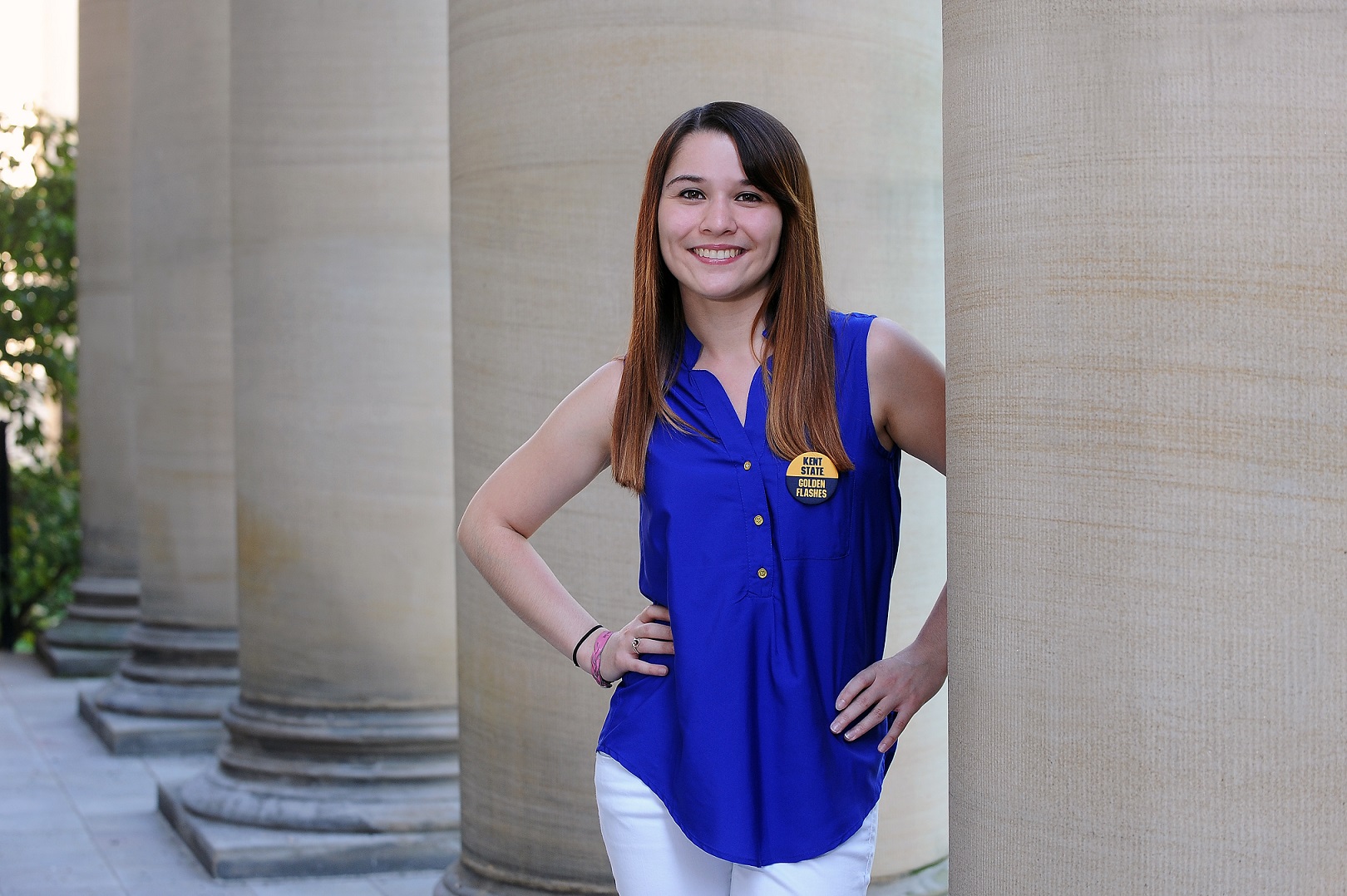 Theresa Medrano, a Kent State University senior from Westlake, Ohio, is living proof of this.

At age 17, like most high school seniors, Medrano should have been thinking about senior prom and graduation. But she became a victim of domestic violence and was forced to withdraw from high school.

Instead of planning the next chapter of her life, she suddenly found herself homeless. Still, she found the strength to remain hopeful, and today she’s a full-time student, on track to graduate.

“I believe hard work will take you where you want to go, so I got a job and worked until I could afford an apartment of my own,” Medrano explained.

Instead of giving up, she buckled down. She enrolled in online classes using computers at the public library and earned her high school diploma.

A friend suggested she apply to Kent State, but Medrano didn’t believe college was an option, given her financial situation. She was skeptical, but one visit to campus changed her outlook.

“I actually cried when I went on my campus tour,” she said. “Everyone was so welcoming, so willing to help me. A financial aid counselor explained the process of applying for scholarships, grants and loans, and I realized that college was a real possibility for me.”

Medrano received additional encouragement from her academic advisor and professors. Together, they developed a class schedule that would allow the human development and family studies major in the College of Education, Health and Human Services to attend Kent State full time, while also working nearly 30 hours per week.

She still spends much of her week working, but she also finds time to participate in Relay for Life events and to serve as president of the campus chapter of Operation Smile. Medrano is also an executive board member of FLASHanthropy, a student organization of dedicated students at Kent State committed to raising awareness of philanthropy and the importance of giving back to Kent State undergraduate students. The organization helps raise scholarship funds for the Pay It Flash Forward Scholarship to benefit other students in need.

“I know how important financial assistance is for me,” she said. “It’s a big reason why I’m able to be here at Kent State today.”

Medrano is one of the newest recipients of the Pay It Flash Forward Scholarship, which provides annual scholarships to undergraduate students who demonstrate a commitment to philanthropy. She and four other students were awarded scholarships this year, chosen from 20 applicants. Since its inception, 12 students have received the scholarship.

Though she has come a long way already, Medrano continues to work hard to achieve her dreams. She hopes to establish a career working in nursing home administration to improve the quality of life for senior citizens under her care.

In the meantime, she is giving back to the Kent State community and helping her peers.

“I received help from other people along the way, so now I’m giving back and helping others,” Medrano said. “I want to share my story. I learned that you can do anything, even with a hard situation. I never thought I would be here. But I fell in love with this campus. I worked really hard to get here. It pays off.”

With a big smile on her face, she says, “Anything is possible.”