Workers from the Portage County non-profit organization Family and Community Services recently arrived at Kent State University’s Kent Campus to collect one of the most prized castoffs from university residence halls: bicycles.

The agency’s annual bike collection on the Kent Campus has become one of its most popular giveaways at the County Clothing Center in Ravenna, which is one of many social service programs that Family and Community Services operate in the Kent-Ravenna area. 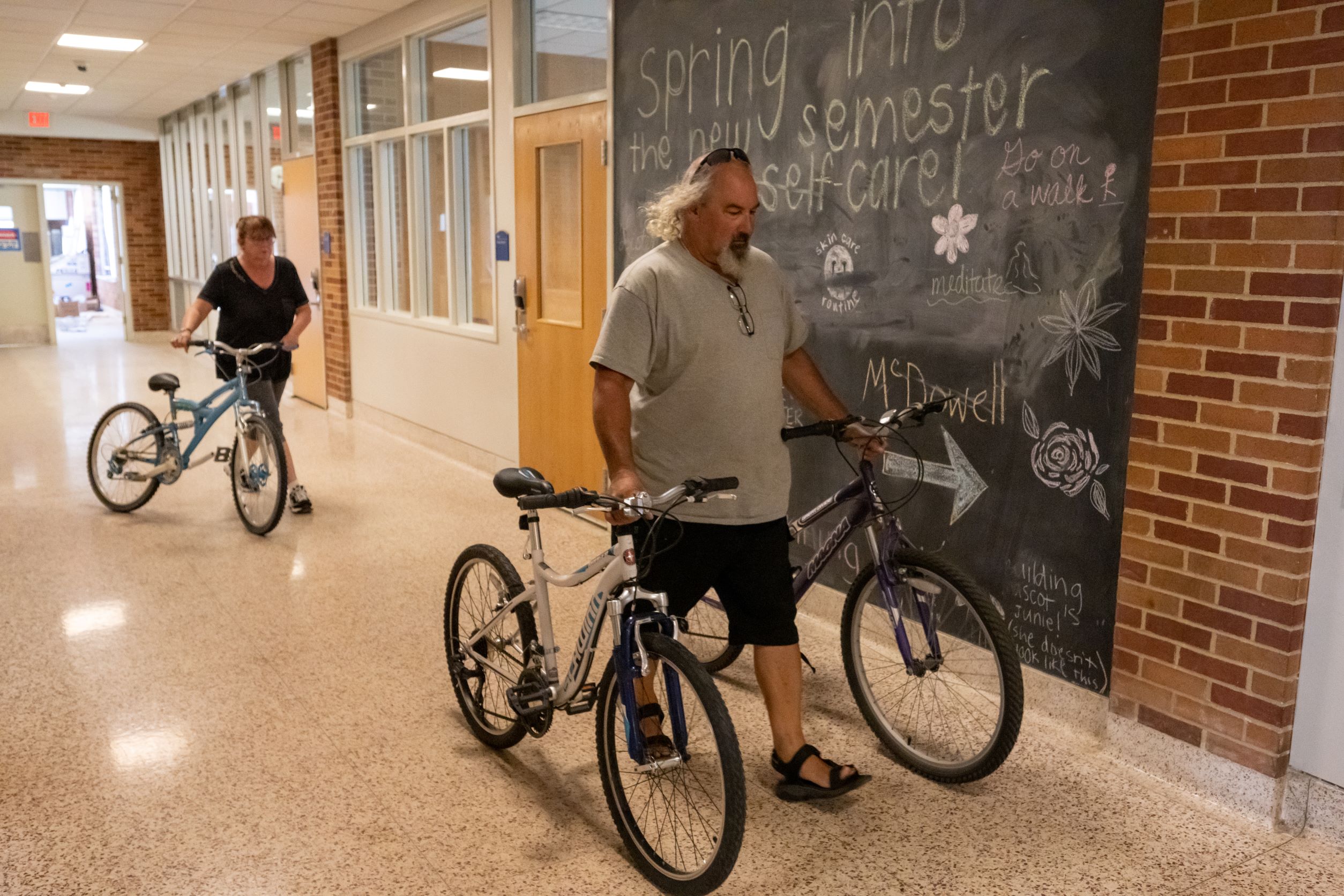 “Oh, my goodness yes, the bicycles disappear very fast,” said Candy Pollard, who manages the Clothing Center. Sometimes the bicycles are claimed for children or youth, but just as often it is adults in need of transportation who are eager to receive one of the bikes, she said.

“Our clients are very poor; they rely on the bus or walking. A bike can make a big difference to people,” she said, adding that a bike can translate into someone having the transportation they need to get to a job.

The annual bike collection is part of Throw-N-Go, a collaborative program between Family and Community Services and the university, which has been active on the Kent Campus since 2004.

The first phase begins right after spring break when Throw-N-Go containers are placed in each residence hall, encouraging students to drop in weara 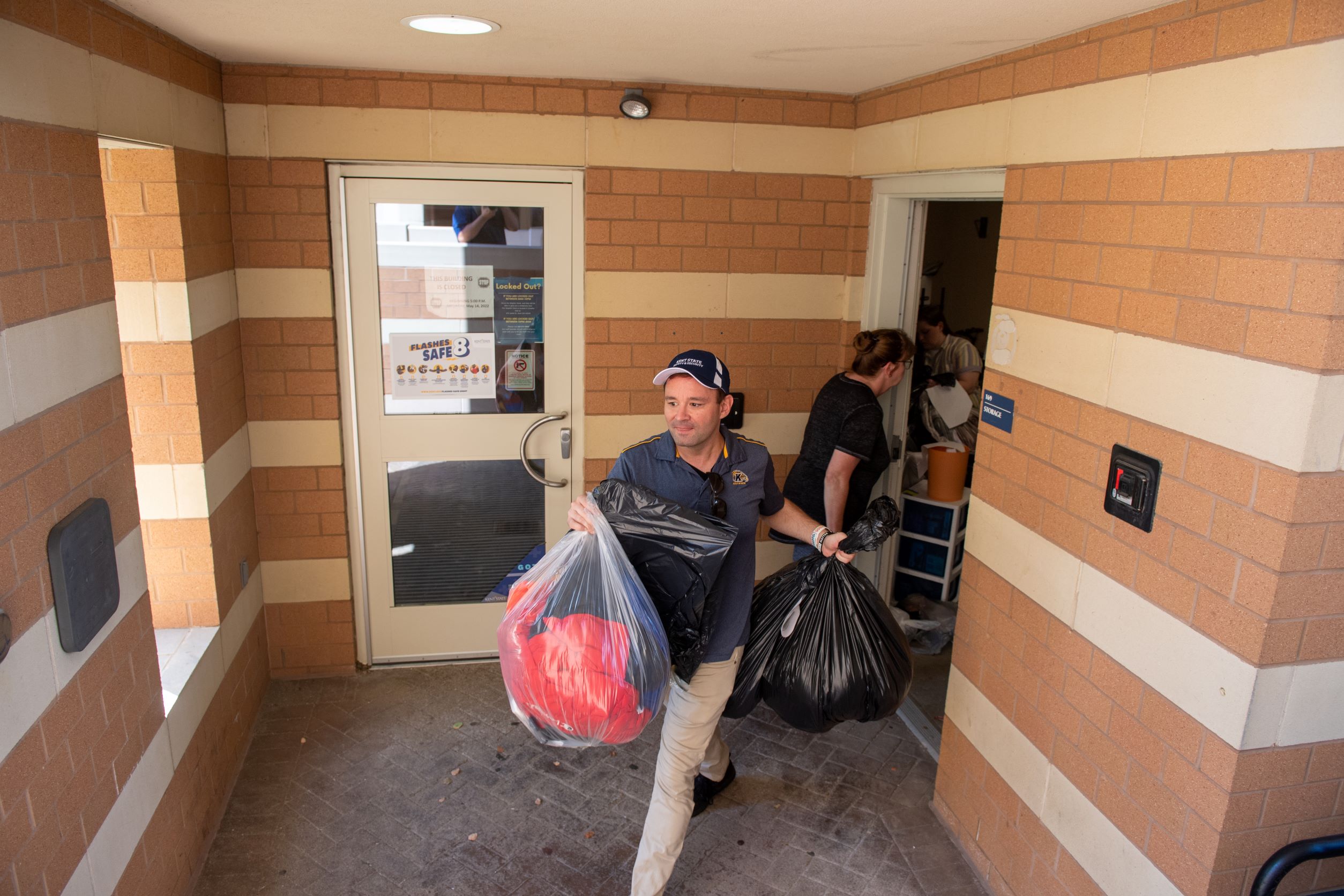 ble used clothing and non-perishable food items that they would otherwise be discarding.

Kevin Ruble, a worker from Family and Community Services who collects the bins, said he is always amazed by the generosity of Kent State students who regularly fill up the collection containers with food and clothing donations.

“No matter where we put the container, they fill it up,” Ruble said.

The second phase of collection typically takes place in June or July, after Hummel and his staff have time to go through the emptied dorm rooms and gather up what is left behind, which always includes a number of bicycles and plenty of other items, too.

“There are clothes, shoes, electronics, it’s a real mixed bag,” Hummel said. “There’s always a lot of TVs and rugs.”

Often students do not want to transport bulky items back home or may no longer have a use for them after they move out of the residence halls, he explained. 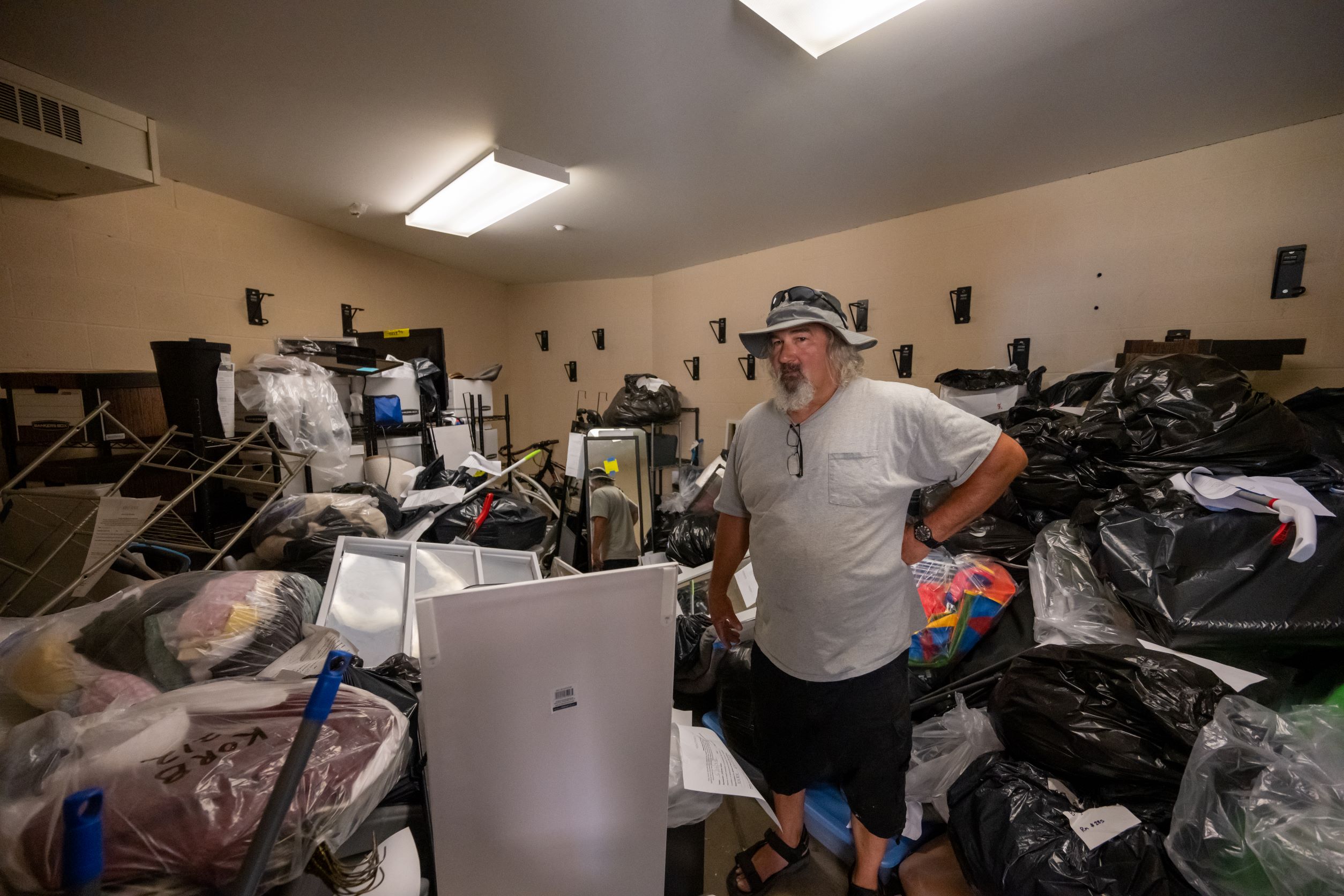 d Ruble bring the agency’s box truck to load up the castoffs, which are then given to the needy in the Kent-Ravenna area.

“But it’s more important than that, " Knowles said. "The clothing, food and other items that are donated by students and collected by Family and Community Services go to people in need in our community."

Pollard explained that the Throw-N-Go program began in 2004 and operates out of the County Clothing Center in Ravenna. She said the Throw-N-Go collaboration was born after a group of several Kent State employees identified the large amount of good, usable clothing and other items that students were throwing away or leaving behind on campus that could be redirected to those in need.

The number of items collected approaches about 90,000 pounds annually, although the pandemic impacted that amount in recent years, Pollard said. No collections took place in 2020. Since 2014, more than h 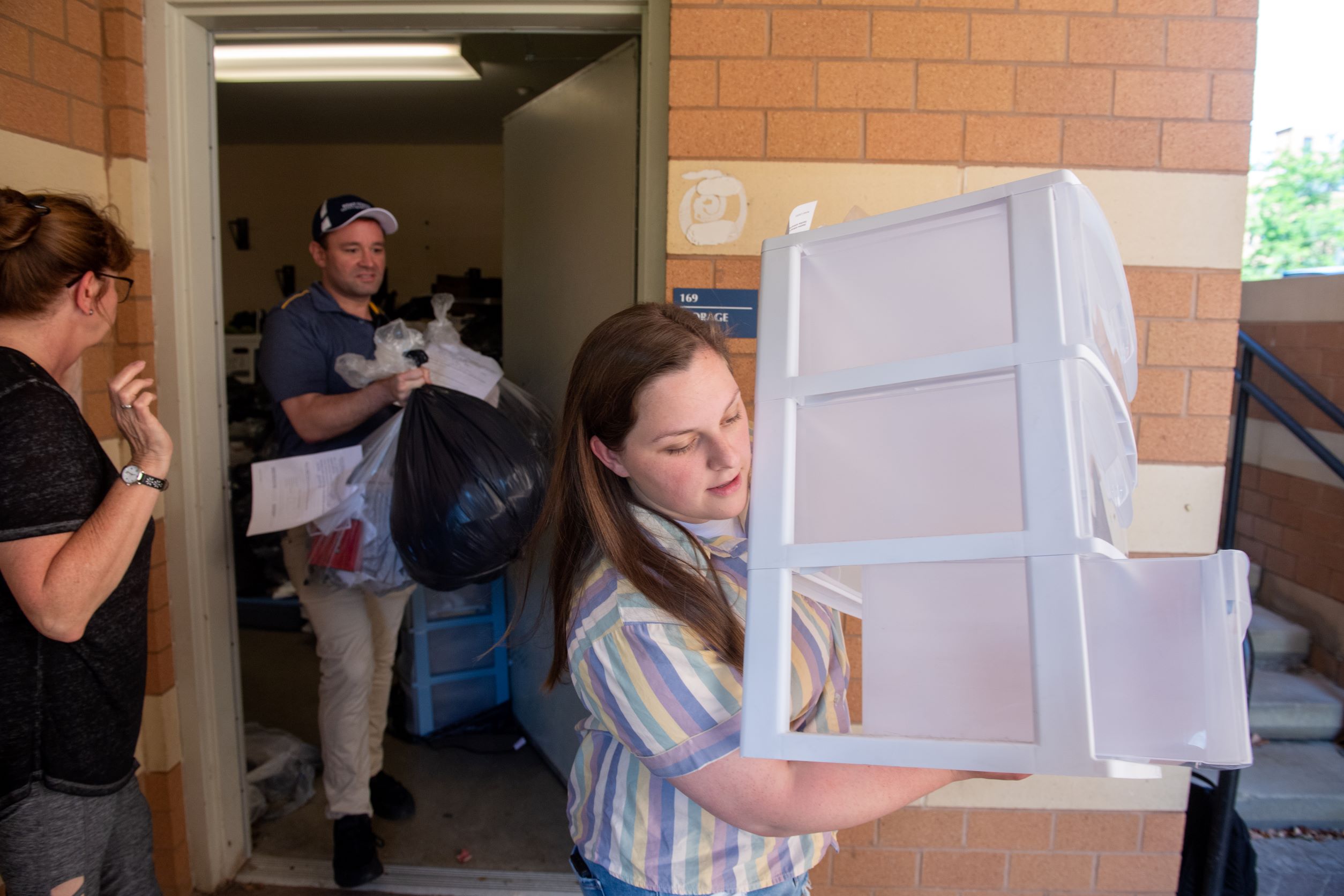 alf a million pounds of food, clothing and other items have been collected, Pollard said.