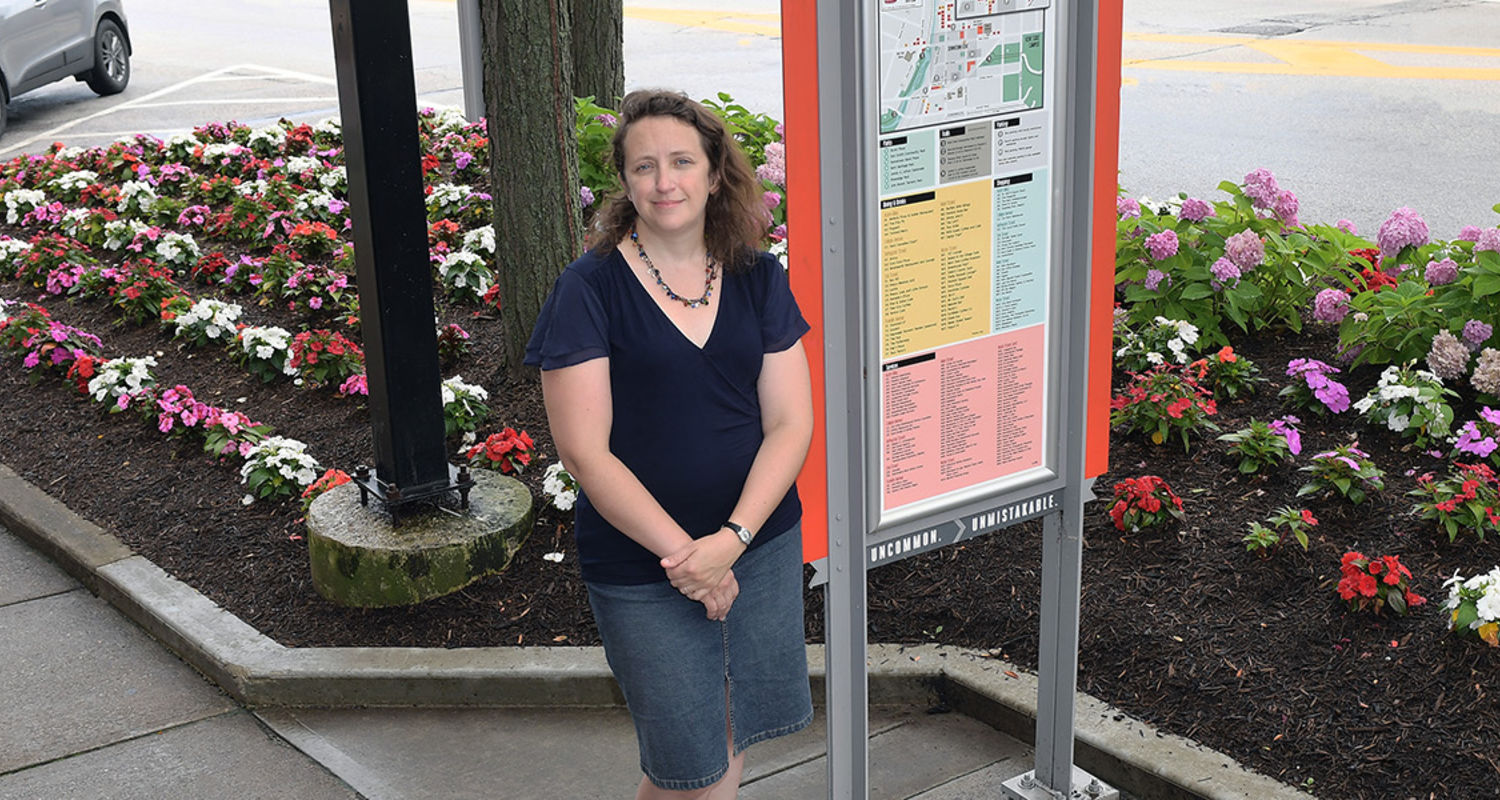 Kent State University Assistant Professor Jennifer Mapes, Ph.D., was honored with the Volunteer of the Year award by Main Street Kent during the organization’s annual awards celebration. Main Street Kent is a nonprofit organization focused on the revitalization of downtown Kent and is an affiliate of the national Main Street program and the Heritage Ohio program.

Mapes, a faculty member in Kent State’s Department of Geography and a member of Main Street Kent’s design committee, received the award for creating kiosk and online maps in downtown Kent.

“I was really flattered to be recognized by an organization that I respect so much and has played such an important role in the revitalization of downtown Kent,” Mapes says. “It’s been a great collaboration, and I look forward to continuing to work with them on many future projects.”

Mapes says that she got involved with creating the downtown kiosks and maps because she has been a fan of the National Main Street organization for as long as she had been studying small towns, and was impressed with the work done by Main Street Kent.

“I was excited to see that they were working with the city to install map kiosks around downtown,” Mapes says. “They sat empty for a few weeks, and so I emailed them asking if they’d like me to work with them to make the maps, and they said yes! We’ve been working together since then to create these maps and update them annually.”

Mapes also is helping to make smaller locator maps around town; creating an online map for the Main Street Kent website, with the help of Nathaniel Lee, ’16, Kent State alumnus and current master's student in the Department of Geography; and creating maps for a variety of downtown festivals, including the upcoming Potterfest.

The Main Street Kent awards ceremony celebrated the accomplishments of the organization in 2016, including the successful Art and Wine Festival, receiving three awards at the annual Heritage Ohio conference, beautifying downtown Kent through the Adopt-A-Spot program, clean-up days and graffiti removal, bringing the Inside|Out Art Program to Kent, hosting the Clydesdales and much more.

“It’s more of a social gathering in a casual atmosphere, so we can thank our people for all they do for our organization throughout the year,” says Heather Malarcik, executive director for Main Street Kent.