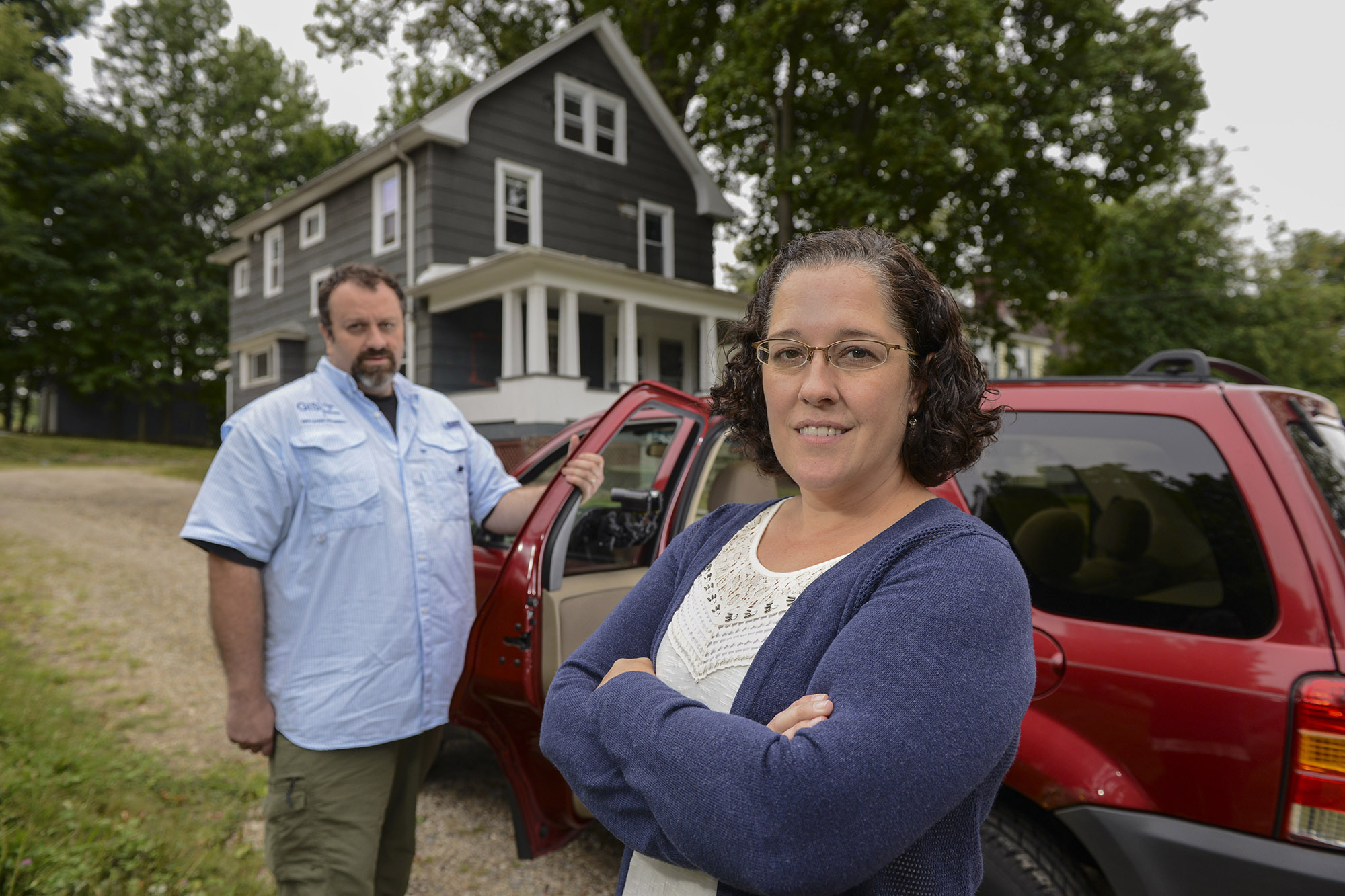 Kent State University Geography Professor Andrew Curtis and his doctoral student Laura Schuch, in the College of Arts and Sciences, have developed mapping approaches that can help predict neighborhood lead exposure in children which continues to be a health concern in older neighborhoods, including several in Akron, Ohio.

The team used street-by-street mapped data, along with blood/lead level samples, to identify and contextualize hotspots of lead exposure. The team then developed methods to help predict where hidden cases may exist.

“Our team focused on mapping risks at the individual house level and the immediate surrounding area,” Curtis said. “Currently, health and community leaders only become aware of the problem after a child has been exposed, which is too late. We hope to be able to predict where future exposures may occur.”

Using geographic information system mapping approaches in combination with other cutting-edge geospatial technologies and a neighborhood lead index constructed by Schuch, detailed information about the buildings along a street can be linked to where lead exposure cases have occurred. Once found, these same patterns can be looked for elsewhere.

For 10 years, Curtis and his team have been developing spatial video approaches to work on a variety of different health, hazard and crime situations. This technology allows each building to be mapped according to its state of repair.

The video is linked to a global positioning system (GPS) so what is seen in the field can then be mapped in the lab. In this way, telltale visual evidence such as a flaking paint type and general disrepair can be mapped, which when combined with other local data such as housing age, can be used to make predictive maps of lead exposure.

A further development pioneered in Kent State’s GIS/ Health and Hazards Lab is the geo-narrative, which adds an expert ride-along commentary to the spatial video.

Experts from Summit County Public Health have provided invaluable insight into the local lead problem. Using computer code developed by Eric Shook in the High-Performance Computing and GIS Lab at Kent State, these narrations can be mapped to lay on top of the neighborhood maps and lead exposure locations.

This project is one of several ongoing collaborations between Kent State’s GIS/Health and Hazards Lab and Akron Children’s Hospital.

Photo Caption:
Laura Schuch is a Kent State University doctoral student with the Department of Geography researching the prevalence and distribution of lead paint in older structures in Akron, Ohio, neighborhoods. With her is Kent State Geography Professor Andrew Curtis.