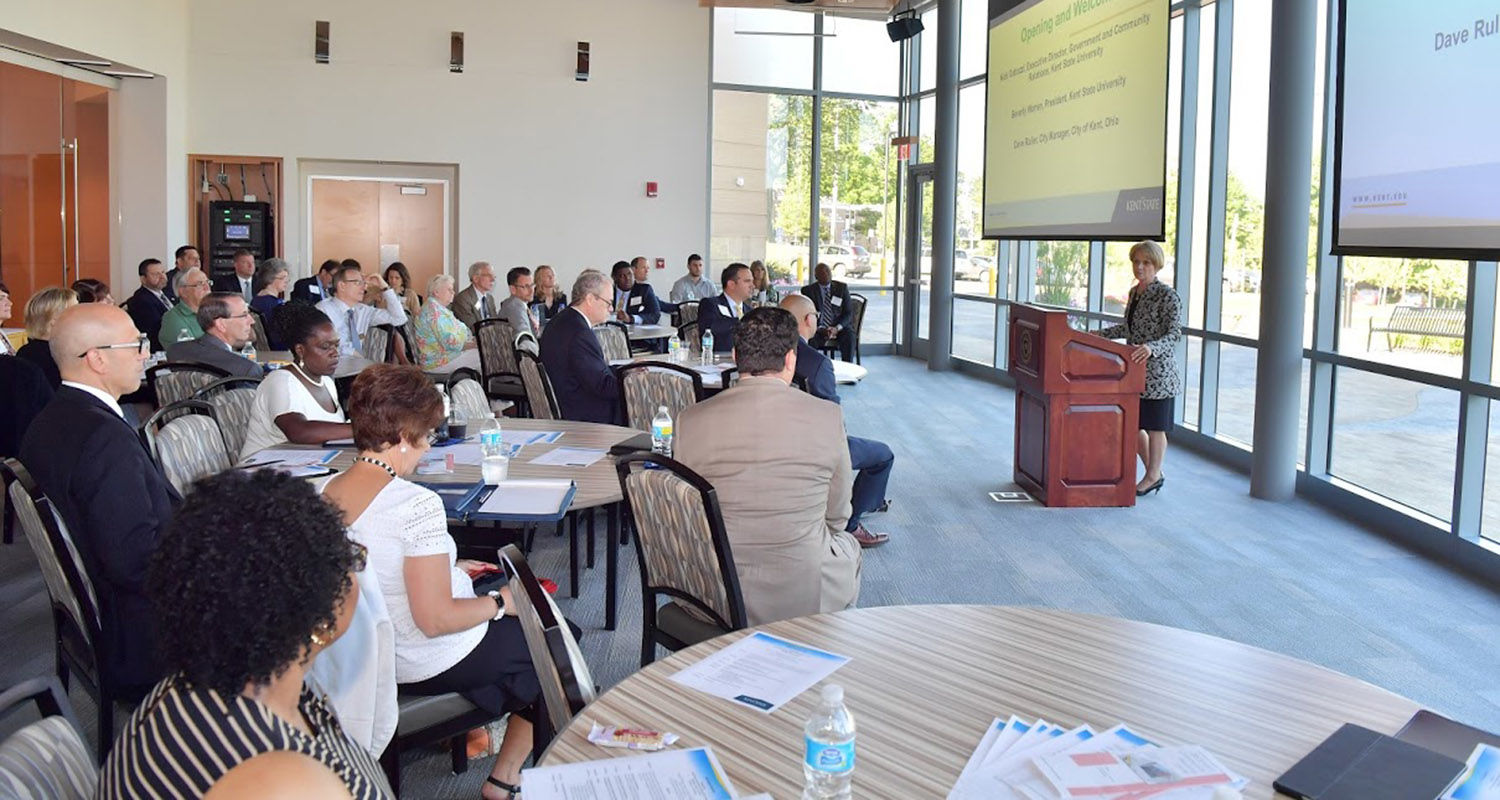 Kent State University reaffirmed its relationship with the city of Kent by recently hosting two town-gown events on the Kent Campus. The events included a Housing Summit coordinated by Kent State’s Office of Government and Community Relations and the annual Town-Gown Dinner hosted by Kent State President Beverly Warren. Both events took place at Kent State’s Center for Philanthropy and Alumni Engagement and signaled the continuing strength of the university and the city’s relationship.

Understanding the importance of the relationship, the university and the city partnered to conduct a study of housing in the community. The result was the “Comprehensive Community Housing Study and Needs Analysis.” The purpose of the Housing Summit was to review the data produced by the study, which will help the city in identifying possible housing priorities and strategies that will promote the development of needed housing opportunities throughout the community. 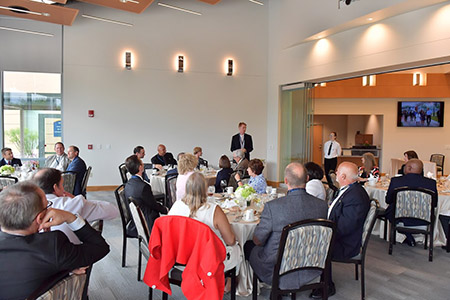 City Manager Dave Ruller echoed those comments and also talked about the many calls from other university towns asking how the city and university have developed such a strong relationship between town and gown.

Todd Diacon, Kent State’s senior vice president for academic affairs and provost, presented the enrollment trend data and expectations for the next five years, while researchers from Allegro Realty Advisors presented the summit with a data-intensive briefing of the study’s findings.

Changing city demographics and the cascading effect of Kent State’s enrollment on the city’s housing stock was the impetus for the study, which looked at five areas: on-campus student housing, off-campus student housing, single family owner-occupied housing, age restricted/55+ housing and affordable housing. The second half of the summit provided a forum for discussion on the findings, which will allow the city to develop and consider housing policy options for the city.

Warren hosted the annual Town-Gown dinner, which was attended by an extended roster of senior leadership from the university and the city, including Ruller, Mayor Jerry Fiala, members of the city council and the administration. This annual event focuses on building personal relationships that both strengthen and deepen the ties between the city and university.