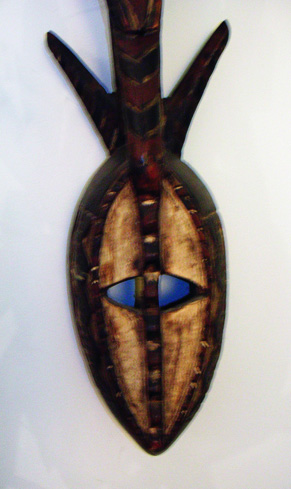 The IAAA/New World Studies has been so named in order to signal the Institute's focus on a geographic and cultural framework that is indelibly linked to the movements of Africans and capital which incited the creation of modern North and South America. Through this reference, we indicate our perception of a need for a paradigmatic shift which goes beyond but also includes the concepts of area studies and diaspora studies. We note that the New World is undergoing a profound transformation due, among other things, to the effective collapse of time and space as a result of new communication and travel technologies. These innovations continue to add and sustain global communities which share ideologies or ethnicity but are not confined geographically. We believe that the Old World/New World dichotomy is quickly becoming anachronistic, and forward looking research should look at the ramifications, whether cultural, economic, political, financial, or health-related, of this transformation. The term as we apply it therefore has historical implications; recognizing a world in transition As an Institute that was created more than twenty years ago at Kent State University to respond to student concerns about the lack of courses and research agendas which were about or spoke to African American students and their particular histories, it is reasonable that at this juncture the agenda of the Institute be re-assessed so that it responds to current student concerns and research needs. In the 21st century curiosity about, interest in, and attachment to Africa are not limited to African American students. At the same time, African American students are mores sophisticated and aware of Africa than they were a generation ago. They are more cognizant of issues of race, gender, class and world disparities than previously. Further, the more significant the continent of Africa  becomes in world geopolitics and food production, for example, the more we can expect a growing demand for curriculum and research that enable students and professors to explore the meanings of these changes, as well as their individual relationships to such transformations. This is the challenge that we see that is facing the university community and the Department of Pan African Studies. Our lens focuses on the African American community, but in a community that is increasingly diverse, and which interfaces with other American ethnicities.

As North America evolves into a multi-ethnic society which discards its binary "black vs white" signature, multiple non-white ethnicities look to the history of the Civil Rights movement and issues of cultural integrity which were first brought to the forefront of public awareness and discussion by African Americans. We recognize the present danger that the African Diaspora (which in myriad ways engendered the New World) may not receive the scholarly attention it deserves unless research and pedagogy remain dynamic and reflective of current and potential social conditions. Thus, a re-framing of the IAAA focus is meant to stimulate new questions for research and new teaching commitment.

There are several salient issues that motivate us to add this addition "New World Studies" to the IAAA. In our era the United States has seen a dramatic increase in the number of African immigrants. The children of these immigrants, and their school colleagues, want to know more about Africa and African Americans; to study Native American, and Hispanic American history in a context that is inclusive. Historians and economists have made huge advances in the study and documentation of the impact of African peoples on the global economy, on the evolution of the modern state, and specifically on the culture and economy of the Americas.